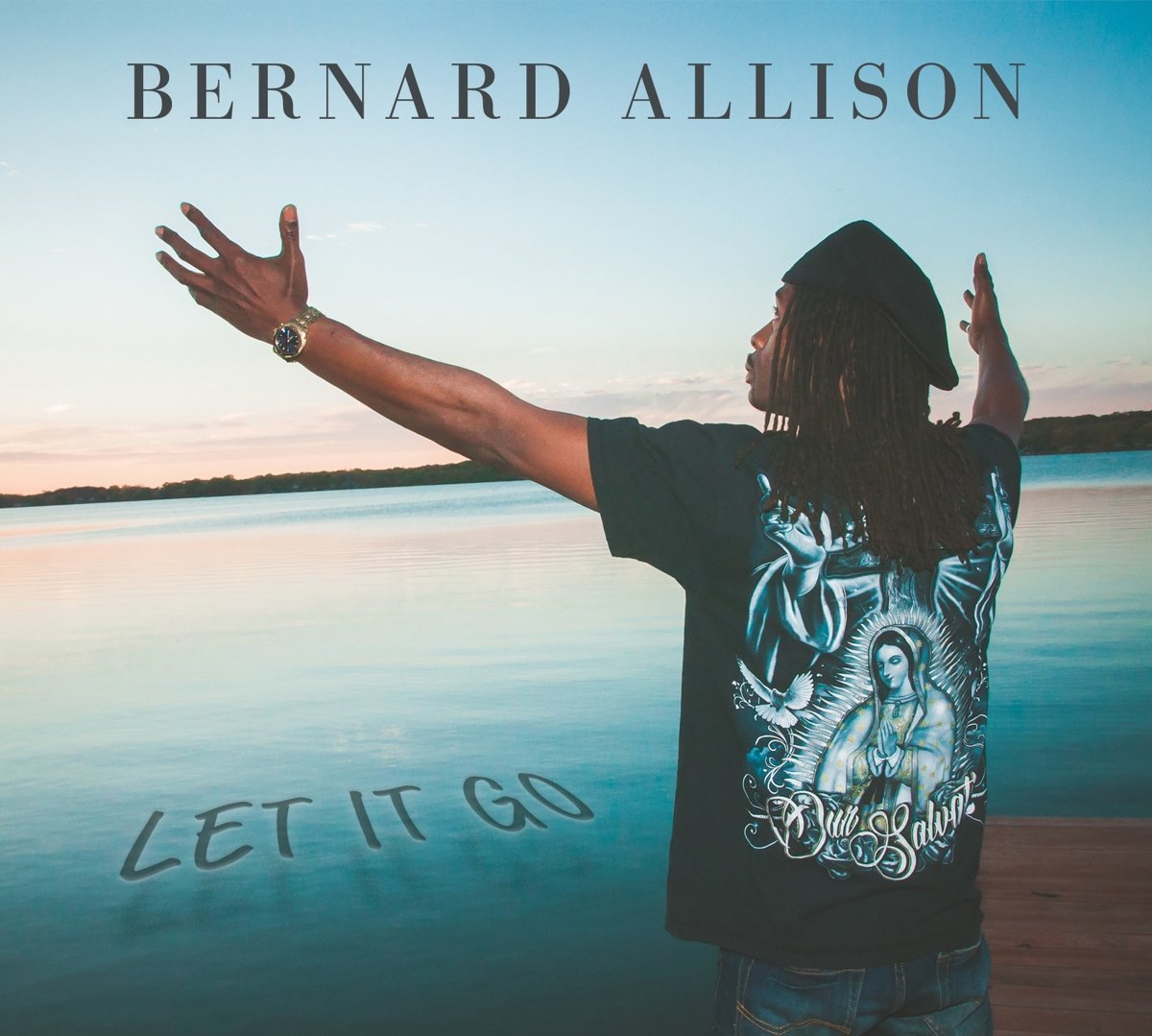 For many artists, a new record is like a new re-birth and this is a concept that singer/songwriter and guitarist Bernard Allison applies often in his records, especially when hard times hit him hard, as it happened in the making of his new album called Let It Go, using music as a therapeutic weapon to release all the negative things happening during the making of the new record.

His 18th album had indeed met deep obstacles to overcome, emotionally, for the American artist. The loss of a brother and a sister in a relatively short amount of time had a profound effect on Allison, somebody that, in his life, had often faced painful situation, starting from the premature death of his father, the great Luther Allison.

But Bernard Allison is not just an extraordinarily gifted musician, he is also a strong fighter. Aware of the fact that music has always been his only recipe to mend his pain, the artist threw himself in the recording of an album that would help him to alleviate this bad time of his life, with outstanding results.

Let It Go is an album that portrays, in our opinion, one of the highest, artistic moments in the career of Bernard Allison. The new album's lyrics ooze hopes, love, pain, anger and optimism and for each chapter of this journey in music, Allison balances superbly every moment of Let It Go through some of the best music he has ever recorded to date.

Allison's signature playing style embraces blues and funk in an irresistible, sonic alchemy, something that the guitarist applies often on Let It Go too. The difference is, though, that on Allison's new album every arrangement is such a perfect fit for the themes narrated on each individual track, mirroring exactly the moods and the vibes of every song.

The American artist amuses (Backdoor Man, Blues Party) and moves (Hey Lady and the emotionally melting closing track Castle, one of Allison father's less known songs) at the same time and plays each note on his guitar like it could be the last time he is doing so, with extraordinary passion and intensity.

Being the intelligent and versatile artist he has always been from a tender age, Allison stretches his music to different frontiers, applying layers of R&B when needed, as he so well does on the album's title-track.

Noticeably, where Allison certainly is at the peak of his brilliancy as a guitarist and as a singer and as a songwriter, at the same time his long-time friends and trusted fellow musicians of the Bernard Allison Band shine through the whole record with their artistry. From the highly entertaining scat-jazz vibes coming from the tune called Kiddio to the song Night Train, where the whole ensemble of musicians, Allison included, reaches an apotheosis of musical perfection, Mario Dawson on Drums, Tambourine and Backing Vocals, John T. McGhee on Rhythm Guitar and George Moye on Bass Guitar stretch their musicianship to new highs.

Let It Go, in its making, could have been a very tricky album for Bernard Allison to record and release, given the circumstances the artist went through at the time. Instead, Allison chisels one of his personal masterpieces and one of the stand-out albums of 2018 so far. A record that exudes, in its lyrics, an overall love for life and displays an artist in one of the most creative peaks of his career.