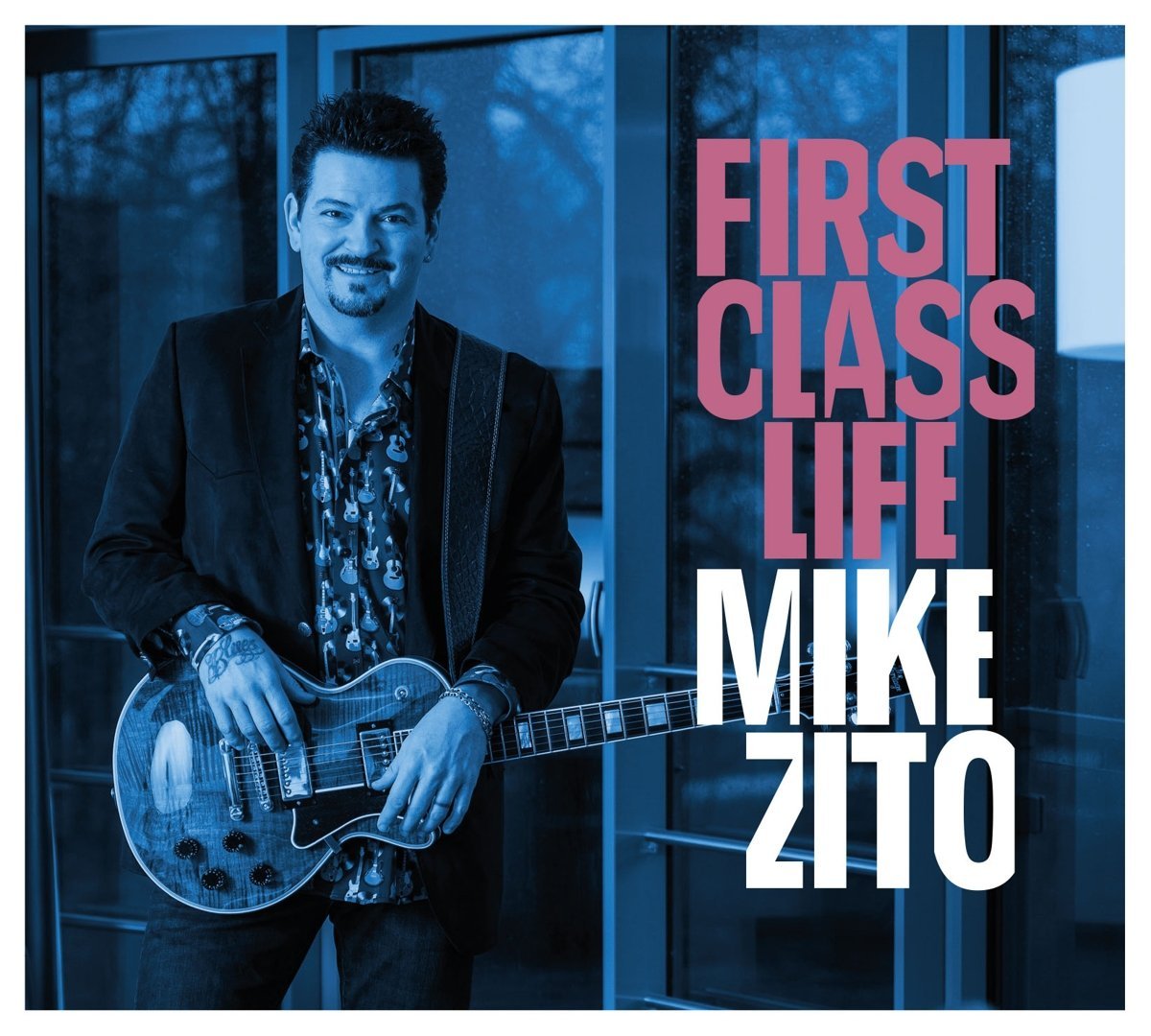 Two glorious decades spent into the music business expressing immense artistry and 14 albums under the belt would make most musicians wanting to slow down and enjoy the fun side of making music.

Maybe many would do so but not the Missouri-born guitarist, singer/songwriter and producer Mike Zito. At this stage of his life and music career, Zito is creating, as the years go by, artworks under form of records of a remarkable depth, quality and intensity, in an unstoppable, artistic progression developed especially in the last 5 years, since the Gone To Texas album.

His brand new album, called First Class Life, is an all-around celebration of Zito's musicianship, of his devotion and deep respect for the Blues and his new found in recent years, huge joie-de-vivre, something that transpires every time that Zito makes a record or performs live.

First Class Life is certainly an album that means a lot to Mike Zito, both on a personal and a musical level and this feeling emerges from the first notes of the ballsy, up-tempo bluesy opener Mississippi Nights, where the artist, by adding some touches of Southern Rock to this highly entertaining tune, shows once again his unique ability in marrying the principles of Traditional Blues with layers of sound from different genres, giving to the song a more contemporary cut.

By listening to the whole album, it becomes more and more evident Zito's intent to demonstrate his appreciation for Blues in all its forms through the songs of First Class Life, from what it can be described as "Classic Blues" by the purists of the genre to the different transformations and transitions that the Blues itself has been through in the last half century.

One of the greatest qualities of such an extremely well written and played record is Zito's ability as a racounteur, either when he gets more personal or when the guitarist is telling somebody else's story. The artist's effortless talent of being either brutally honest about his past life (..."When I was down, I was down on my knees..." "I've got a second chance of living a First Class Life") or to talk, in true light-hearted Zito's style, about a story that his fellow friend and very talented musician Bernard Allison told him about the great Koko Taylor not being inclined, in the slightest, to unusual guitar effects while playing live and then translated, in collaboration with Allison himself, in that splendid, catchy tune called Mama Don't Like No Wah Wah, is a vital element that enriches the album of a virtue that not many blues/rock sadly contain any longer.

Among Zito's many talents as a musician, while many know the Texas-based artist as one of the best guitarists of the current generation of worldwide Blues/Rock (his guitar solo on the song called Old Black Graveyard is of a breathtaking beauty), on First Class Life is also particularly noticeable the high standards of Zito's vocal performances displayed in all the songs included in the artist's new record. From the album's title-track to that amazing statement of eternal love that is the song called Dying Day, Mike Zito's vocals are as passionate and profoundly touching as his passion for music overall is, another incontrovertible sign of the high artistic maturity reached by the American artist on this faultless record.

First Class Life is not just a First Class Record from Mike Zito but it marks as well and most importantly, the pinnacle of the music career of an artist that fully understands and appreciate the universal language of music, executing it, especially through this record, with respect, class, some little touches here and there of irony and, most of all, an abundance of talent second to none. One of 2018's best records and one of the best Blues/Rock albums of the last decade.