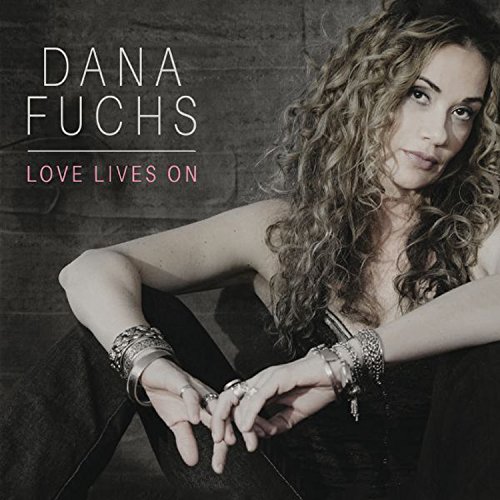 There are few things in somebody's life really difficult to share with the rest of the world, especially when it comes to talk about anxieties, fears, dreams and hopes. On this subject and having said that, there are very few artists worldwide left able to strip their souls down in such an honest and at the same time, spiritual way as well as the American singer and songwriter Dana Fuchs does.

On her brand new record just released and called Love Lives On, the New York-based artist, despite coming from a very intense couple of years in her personal life, has managed to chisel, through this new album, an authentic musical masterpiece that highlights all the enormous artistic skills that Dana Fuchs possesses. Her voice is more powerful than ever, her autobiographical lyrics reach a compositional level of great depth and Fuchs' grit as a performer, on Love Lives On, resounds more alive and kicking now more than in any of her previous works.

There is a strong emotivity that runs through the songs included in the album, through lyrics related to multiple personal and private aspects of the American singer's life. One of the greatest virtues of Love Lives On is that of having arrangements of extraordinary quality that fit, almost magically, to each of the stories narrated in the songs written by Dana Fuchs.

From the metropolitan tale of the song that opens the album, Backstreet Baby, with a captivating melody imbued with R&B, through the amazing vocal performance in Memphis Soul style of Callin 'Angels then up to the intimate Folk vibe of Battle Lines, the emotional journey that Dana Fuchs builds throughout the whole record exudes absolute and disarming sincerity and catalyzes the listener's attention from the first to the last note of the record.

Without a doubt, there is a new found energy factor in the songs of Love Lives On. The choice made by the American singer-songwriter to surround herself, for the making of this record, of an ensemble of musicians coming from the Memphis area (together with the faithful Jon Diamond at the guitar, Fuchs' artistic companion for many years), has contributed decisively in highlighting the eclectic and sublime vocal skills of the New York-based artist in many songs of the album, including Sad Solution, Same Sunlight and the cover of Otis Redding Ain 't Nobody's Fault But Mine, among others.

Love Lives On is, as mentioned, an emotional journey and like every journey linked to one's feelings and moods, there are moments of uncontainable energy but also those a bit more sad, related to loss and memories. On the latter, the title track of the album, a song in which Dana Fuchs refers, most likely, to the loss of her mother, is one of the absolute highlights of this record, both in terms of quality of the vocal delivery and songwriting.

The closing track of the album is a cover of one of Johnny Cash's biggest hits, Ring Of Fire, a song maybe chosen by the American artist to symbolize a circle of life that went through the full length, in Fuchs' case, in the last 24 months of her life through the loss of her mother, the birth of her first baby, then right to the announcement of her own record label, called Get Along Records.

Love Lives On celebrates, in Fuchs' own words, "hope and perseverance". In many respects, this record represents also a personal and artistic re-birth for the American artist and gives full justice to the bags of talent that the singer/songwriter is naturally gifted with. May Love Live On forever, in Dana Fuchs' life, if it inspires her to release records of such class and beauty like Love Lives On truly is.