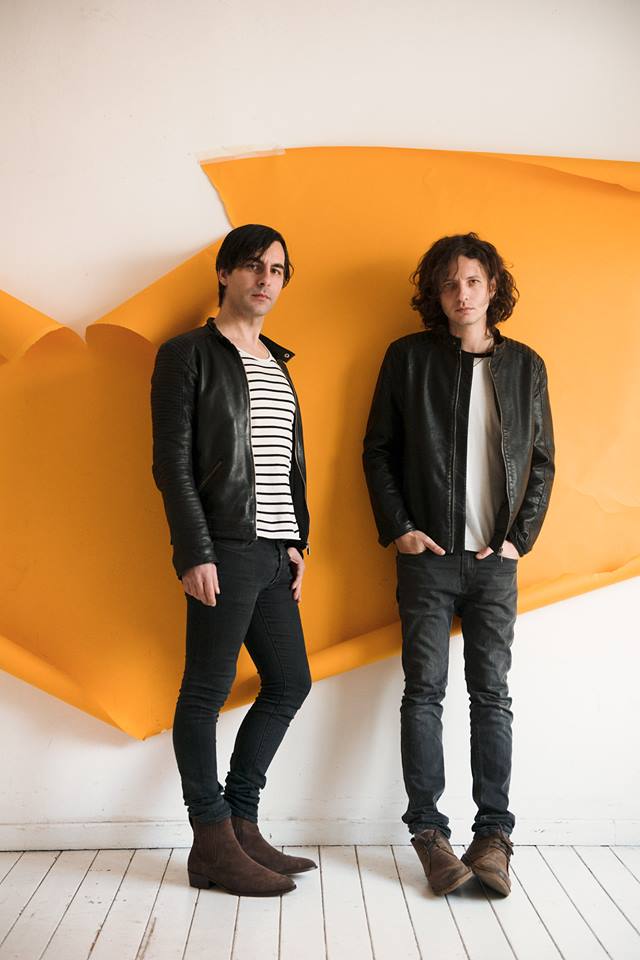 In the current state of the music business, it is rather refreshing to have artists that, since the beginning of their careers, have always challenged themselves as musicians by diversifying their artistic language on each passing record, without denaturalizing their musical roots but rather re-dressing such roots through the application of a fresh and exciting contemporary sound, thanks to their creative vision.

The Italian Powerhouse duo Adriano Viterbini (Guitars, Vocals) and Cesare Petulicchio (Drums) aka Bud Spencer Blues Explosion has applied said creative vision in their music since their 2009 self-titled debut album, where it was clear the intent of the band wanting to transport Blues and Rock, hand in hand, to the next decade through an innovative and original amalgam of Alt and Techno Rock, Mississippi Blues and 70's Blues/Rock,  with remarkable results.

To find the right balance between lyrics and sound has always been a very difficult goal to reach for many artists and this is exactly what makes Vivi Muori Blues Ripeti (the title of the album was inspired by a sticker that the band saw in Australia and then translated in Italian) a refreshing record built with great intelligence and artistic acumen.

In a record packed with lyrics often of a cryptic and minimalistic nature, the major challenge for the Bud Spencer Blues Explosion was to find the way to expand their robust, contemporary Blues/Rock and to dress each song in a fitting way that could reflect the message carried within the lyrics of the album.

The outcome goes beyond excellence; the obsessive slogans of the opening tune E Tu? gets wrapped in a irresistibly fascinating and pulsating sonic alt-rock blanket, thanks to Viterbini's clever usage of guitar distortions and Petulicchio's agile, hypnotic and captivating drumming, a playing formula displayed also in the equally enthralling song called Enduro, a tune that sounds like the most perfect and natural follow-up of the album's opener, stylistically speaking.

Viterbini and Petulicchio push their musical boundaries more than they have ever done on any of their previous records, on Vivi Muori Blues Ripeti. Di Fronte A Me, Di Fronte A Te is a tune that unveil layers of 70's Stax Soul that boost their Blues/Rock music manifesto even further,  giving a new and thrilling twist to the continuous evolution of their sound, a forward-thinking concept that the band applies also in another song called Presto Saro' Chi Sono, where echoes of World Music, added to an already magniloquent wall of sound, help to build an atmosphere of great intensity.

The band leaves the Zenith of their marvelous sonic pastiche right to the end, through the closing tune of the album called Calipso. The song wraps up beautifully the vision and the band's concept of how they see music, a nervous art form constantly evolving and expanding itself through new directions and assuming new forms. The central part of the song gets borderline psychedelic, with the usage of a light glockenspiel sound that, gradually paired with Viterbini's distorted sound coming from his electric guitar, bring the song to an exciting crescendo that soon reverts to something completely different by the time the tune ends. An apparent sonic dichotomy that, strangely and surprisingly, becomes the cohesive factor of this masterclass in futuristic Blues/Rock.

Vivi Muori Blues Ripeti is a record that fascinates, entertains, excites and challenges the listener on the current state of Blues and Rock and where they are likely to move them towards, in years to come. Most importantly, it is a record that confirms Bud Spencer Blues Explosion as one of the most creative and innovative Blues/Rock collectives worldwide able to inject new lifeblood in a music genre that in recent years has sometimes struggled to move forward. A record of immense beauty.