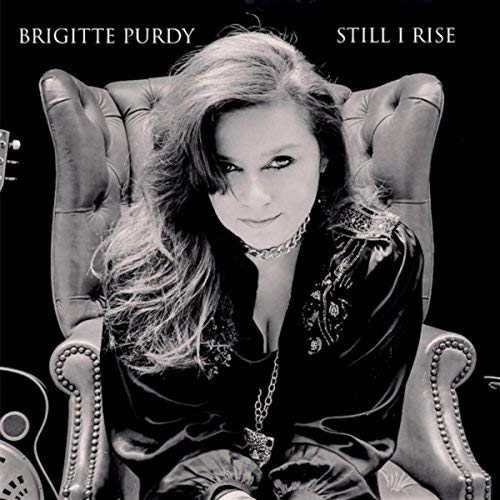 There are not many things in life as fulfilling as achieving your own dreams, no matter of what nature those dreams are. For the California-based singer/songwriter Brigitte Purdy, to release her first official record was something that this wonderful artist has strongly wanted to achieve for quite some time and she has finally and deservedly made it.

The release of a first full-length record is like the baptism of fire for every artist and the trepidation, the pressure and expectations that they put on themselves are immense, because they do not wish to start their careers on the wrong foot, understandably so.

On this note, to start on a wrong foot is not certainly the case of Still I Rise, Purdy's debut album, a record where the singer/songwriter expands extraordinarily well and skilfully the highly promising potentials shown on the self-titled EP that Purdy released back in 2016.

Brigitte Purdy showcases all the weapons that she has in her vast vocal artillery in such incredible style, on Still I Rise, by never spoiling her well-penned songs through over-stretching her singing style but rather delivering intense vocal performances with fabulous elegance and class.

The American artist, among her many skills, displays an incredible versatility as a singer, something that Bluebird Reviews already noticed on Purdy's previous EP. The opening tune called Hoodoo is  a full of grit and vocal stamina Blues/Rock, delivered with plenty of swagger by the California-based singer/songwriter and that is only a strong taste of things to come later on Still I Rise.

In an album packed with songs of great beauty, where Purdy really reaches the pinnacle of her artistry on many levels, it is on tunes with a more pronounced Soul and R&B sound, like, for example, Get It Understood or Blues Angel where the artist really shines strongly as a singer. Purdy's vocals are extraordinarily clean and the great quality of the musical arrangements on both songs provides the ideal sound carpet to feature Purdy's enormous vocal talent.

Still, Brigitte Purdy doesn't like to sit comfortably in only just a musical niche but she rather prefers to challenge herself with different genres, like the singer/songwriter does so beautifully in the highly entertaining Boogie that is My Kinda Blues or in the closing song of the album, the title-track Still I Rise, a Rock ballad where this very talented artist sings with particularly strong emotional depth, making of this song the perfect closing to a very strong and inspired record.

Still I Rise is an album that contains every possible ingredient needed to make a great record. Robust musical arrangements, well-crafted lyrics and, most of all, an artist capable of transferring her emotions from her singing voice straight to the listener, through a series of great songs and vocal performances of a very high quality. Just like a true Blues Angel is able to do.