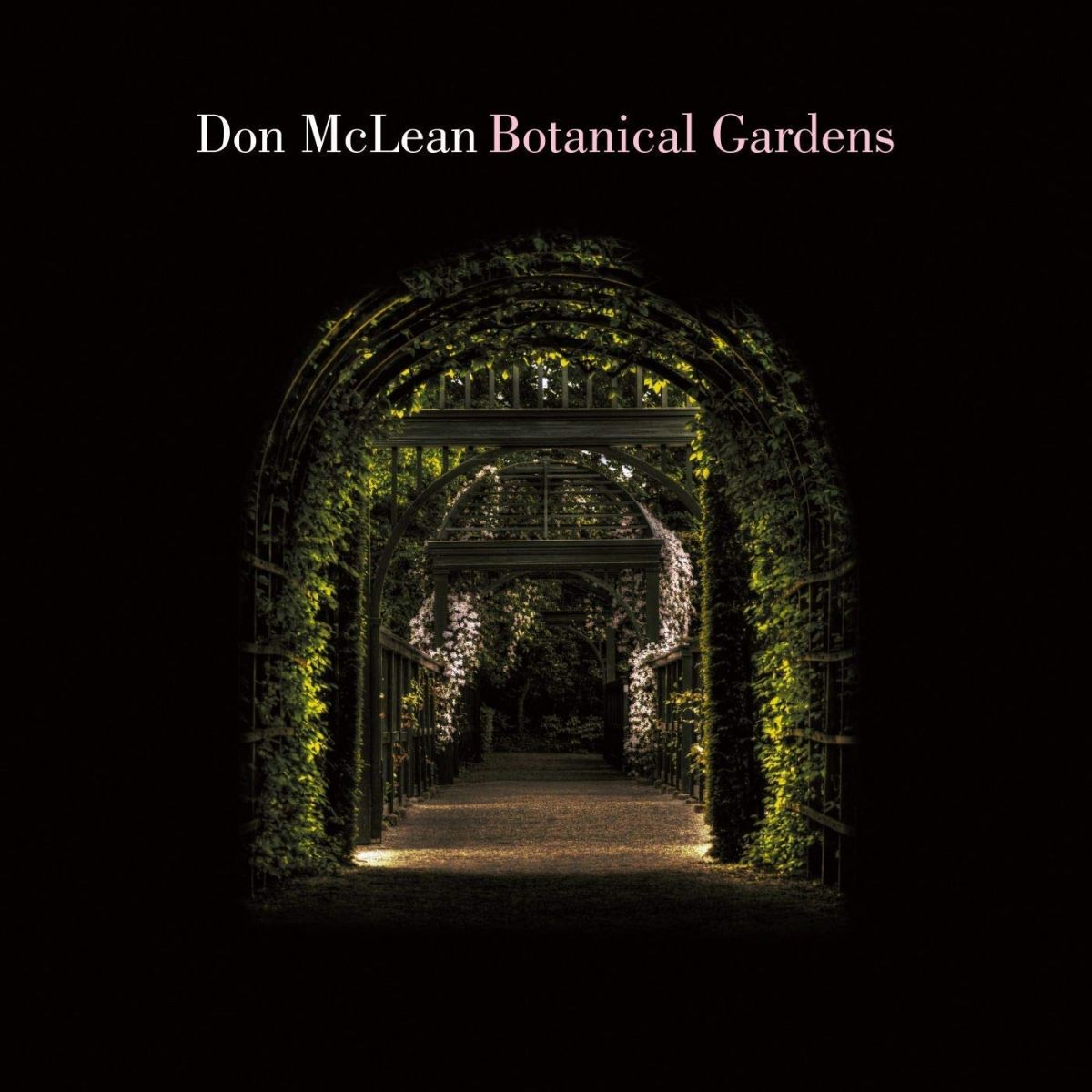 There are not as many pioneering artists left around as American singer/songwriter Don McLean. In a career span of almost half a century, McLean has been and still is one of the most prominent musicians in the history of American Music.

After an 8-years hiatus from his latest studio album, Addicted To Black, Don McLean announced, earlier this year, the release of his 19th studio album called Botanical Garden, one of the most significant works in the overall glorious career of one of America's most iconic artists.

McLean's new album is a sort of rite of passage for the singer/songwriter; recorded in Nashville at Watershed Studios, Botanical Garden sees an artist and a man still sipping avidly at the Fountain Of Youth, sometimes with nostalgia, some other times with the euphoria of a young boy ready to squeeze every ounce of life from the time he is living, as it emerges through the album's lyrics.

One of Mclean's most intimate and personal works, from a lyrical angle, Botanical Garden also display, musically, an artist able to catwalk into Country, Folk, Calypso, Ragtime and Rock with effortless grace, thanks to vocals of remarkable quality and also to excellently structured song arrangements, where the talent of the studio musicians accompanying McLean really shines through.

Botanical Garden is an album that entertains, make people reflects, bring back memories and helps to look at the future with optimism. Some of the songs included in this excellent record reach some of the highest artistic peaks ever reached by the American singer/songwriter, like You're All I Ever Had, Grief And Hope and especially the closing Last Night When We Were Young, the latter being a romantic serenade to lost youth and the beauty that young age carries within.

Artists like Don McLean just get better and better through times and an album like Botanical Garden clearly confirms that. At the tender age of 73, this giant of American Music has demonstrated once again, through this record, why he is so loved and respected by millions of music fans and the elite of the music business. A record of timeless beauty.

Botanical Garden is out now and it is available via Amazon