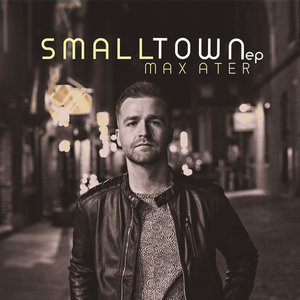 We very rarely, on our website, get to talk about artists sharing our same geographic roots. Just like Bluebird Reviews, the 25-years old pop/country artist Max Ater comes from the home state of Maine and, at his young age, he has got already quite a story behind him.

Back in 2012, age 19, this talented singer/songwriter won the prestigious show Maine's Got Talent, performing an all-original song and the following year, he released his debut EP called Up 'Till Now, a mini album where the young artist also produced the album all by himself.

When in 2016 then Ater met national popularity, thanks to his hit single called Easy, things started gradually to evolve, musically, even further for him, to the point that, when Ater had enough material for a second release, meeting drummer and producer Jason Hartless (Ted Nugent, Joe Lynn Turner, Mitch Ryder) was the missing piece to help the Maine-born artist to bring the right layers of sound to his brand new EP, due to be released on 12th October and called Small Town.

Ater's new offer has got certainly a lot of potentials, especially for extensive radio airplay. The five songs included in Small Town are not just, once again, a strong statement about the remarkable vocal skills that Ater possesses but also shows a musical progression for the artist who, on this new EP, found the right formula to balance quality and accessibility very well in his songs, something that it is very difficult to achieve, these days.

All the songs included in Small Town have got that particular feel-good sound, with well crafted bridge and choruses able to stick in your head for some time, songs that you may find yourself even singing them while you are having a shower or in a car road trip, somewhere in the States, with your best friends.

The title-track is, to us, certainly the song that shines a little more above the other, purely thanks to a great vocal delivery from Ater and an irresistible uptempo that just put you in a good mood for the rest of the day.

Max Ater has done a really good job on his new EP. Small Town has got all the right ingredients to do extremely well in the American music charts, through five songs that, vocally and musically, display a musician whose artistic growth is getting better and better as the years go by.