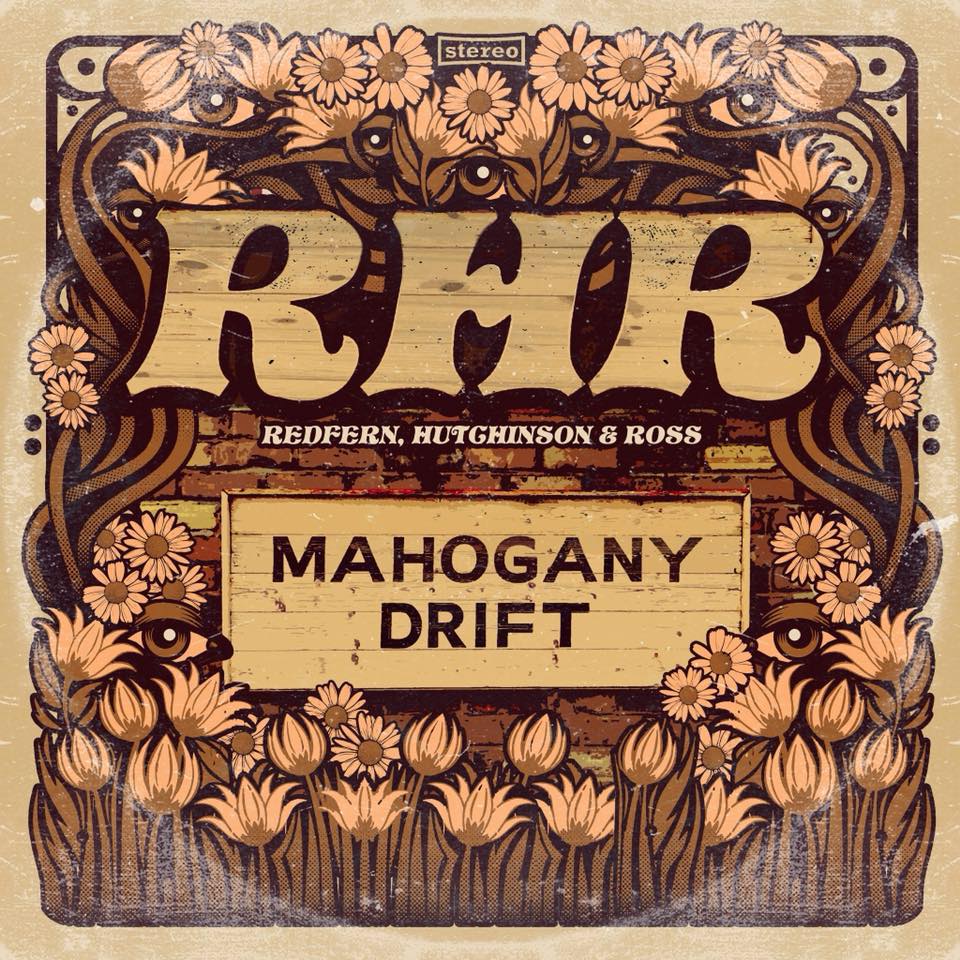 If there is any record in 2018 that can best sum the great shape of contemporary Blues/Rock in Great Britain, that record is certainly Mahogany Drift, an album-project put together by three of the finest and most promising Blues/Rock artists of the current British scene, Troy Redfern, Jack J Hutchinson and Mike Ross, under the acronym RHR, that clearly refers to their surname's initials.

Although having a common love and passion for Blues and Rock, the RHR project is not only a record displaying three different ways to approach Blues and Rock but serves also as a platform for the three musicians to showcase their own style and personal ability as singers, songwriters and guitarists, joining forces, from a songwriting aspect, just on the instrumentals that inspire the album title, Mahogany and Drift.

The quality of the material present on Mahogany Drift is truly impressive. Rather than disorienting their listeners with different layers of sound, through Hutchinson's distinctive 90's Brit-Rock sound with hints of Glam here and there, Ross' trademark Americana style infused with traces of Roots and Redfern's unique vision of Blues/Rock suspended between past and present, Mahogany Drift makes instead perfect sense to any true music lover in the way the album has been conceived and put together by the three British artists.

The songs chosen by the RHR Super-group are all superbly crafted. Mike Ross brings with him his full Americana sonic package, by distilling stompin' Blues/Folk tunes like Leviathan, Rock'N'Roll swagger in the playful Ghost Hound Rider and highly entertaining Southern Rock melodies through the opening tune of the album, called She Painted The Moon.

Jack J Hutchinson has been working very hard on his various music projects in the last 36 months of his artistic life, including RHR, without never losing focus and consistency on his ability to craft songs of powerful impact, in terms of melodies and songwriting. The three songs brought by the Leicester-born artist, Solemn Song, Rapture and Holler, encapsulate once again Hutchinson's skills on many levels, showing the guitarist and singer/songwriter's inner ability to perfectly dress his lyrics in the most congenial and most appealing form every time, from a sonic perspective.

Unanimously considered by the British Music Press as one of the most visceral, passionate and inspired Blues/Rock artists of the current generation of British artists, Troy Redfern is somebody that never disappoints artistically in any shape or form, every time the Welsh-born artist releases new material. The three songs Redfern brought with him to be part of the Mahogany Drift album, like the lyrically (and vocally) powerful Judgement Day, the wild and beautiful Satisfied, with a mesmerizing wall of sound of blasting Blues/Rock guitars and the charged up and energetic American Rock tinted closing track of the album called Miles Away, speak volume about the skills of this excellent guitarist and singer/songwriter.

The RHR Project assembles three artists with three different styles but united by a strong musical bond. Whether this is just the start of a music project that will go on for some time or a one-off release, Mahogany Drift remains a record of great artistic significance that will stand the test of times and will hopefully inspire many more musicians out there to be the future torchbearers of the British Blues/Rock. Just like Ross, Redfern and Hutchinson are, right now.