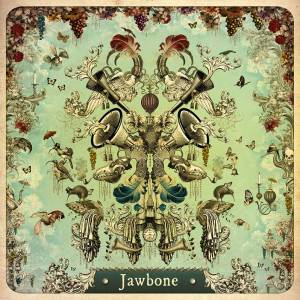 In days like these, where music in its globality lacks of originality and, in some cases, also of musicianship, it is so wonderful to get a breath of classy musical fresh air through the release of the eponymous debut record of the London-based band Jawbone.

Inspired by a song title from The Band's second album, this collective made by four extremely skilled musicians started taking shape and form back in 2008, unbeknown to both Jawbone's lead singers Marcus Bonfanti (Vocals and Guitar) and Paddy Milner (Vocals and Keyboards), when the two artists, who had already a common passion for 70's Folk, Roots and Blues music, lived in the same place for a while in a North London house share.

Joined in a later stage by the extraordinary rhythm section formed by Evan Jenkins (Drums and Percussion) and Rex Horan (Vocals and Bass), it was just a matter of time until this exciting collective would get together in studio and assemble 10 songs of breathtaking beauty.

Lyrically, Milner and Bonfanti took the songwriting cue for their debut album from different aspects related to life and what life has brought to them in a good way or in a lesser one, some times, but fundamentally appreciating, through their lyrics, that it is all part of that never ending school of life called experience.

From a musical aspect, the common love of the band members for a 70's Blues/Rock sound with tinges of Folk here and there emerges from the first notes of the opener tune Leave No Traces, a splendid song where the vocal link between Milner and Bonfanti is so smooth and draws harmonies and melodies of formidable intensity.

But this is just the beginning of a truly captivating sonic and lyrical journey that Jawbone are taking us to. When Your Gun Is Loaded is a very evocative ballad of Americana style about finding the right thing to say at the right time, narrated vocally by Milner and Bonfanti (often joined by Rex Horan creating a sublime three-part harmony on some of the album's songs) with the class of experienced troubadours.

To pick and choose any of the songs off the album is an extremely difficult thing to do. Evan Jenkins' work on drums is pitch perfect throughout the whole of the Jawbone's album but it is particularly inspired, in our opinion, on the song Family Man, another great example of contemporary Americana that should, thanks to this wonderful record and this wonderful band, be renamed Britishana.

Every stop of Jawbone's journey on their eponymous record is filled with enormous musicianship; the classical piano intro from Paddy Milner on the song Bet On Yesterday creates a bridge between Ambient music, Folk and Roots, his vocals lifting a song that displays great elegance and understanding of writing music using each of the band member's talent to build a song that has got a unique pathos to it and exquisitely executed with great artistry and class by Milner and all the band members.

There is a certain honesty and sincerity not just in the way that Jawbone approach sonically every song but also in Bonfanti and Milner's songwriting style. Sit Round The Table is one of the most soulful songs of the album and, at the same time, a tune that helps to explain the strong friendship and musical bond between Milner and Bonfanti. A ballad that has not just a great value of meaning for the two songwriters but also for whoever has got, in their personal lives, a gift of incalculable value that is true friendship.

Jawbone's music feels like an artistic mosaic, where each of the band members fit in the right place at the right time, through their musicianship. The closing tune The Years Used To Mean So Much is pure poetry in motion. Milner's opening vocals, built on an acoustic layer of piano solo are evocative, soulful and touching. When he is then joined by the rest of the band and by Bonfanti on vocals, the song takes an extra leap to music immortality, the place where this album is, in our opinion, destined to reach.

Jawbone is one of those rare records that helps to reconcile with the meaning of the word "artistry" in its entirety and makes you fall in love with it at first listen. One thing for sure, Jawbone is one of the best British records ever made in the last two decades not just in Great Britain but worldwide. A timeless, precious artistic gem of immense beauty.