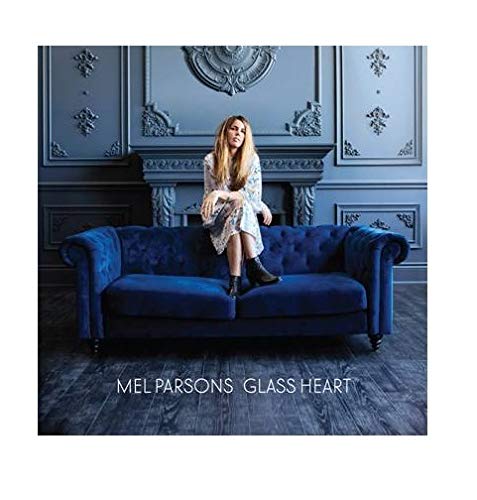 In later years, there has been an impressive number of talented music artists coming from New Zealand able to create records of great quality and emotional impact, either musically or lyrically. In that respect, the young singer/songwriter and Indie/Folk artist Mel Parsons has been doing both things very well on a remarkable level for few years, now, receiving a lot of unanimous praises for the quality of her body of work expressed on each of her previous albums from the music industry worldwide.

After a three years gap from Parsons' 2015 very successful album called Drylands, there was a lot of curiosity and expectations coming from both fans and music press, about the next artistic move in the career of a such promising artist.

Through the release of her brand new album, Glass Heart, Mel Parsons has certainly fulfilled and even exceeded everyone's hope that the singer/songwriter could deliver another album of the same standard of her previous one.

From a vocal and a lyrical perspective, Glass Heart sees the singer/songwriter leaping two notches higher than any of her previous releases, thanks to an extraordinary combination of very inspired storytelling capacity and a series of vocal performances of sublime intensity.

Among her many artistic qualities, Mel Parsons is also an acute observer of everyday's life and relationship between men and women, something that emerges extremely well especially in songs like the album title-track or the closing What Would You Change.

Glass Heart is also an album where melody is a constant element that emerges triumphantly from each of the album's songs. It becomes therefore very difficult to pick one or more songs off the album as highlights, because that wouldn't give justice enough to a record armed with great arrangements, choruses and bridges.

Then, there is Parsons' Voice. That Voice able to disarm and surprise the listener in every passage of the record, just like singers like Cat Power or Alison Krauss would be able to do. A Voice of an ethereal and otherworldly beauty that, to our website reaches the very peak of perfection in Parsons' career in a song like Dream Find, a song that truly captures the whole essence of Mel Parsons' artistry.

We had to wait three years for a new record from Mel Parsons but the wait was well worth all along. Glass Heart displays in full the maturity of an artist in constant growth, able to balance every element of her music extremely well and with great class and intelligence. A truly splendid album.

Glass Heart is out now and it is available via Amazon