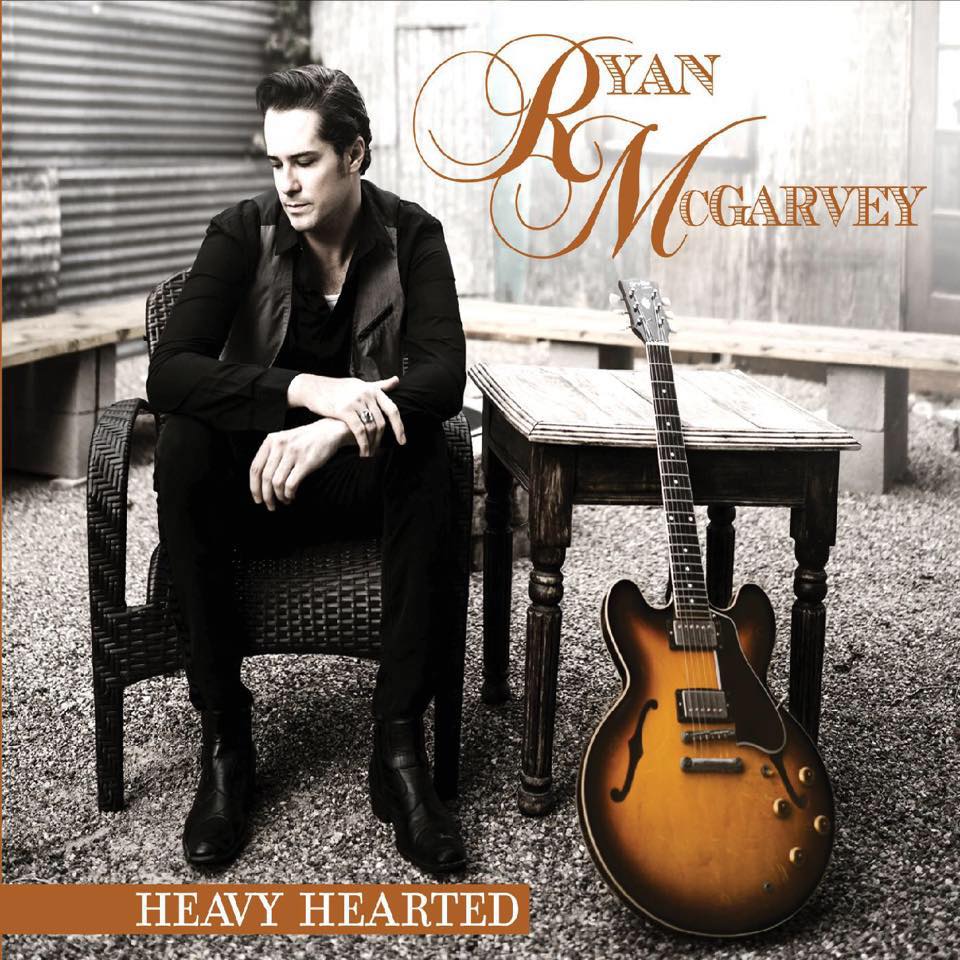 There has always been, in the music business, an old saying about the fact that great albums are made through difficult circumstances and the past decades of music have amply proved this old saying.

A music genre that has often been associated with personal losses, hard times and difficult circumstances is the Blues. The very same genre that formed and shaped the solid roots of Rock And Roll, a genre that has allowed (and still does) many artists, through the years, to give voice to the pains of their heart and souls, either through their lyrics or through an instrument that, since the dawn of Blues, has symbolized the whole concept of being a Blues musician, the guitar.

Somebody that fits perfectly into this context is Ryan McGarvey, an extraordinarily talented guitarist and singer/songwriter from Albuquerque, New Mexico, who has released a brand new record called Heavy Hearted, the first studio album since his last 2014's highly acclaimed The Road Chosen.

Despite the long hiatus, McGarvey has though continued to write new material through the years, so much so that the guitarist had enough songs to make at least 3 or 4 records, with all that he had written.

But then, personal circumstances brought the American artist to reconsider what his new musical installment should have sounded like and, more importantly, what kind of meaningful message the new album needed to carry within its lyrics.

The emotionally challenging genesis behind the making of McGarvey's new record has allowed the guitarist to unleash not only another side of the American guitarist's great artistry, but also the inner pain caused by the aforementioned circumstances, using music as a cathartic vehicle to produce what is, in our opinion, McGarvey's best studio album to date.

Heavy Hearted is the ultimate manifesto of McGarvey's ability and talent as a musician and of his deep understanding, knowledge and appreciation of Blues, Rock and Blues/Rock at 360 degrees. The guitarist's new record is a pyrotechnic display of raw emotions expressed through McGarvey's astonishing guitar playing and through lyrics of deep, personal significance for the American artist (...I may be broken but it could be worse, at least I'm standing on the right side of the dirt...).

Running through the album's track-list, there is almost a century of music history travelling through the 12 originals written by McGarvey and included in this masterful record. There are echoes of Mississippi John Hurt, in the short instrumentals that open and close Heavy Hearted or in a powerful tune like Six Feet In The Ground. There is the heartwarming sound of B.B. King's Lucille in the killer slow Blues of I Should Have Known Better and Ain't Enough Whiskey. There is the roaring Blues/Rock sound of Gary Moore's guitar in the explosive Feelin' Like I Do and traces of early Crazy Horse in that little great psychedelic musical jewel that is the song called Surrender.

McGarvey's guitar playing style surpasses every possible expectations, no matter whether he is playing slide or electric guitar. The way he attacks every note and every chord on his guitar on each song, with such vehemency, purpose and technical ability, it is simply mesmerizing.

As always and as a tradition with every new Ryan McGarvey's record, the American guitarist surrounds himself with a Rhythm Section of the highest quality, through one of the most legendary bass players in contemporary music history like Carmine Rojas and an incredibly skilled drummer like Logan Miles Nix. To complete the line-up of the studio musicians playing on Heavy Hearted, keyboardist Brant Leeper does also an excellent job in creating that layer of sound that brings to some of the songs of the album an extra sonic spice.

Heavy Hearted is an extraordinary journey into Blues and its evolution in different shapes and forms throughout the years. Moreover, it is a record that allowed Ryan McGarvey to remove completely the cork from the bottle that held all his incredible talent hidden inside and release it in all its beauty. This could be, for the American guitarist, The Record Of A Lifetime.

Heavy Hearted is out now and it is available via Amazon