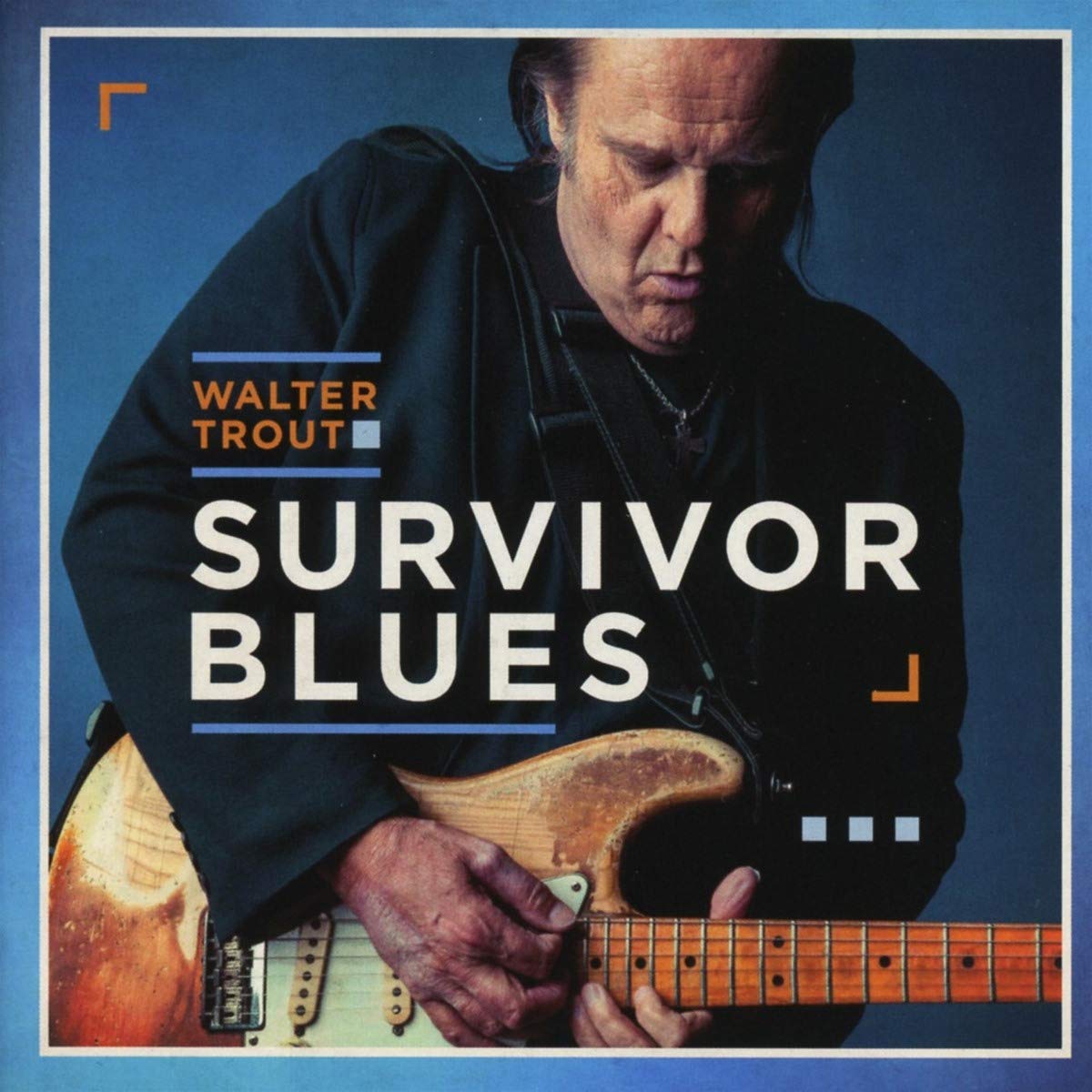 Some of the most common definitions found next to the word Artist in few of the most renowned dictionaries worldwide are related to an Artist being either "someone who practices or is skilled in an art", or "someone who displays in his or her own work qualities required in an art form, such as sensibility and imagination" or, most simply "an artisan".

Right now, in the whole of the Blues and Rock music business, there is a very restricted circle of musicians able to incorporate all of the aforementioned definitions on being an Artist and most certainly, the legendary 67-years-old American guitarist and singer/songwriter Walter Trout belongs to that circle.

Since his comeback to the music scene, following a liver transplant that almost took his life in 2014, few out there believed on Trout's full recovery not only from a healthy perspective but also from an artistic one.

Patiently and strongly, through time and just like a passionate music warrior would do, Trout re-taught himself to play guitar and, little by little, he regained so much confidence and ability in his guitar skills that in these days, when talking to the press, often the California-based Artist says that he feels he is playing guitar better now than 10 years ago.

Through albums like the monumental Battle Scars and the majestic 2017's We're All In This Together, Trout released once again extraordinary statements of his talent, showing that true artistry always survives, even in heavy personal circumstances like the ones Trout has been through.

The concept of surviving is something that must have been buzzing around Trout's head for a little while, in the last couple of years. Surviving not just on a personal level but also relating to Blues and Blues/Rock music. Trout has long thought about the music he grew up with and fell in love with, the music that was born maybe in a Juke Joint or in a smoky little club, somewhere in the States. The music performed by those never enough unsung musicians who contributed heavily to create the roots of the Blues and, time after, Blues/Rock too.

This must have been the idea behind the making of Walter Trout's brand new album, called Survivor Blues, an album that pays a wonderful tribute to songs written by giants of the Blues and the Blues/Rock in the last century and somehow forgotten by many.

For this project, Trout joined forces once again with his trusted long-time friend and producer Eric Corne, plus some of the finest musicians in the music business that have been working with Trout for quite some time, like Michael Leisure on drums, Johnny Griparic on bass and Skip Edwards on keyboards.

Survivor Blues is not what many may call a common covers album but it is more, much more. The 12 songs re-elaborated and arranged in Trout's personal style are perhaps the most complete overview of what Blues and Blues/Rock mean to the American Artist.

There is the sound of the streets of Memphis, in Trout's guitar, through the notes of Sunnyland Slim's Be Careful How You Vote or through the splendid version of Otis Rush's It Takes Time. There is the whooshing sound of the Mississippi River in Goin' Down To The River, a tune where Trout's and Robbie Krieger's guitars join together creating a fabulous sonic alchemy. Then there is the Chicago Blues sound evaporating from Hound Dog Taylor's song Sadie, where Trout brings the quality of his talent as a singer to a new high, through a vocally challenging version that the guitarist pens to perfection.

Trout is firing from all cylinders and his confidence, as an Artist, grows higher and higher in each passing record. On Elmore James' Something Inside Of Me, Trout brings everything about his talent all together, as a singer and as a guitarist, through a roaring solo that confirms once again the American singer/songwriter as one of the most eclectic and talented Blues/Rock guitarists worldwide.

Among those remarkable versions recorded by Trout and his musicians, John Mayall's Nature Disappearing deserves a separate mention. There are a lot of interesting elements in this version of Mayall's original. First and foremost, the soulful vocal approach that Trout applies to this song is some of the best Trout has ever recorded in almost half a century of making music. Griparic's bass-slapping, with the light layers of funk built by this great musician, is pitch perfect. Leasure's work on drum is slick and solid and it is something of a masterful precision. To close the circle, Trout's intense guitar solo gives to the tune almost a mystical and nocturnal atmosphere, supported splendidly by Skip Edwards' fine work on keys.

Survivor Blues sums up not just Trout's bags of talent and his passion and respect for the genres he grew up with and inspired him to become a musician. It also confirms what being an Artist is all about. The ability of creating and performing music like Trout does, being at the same time respectful and sensible enough to the work of those Blues and Blues/Rock artists that helped to create the backbone of such genres, still maintaining, despite the enormous level of talent, the approach of an artisan that chisels carefully and minutely each of his bodies of work is just amazing. Survivor Blues is the work of an Artist. The work of Walter Trout.