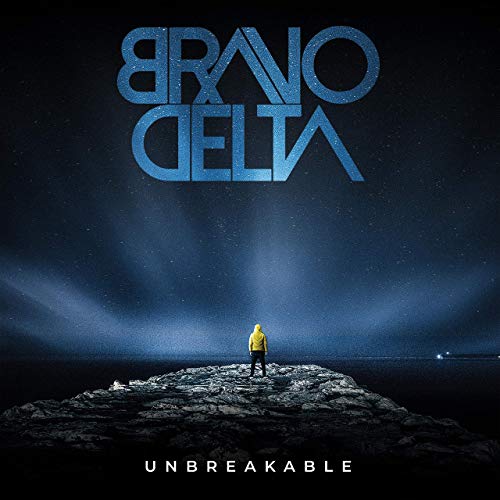 For several years, contemporary American Hard-Rock has lived a limbo phase, from a sonic point of view, with many bands sounding pretty much in the same way and being incapable to offer new ideas or musical vigour to the genre.

Thankfully, the debut album of the Las Vegas quartet Bravo Delta, called Unbreakable, it offers instead a lot of promises, especially from a musical perspective, with the band being able to craft a melodic formula of muscular-with-melody Hard-Rock mixed with some highly interesting 70's Progressive Rock layers of sound.

For a band that has self-produced and written the whole of their debut album, Bravo Delta balance in Unbreakable, very astutely, songs that have got all the credentials to get on the highest spots of the music charts (and get a lot of heavy rotation on Rock Radios) with songs that show the more raw and direct side of Bravo Delta's music offer, by mastering a wall of sound that, at times, can be thunderous and explosive and other times more free-form, with the band letting it loose and displaying remarkable musicianship.

Lyrically, some of the most interesting tunes included into Bravo Delta's debut album are, undoubtedly, Modus Operandi and Dark Room, two songs reflecting beautifully, through their lyrics, the feeling of loneliness (Dark Room) and the twist of fates that life brings to us humans through our decisions (Modus Operandi).

From a more commercial perspective, Bravo Delta have learned also and real soon, the lesson on how to craft winning hit singles packed with anthemic lyrics, melody and high-tempo rhythm, as songs like Insignificant, the album title-track Unbreakable, Karma and Numbers clearly show.

The Las Vegas quartet though, displays, in our opinion, their peaks of brilliancy on Unbreakable when they get a bit more experimental, sonically speaking, allowing their love for bands like Metallica to surface at times, like in that little instrumental gem that is Sleepless Dream or when they explore their interest for Prog-Rock in the highly evocative and, somehow, erratic sound present in Lost At Sea Pt. 1 & 2, where Bravo Delta shows really a level of musicianship of unexpectedly high proportion.

Unbreakable is a strong start for Bravo Delta, as a collective and their future into the music business certainly looks very promising. The American band reaches some pinnacles of real artistic beauty, throughout Unbreakable, demonstrating that it is unfair to label all Hard-Rock bands soulless, sound wise. Especially when there is such quality and talent on display, as in the case of Bravo Delta.

Unbreakable is out now and it is available on Amazon