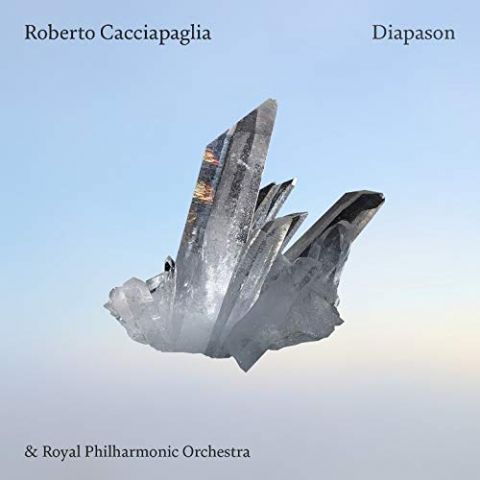 It happened and still happens very often, within the global music business, that worldwide artists, through the years, have tried to create a specific sound style that would make it as their own trademark sound, something that would be so recognizable that it would be identified immediately to such artists.

The down side of it, though, consists in the fact that such distinguished sound style also becomes, through times, repetitive and sterile because the artists in question wouldn’t be too interested to apply any creativity to their music, for the fear of losing those fans that they so hardly have gained, through the years.

Whilst the latter is a debatable way to approach the creation of music in its entirety, Yours Truly rather prefers the idea of making music in a different way, by approaching it with an open, organic and honest mind, so to be able to explore new sonic routes or to apply new layers of sound that would allow the music itself to breath new air every time and still allowing, at the same time, to maintain a specific sound style, without dehumanizing this wonderful art form solely in the name of mere commercial profitability.

The concept of creating music applying some of the dogmas above mentioned is something that Italian maestro Roberto Cacciapaglia has been doing since the mid-70’s and still does, as clearly transpires in his latest studio album called Diapason. Cacciapaglia’s new record, composed and recorded  towards the end of 2018 and released early this year, it marks a new and exciting goal in the glorious career of the Italian Artist, who has successfully managed, through this record, to bypass that sonic dichotomy between the experimental phase, happening during the first three decades of Cacciapaglia’s music career and the more classic/contemporary music structure one, present in the Italian Artist’s works of the last 20 years, with great refinement and class.

Orchestrally assisted, as often happened in the Italian Maestro’s  most recent musical works, by the Royal Philharmonic Orchestra, Diapason represents a sonic bridge between the past and the present of the piano concert tradition intended in an universal way, a bridge accurately constructed by Cacciapaglia through a series of inspired melodies, sometimes also presented under a proper song format, that accurately translate the different sides of Cacciapaglia's own musical vision. A vision displayed, some times, through the immediate need of expressing personal feelings (like in the tunes Driving Home and Exiles) or, some other times, through the Artist’s deep respect towards his own literary, historical and musical heroes (Innocence, The Morning Is Born Tonight, A Gift, Five Cycles Of Minor And Major Keys) and also Cacciapaglia’s love for life and nature (Joyful Song, Farthest Star, Gratitude).

Cacciapaglia does not rely, during the making of Diapason, on layers of sound that have already been extensively tested or experimented in the past on any of his previous studio albums, but he rather prefers to entrust his own instinct, when the time comes to work on a new record, by letting his natural creativity and flair to flow freely, with refreshingly surprising results. Like in the piece called Interlude – The Woodpecker, for example, where the Italian Maestro describes, through the sound of his piano, his idea of the daily oscillations of nature and life through the roller-coasting rhythm and beat, created by the beak of an imaginary woodpecker.

The design and planning work done by Roberto Cacciapaglia on the creation of Diapason is, without a doubt, of a considerable level and it pays off throughout the whole record. Together with the remarkable pianistic and compositional talent of the Italian maestro and the level of musical skills and experience of an Orchestra like the Royal Philharmonic, it is certainly necessary to mention the beautiful vocal contribution, on some of the tracks present in Diapason, of the Italian singer Jacopo Facchini. The electronic aspect of the Italian Maestro's new record has been, once again, carefully and masterfully taken care by Gianpiero Dionigi, Cacciapaglia’s long-time trusted collaborator for many years.

Diapason is a record that intrigues and fascinates at the same time, thanks to a sonic formula always diverse and sensorially stimulating , built on harmonies and melodies refined with great beauty and elegance by an Artist like Cacciapaglia who, record after record, shows to be one of the most creative, talented and visionary artists of this last half a century.

Diapason is out now and it is available via Amazon