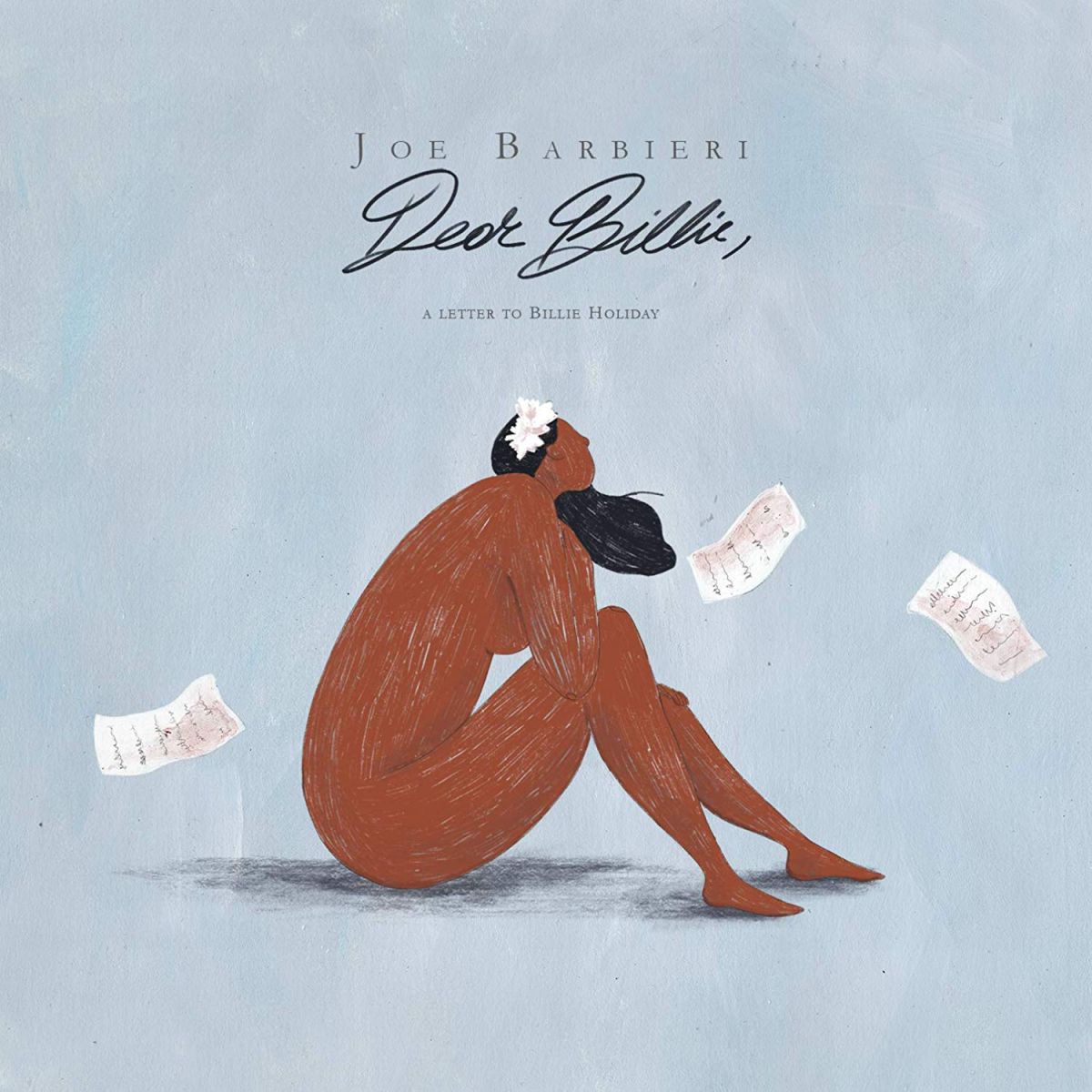 Italy has always been one of those country able to provide an endless amount of music artists through times and different generations. Italian music has grown and evolved a lot, through the years and the last half a century has been, so far, one of the most inspired, artistically speaking, for "Il Bel Paese".

One of those artists that has been building, since the beginning of his career, an increasing amount of appreciation coming from the worldwide press and music fans, is World Music and Jazz singer/songwriter Joe Barbieri.

Now celebrating 15 years of music career, Barbieri, who has never hidden his huge love for pillars of Jazz history like Chet Baker and BIllie Holiday, has finally decided to pay his tribute to the legendary BIllie Holiday by releasing an amazing new album called Dear Billie, after Barbieri had already paid previously his personal homage to Chet Baker through a rather remarkable album called Chet Lives!, released in 2013.

As one can expect, the 10 songs included in the Italian artist's new album are covers of songs previously covered by the late great Holiday, apart of the album's title-track and the closing Facendo I Conti, a song that Barbieri had released in 2015 on an album called Cosmonauta Da Appartamento.

While many may assume that this might be just "another" album of covers of BIllie Holiday, they should rather think about removing the word "another" replacing it with the word "extraordinary" instead.

Dear Billie is a record that hypnotizes the listener from the opening note of the record to the last, through Barbieri's unique quality to modulate his vocals to such an incredible level of ability that his voice become not just the driving force of the whole record, but also a delicately intense added instrument to the excellent trio of Jazz studio musicians playing on Barbieri's album.

Barbieri enchants, thrills and moves at the same time, through every step of the way of Dear Billie. I'm A Fool To Want You, The End Of A Love Affair and Don't Explain are executed, vocally, with great delicacy and accuracy by the Italian singer. Barbieri's voice almost whispers, at times, like he is closing his eyes and feeling Holiday's voice inside his soul, bringing him the right inspiration to deliver the lyrics. The sonic tone of the songs brought by Pietro Lussu on Piano, Gabriele Mirabassi on Clarinet and Luca Bulgarelli on Double Bass is often dreaming and occasionally erratic, in true Jazz style, but executed nevertheless with sublime craftmanship by Barbieri's studio musicians.

When You're Smiling and I Get Along Without You Very Well allow layers of Swing to be added to the already rich musical offer brought by Dear Billie, with Barbieri and his musicians bringing more suave swagger to the vocal and the musical interpretation of these two classics.

There are two songs, though, on Dear Billie that stand out as a real testament of love and devotion from Barbieri to Billie Holiday, I'll Be Seeing You and Barbieri's only brand new song of the album, Dear Billie. I'll Be Seeing You carries, through Barbieri's wonderful rendition, a feeling of nostalgia for a singer and a performer that has changed the lives of millions of people. "....I'll be seeing you, in all the old familiar places... I'll find you in the morning sun. And when the night is new, I'll be looking at the moon. But I'll be seeing you...". There is reverence and respect, in Barbieri's interpretation with Bulgarelli's work on double bass, in particular, being remarkably good.

The title-track is a totally honest, disarming and passionate declaration of love from Barbieri to one of his biggest music heroes. Interpreted with incredible power and intensity, this love letter in music shines through the whole record, more than any other songs, perhaps due to its meaning not just for Barbieri, but for millions of music fans around the world that have devotedly loved and admired Holiday's wonderful and unique voice and harmonies and still do.

Dear Billie is not only Joe Barbieri's artistic love manifesto for one of the greatest singers of all times but it is also a clear display of talent and maturity of one of the most interesting and inspired artists of contemporary music. An album made for true music lovers made by somebody that truly loves music. And his name is Joe Barbieri.