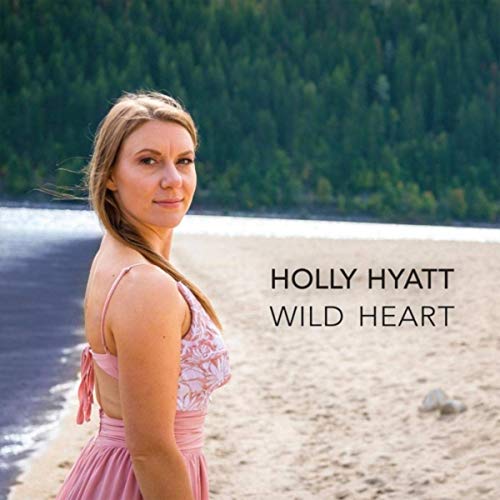 For the best part of her artistic life, the music career of Canadian singer/songwriter Holly Hyatt has been linked to her father's one, guitarist and singer Jon Burden. As one half of the project called Holly and Jon, Hyatt has achieved great artistic goals, together with her father, in the last decade.

Throughout their careers, the duo heavily impressed fans and music press in Canada and in the States especially through two key records, the 2012's album called 1929 and Shufflin' The Blues, released in 2016, two albums that combined elements of Roots, Americana and Folk in an irresistible musical and vocal combo of great beauty and intensity created by both father and daughter.

Since the end of 2016, Hyatt has been working very hard on writing new material for her own debut album until, finally, in March 2019, the young Canadian artist finally announced the release of her first solo record, called Wild Heart.

The record, co-produced by Hyatt herself and Clinton Swanson, a very talented producer and multi-instrumentalist musician, is not only a labour of love for the singer/songwriter but it is also the sonic representation of those music genres that have heavily inspired Holly Hyatt throughout her career to date.
Holly Hyatt takes the listener into a fascinating tour of the artist's own music world, where R&B walks hand in hand with Memphis Soul, Funk and Folk, through a series of songs excellently crafted, from a lyrical point of view and mesmerizingly well interpreted.

In the core of each of the tunes included in Wild Heart, Hyatt's voice shines like the brightest of the stars in a clear night. The purity and the quality of the Canadian singer/songwriter's vocal delivery gets better album after album and Hyatt's ability of measuring and stretching perfectly her voice, through the different genres displayed on the artist's debut album, it shows also great musical knowledge and maturity from Hyatt's side.

For whoever has either followed Hyatt's career from the beginning or start digging into her music catalogue just now, Wild Heart represents, in our view, the full package about the Canadian artist, both as a singer and as a bass player. Her voice can be soft, enchanting and tender at times, as displayed on songs like River Flows, If I Called You or Rainbows, as well as sassy and full of swagger some other times, through songs like It's Time For Love and Midnight Moonsong, among many others.

Hyatt surrounded herself, on her solo debut, by a group of very talented musicians that brought into the studio the ideal sonic platform on which the Canadian artist could work and develop her ideas. Ideas then excellently executed by the whole ensemble of musicians, including Hyatt herself; from the aforementioned Clinton Swanson to Hyatt's father Jon Burden on guitars and from Brandon Smith on piano, keys and clarinet to Steve Wilson on drums.

Wild Heart is a wonderfully honest expression of the many musical talents of an artist like Holly Hyatt, able to translate 70's sounds in a more contemporary fashion through her own personal and distinctive style. One of those records that you just fall in love with.