Gov't Mule - Bring On The Music - Live At Capitol Theatre 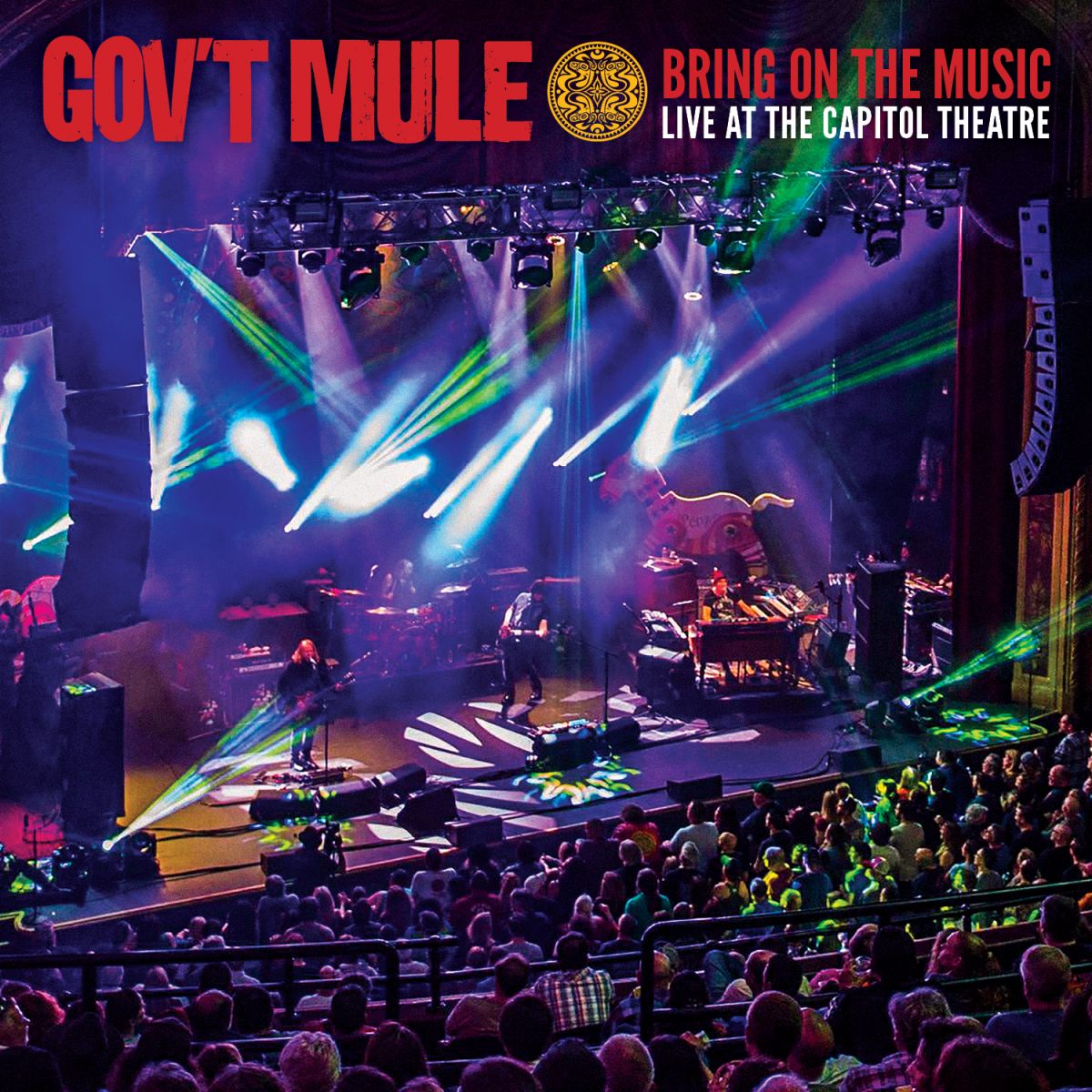 Some music fans may find difficult to believe that a band that has been together for 25 years and released countless live albums, they may be still able to surprise and entertain their followers at a very high level of musicianship.

In most cases, this way of thinking may prove true to many artists, but it certainly doesn't apply to one of the most powerful, sonically multi-faceted and forward thinking bands in the world today, the American four-piece collective Gov't Mule.

When the band's front-man Warren Haynes started the band a quarter of a century ago together with the late great bass player Allen Woody, perhaps not even the talented guitarist and singer/songwriter would have thought that the Gov't Mule project could go so far, capturing the love and the passion of several hundreds of thousands of fans that, year after year, religiously follow them around in their live shows and buy their records.

Every Gov't Mule live show constitutes the true musical essence of a band like the American collective and it is there where their energy, their talent, their vision and their craftmanship  imperiously shine at its very best.

Consequently, it doesn't come as a surprise the fact that Haynes and Co. have decided to celebrate their 25th anniversary together as a band in the most logical way, by releasing, in true Gov't Mule's fashion, a monumental live album recorded in 2018 at the legendary Capitol Theatre in Port Chester, NY, a place very close to the heart of the band members.

While the album in itself constitutes an outstanding landmark in the history of this glorious band, it's not just the magnitude of the project (the album is available either in vinyl, double-CD format or even in a more luxurious package of 2CD + 2DVD, the latter containing more than 4 hours of music in total) that may attract any respectable music fan but also the style in which Gov't Mule have presented this new and rather magnificent to their fans.

Aptly called Bring On The Music - Live At The Capitol Theatre, almost to symbolize the epic journey the band has been in so far and through all these years, the standard double disc album displays a band that doesn't show any signs of age whatsoever, with Haynes on vocals and guitars, Matt Abts (drums), Danny Louis (keyboards, guitar and backing vocals) and Jorgen Carlsson (bass) firing on all musical cylinders, through an enthralling sonic cocktail of Blues/Rock, Progressive, early 80's Punk/Rock and 70's Psychedelia of the finest quality.

The double CD set-list offers many old favourites for the long time fans of the band, with performances of classics such as Mule, Mr. Man, Far Away and Sin's A Good Man's Brother, among many others but it also gives the opportunity, at the same time,  to old and new fans of the band, to hear a live version of a large portion of the band's last studio album called Revolution Come.. Revolution Go.

While the band's aforementioned classics are captured and executed with different and usually stylistically impeccable new arrangements, on the other end, the live performances of the songs from the Revolution Come... Revolution Go truly represent the real surprise of the whole live set. From Traveling Tune Pt. 1 and 2 that open and close the double disc to the stratospheric Drawn That Way, going through Dreams And Songs, one of the most poignant moments of the show straight to an authentic statement of high standard musicianship like Dark Was The Night, Cold Was the Ground, almost all the songs part of the Revolution Come... Revolution Go studio album reach a new and mesmerizing dimension, through this live performance, thanks to the incredible vision of this hugely talented collective.

The 2 DVDs that can be acquired together with the 2 CDs in a different package are equally exciting and highly entertaining too. Long time Mule's photographer and Haynes' personal friend Danny Clinch has done an excellent job in directing the full-length film/concert on DVD, which offers also an excellent view of the updated stage set and production of the band filmed for the very first time.

In the two-hours plus concert recorded on DVD, what impressed our website the most are the live performances of some of the songs of one of the Mule's most underrated albums, Dose. The adrenaline-fueled versions of songs like Larger Than Life, Raven Black Night and Blind Man In The Dark are a real treat for any music lover. Having said that, another very good reason to watch in its entirety the whole performance on DVD is the 17-minutes long jam of Trane/Eternity's Breath/St. Stephen, where the band fully displays, through their individual talent as musicians, the main reason why Gov't Mule is one of the most loved and respected Blues/Rock bands in the world today.

25 years and still running strong. Bring On The Music - Live At Capitol Theatre is Gov't Mule at the top of their game.