The Days Of Lounge And Chill - Tal Bergman & Tal Rom 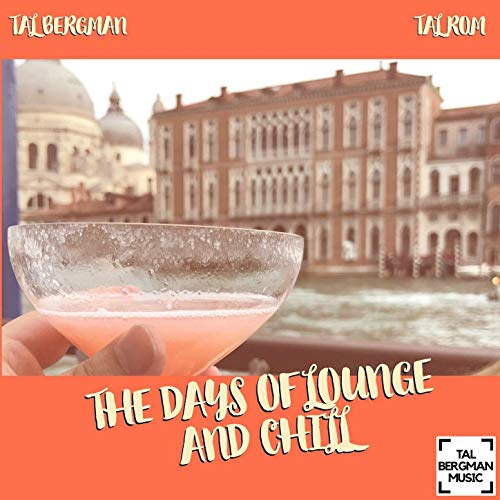 Music artists are a little like explorers. Thanks to their vision and to their way of thinking outside the box, such artists are often capable to go out of their artistic comfort zone and, through time, to find themselves still able to make art at a very high level, in areas where some fans may have not expected maybe 20 years ago.

One of those artists is certainly the Israeli-born drummer and producer Tal Bergman. His exceptional talent and great versatility as a drummer has brought the Los Angeles based artist to work with the elite of the music business, through the last three decades, from Simple Minds to LL Cool J or from Rod Stewart to Billy Idol, just to mention a few.

Always keen to explore all different angles of music as an art form, Bergman has increasingly fallen in love, especially in recent times, with the idea of experimenting alternative ways to fuse music genres together, something that he succeeded to achieve extremely well through one of his latest project, the Super Group called Rock Candy Funk Party.

Bergman, though, has always been and still is a forward thinker, when it comes to music. When he met, few years ago, composer and sound engineer Tal Rom, Bergman started thinking about the possibility of working, together with Rom, on an album that would focus on genres that the drummer and producer had never approached before on a major scale.

Now, finally, the creative union of the two artists has made possible that the aforementioned opportunity would materialize in a fascinating and highly entertaining instrumental album called The Days Of Lounge And Chill.

Produced and mixed by Bergman himself, The Days Of Lounge And Chill is a breathtaking journey into the growth and expansion of genres like Lounge and Chill, through layers of sound coming from different cultures and backgrounds.

It so happens that a listener would find him/herself immersed, through the ten tracks included in the album, in a unique musical trip where Bergman and Rom create sonic pastiches of great depth, from the visionary Emotions Dans L'Espace, where echoes of Bollywood style then leave space to Peruvian layers of sound, to the delightful multi-ethnic excursus of Tabula Rasa, where Desert Music meets Lounge through a very well chiseled musical alchemy created by the two Israeli-born artists.

Bergman's impressive job on drums and percussion (entirely live recorded) and Rom's cinematic feeling created through keyboards are certainly winning factors, on this ambitious project. Throughout the whole record, there is a constant feeling of music created in a very organic way between Rom and Bergman, despite the fact that some may sometimes (unreasonably) label genres like Chill and Lounge slightly more manufactured than other more "pure" genres like Blues or Jazz.

If exploring and researching the infinite highways of music bring, as a result for Bergman and Rom, inspired and excellently played records like The Days Of Lounge And Chill proves to be, this could be just the beginning of a musical partnership that may produce even more fireworks in years to come.