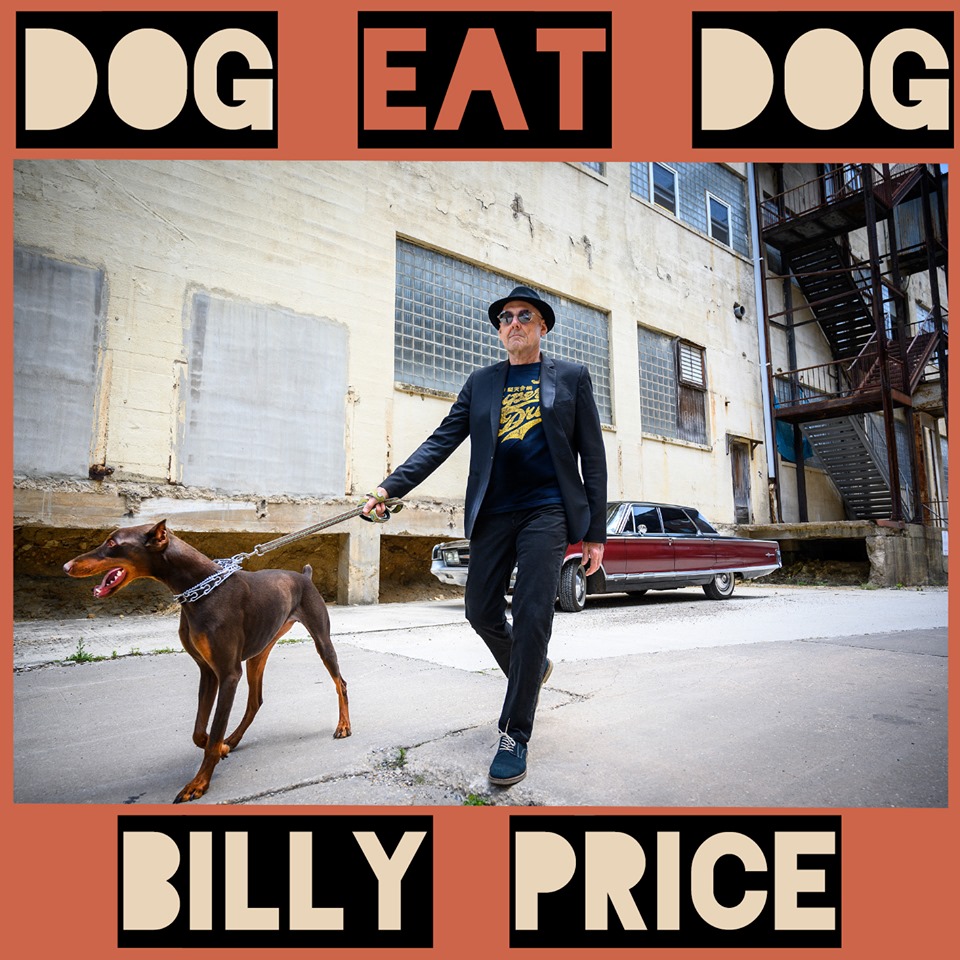 One of the greatest gifts that the art of music carries within, it is that one doesn't necessarily need to be a true connoisseur of a particular genre to be able to love a record, as long as the aforementioned record speaks, in some ways, to those listening to it.

When said music is drenched as well with strong melodies and harmonies, packed with superb arrangements and sang soulfully with passion, power and honesty, it is impossible not to fall in love with it for anybody.

Someone that has fully reached this artistic target, it is 2016 Blues Music Award Winner singer/songwriter Billy Price, through his new album due to be released on 2nd August via Gulf Coast Records and called Dog Eat Dog.

Price's new album, produced once again by Christoffer "Kid" Andersen, who worked as well with the New Jersey-born singer on the 2018's previous studio album called Reckoning, sees the artist achieving new heights of class and maturity through a record that can be considered, undoubtedly, his most ambitious and inspired album to date.

The 12 tracks included in Dog Eat Dog are a serious treat for any music fans all over the world. Through the extraordinary layers of Memphis Soul, Blues and R&B created by Price's studio musicians, that includes a gigantic A-List of talented sidemen like Jerry Jemmott on bass, Alex Pettersen on drums, Andersen Himself on guitars plus various instruments, Jim Pugh on keys, Jack Sanford and Eric Spaulding, respectively on baritone and tenor sax, John Halblieb on trumpet plus many more Special Guests, the artist born William Pollak showcases everything that you may possibly expect from a singer, in terms of power, depth and delivery's quality.

BIly Price, who, let's not forget, will be 70 years of age later this year, is a true joy for the heart and soul to listen to, throughout the whole of the record. His vocal takes on both Otis Rush's Same Old Heartaches and My Love Will Never Die are strong, convincing and, at the same time, respectful of the arrangements of the original versions. Still, delivered with impressive and soulful style.

Having said that, most of the new songs part of the new album are equally breathtaking and uplifting. The album's opener Working On Your Chain Gang is a marvelous blend of Blues, R&B and Soul, executed by Price and his musicians with true sonic magnificence, thanks to its rich, fresh and opulent sound twinned with Price's charming vocals.

Listening to Price's music feels like peeling one of the most succulent orange off the tree of music. While tunes like All Night Long Cafe', Toxicity and Remnants reveal all the swagger and the vocal charisma of a superb singer and performer like Price, then you get songs like More Than I Needed or Walk Back In, revealing the smoother side of Price's highly impressive vocal style and adding, at the same time, even more intensity and emotional power to an already exquisite body of work from one of the true, real last Soul Men left in the music business.

Dog Eat Dog is the ultimate musical bridge between the sounds of Chicago and Memphis of the 60's and the 70's and the contemporary ones, built and structured in the most solid, elegant and stylistically sophisticated way by Billy Price, one of the very few left torchbearers of the last four decades of Soul, Blues and R&B.