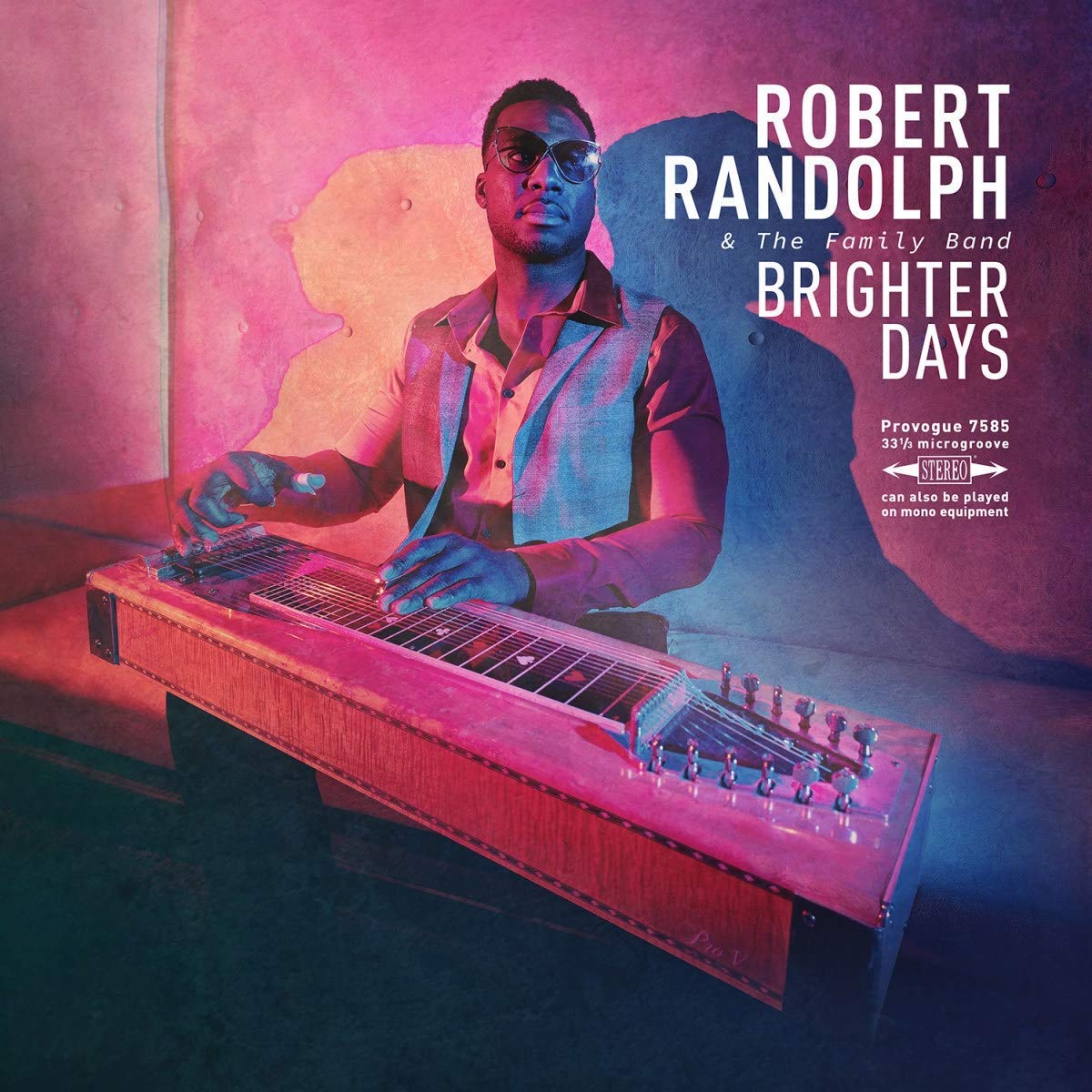 Too often, in his career, Pedal Steel Guitar Maestro Robert Randolph and his Family Band has been unjustifiably labelled only either as a Blues or a Blues/Rock artist, certainly diminutives to the stature of the American guitarist's artistic skills. The New Jersey-born guitarist, singer and songwriter has, instead and undoubtedly vastly showcased, throughout the years and his discography, that he is able to play and sing, thanks to his great artistic skills and his enormous talent, an incredible variety of genres at a very high level, from Soul to Funk, from R&B to Blues and the list keeps ongoing.

The way that Randolph's musical ability has vastly increased and expanded, especially in later years and, in particular, on a key album like the 2013's studio album Lickety Split, is quite remarkable. Lickety Split was, in a way, the peak of the American guitarist's musical journey through mastering his already rich R&B and Funk background, a journey that saw him and his band forging a distinctive and powerful trademark sound that confirmed Randolph & The Family Band as one of the hottest bands worldwide in those genres.

Once reached the pinnacle of that journey, as often happens to many musicians, Randolph felt the need to get back to his artistic roots, strongly related to Gospel and Church Music in general. The 2017's Got Soul album was a strong statement from the American artist about willing to explore his musical origins and expanding them on another, superior level, something that Randolph managed to achieve in a very convincing way.

Brighter Days, Randolph's brand new album, is not only the next chapter in the Pedal Steel Guitar Maestro's path back to his artistic roots but it is a rather refreshing and exciting view at the way that Randolph sees and feels the idea of making music in 2019.

The album, in itself, can be easily defined as a new high for Robert Randolph & The Family Band, if not, their highest to date. Randolph builds very cleverly, on Brighter Days, a wall-of-sound that uses, as the most solid music platform imaginable, a sonic bridge that links his Gospel origins with the 70's Soul of the Stax era, the whole executed with great musical accuracy and perfection by Randolph and his band.

While Randolph is universally known as one of the Gurus of the Pedal Steel Guitar, some tend to forget how powerful and talented Randolph also is as a singer. In that respect, as stated by the artist himself, Brighter Days' producer Dave Cobb has worked really well with Randolph in helping him to develop breathing techniques able to strengthen the vocal ability of a talented singer like Randolph even further, with formidable results, as clearly emerges in the quality of the delivery present in songs like the soulful Simple Man, originally by Pops Staples, Have Mercy and I Need You, among others.

As a songwriter, Randolph chiseled, through Brighter Days, some of the best songs of his entire songbook so far. I'm Living Off The Love You Give, Baptise Me and, in particular, Cry Over Me, they all contain massive sparkles of lyrical and musical depth, with Randolph and The Family Band in scintillating mood, on this record.

Brighter Days shows you a Robert Randolph like you have never heard before. There is real fire, passion and honesty, about the guitarist and singer/songwriter's new album and the full package concerning the quality of Randolph's artistry, it shines in all its beauty throughout the whole of the album. If you wish to buy a record that incorporates artistic maturity and lyrical and musical depth of the highest standard, then Brighter Days is the perfect gift to yourself. One of the strongest and most inspired albums of 2019.