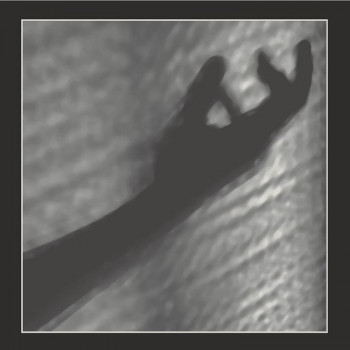 If there is an Award for best name for an artist or for a band, North Jersey-born artist John Mosloskie should certainly win one for his artistic alias, Gutter Sparrow.

The American artist had previously released his debut back in 2017, with an album called The Fear Of Forgottenness that attracted the curiosity of the American Music press for the unique musical approach that Mosloskie/Gutter Sparrow loves to apply to his compositions.

Mosloskie had previously underlined, through his debut album, the importance of making music solely using one-two instruments, choosing purposely to amplify more, in his songs, the power of the human voice than the arrangements, with the instruments in the background trying to match sonically and in unison the artist's different vocal tonalities.

With his brand new album, due to be released in October 2019 and called The Waker Dreams, Gutter Sparrow has very successfully continued to apply the same organic compositional structure used on his debut album but, this time around, his songs come across as more mature, refined and vocally and lyrically simply exceptional.

The idea behind The Waker Dreams comes from the willing of the singer/songwriter to explore the cycle of waking and dreaming through his songs, in what Mosloskie himself calls "investigating the role of dream as guide within the labyrinth of consciousness, an interior illumination that, paradoxically, emerges from a realm of shadow". With a concept of deep meaning like this, many may be thinking that the idea behind the making of The Waker Dreams is far too brainy but, in reality, it is much more simpler than what it may sound.

Supported, once again, as a studio musician, mixer and as producer by multi-instrumentalist Anthony LaMarca (who worked with Mosloskie on Gutter Sparrow debut album too), the 9 songs included in Gutter Sparrow's new album exude poetry, minimalism, soulfulness, solitude, light and darkness, hopes and fears through the artist's lyrics and his vocal delivery of extraordinary beauty.

The album's opener, Clear Light Of Morning, dwells splendidly on the importance to take the time to reflect on how even tough times in one's life may look differently, on the following day, with a fresh mind and the willing to look at different angles to help us finding the light at the end of the tunnel.

Gutter Sparrows is in a fabulous form, on The Waker Dreams. His singing style is breathtaking, eclectic, powerful and his falsetto is pitch perfect, as amply demonstrated in the vocal delivery of songs like This Day Is A Feast, Without Love and the closing Across The Sea.

While instruments like piano and acoustic guitar help to accentuate even further the beauty of the vocals, almost otherworldly, of a musician like Gutter Sparrows, the artist's ability and simplicity to craft inspired storytelling is first class. Songs like Follow The Wind and Lost Highway, where vignettes of everyday's life are cleverly designed and expressed by the singer/songwriter through his lyrics, are true testament of the artist's inner talent on being able to draw powerful stories of life's daily struggles, hopes and fears with such lightness and intensity, at the same time.

The Waker Dreams is not only an album of incredible artistic depth that confirms Gutter Sparrow's enormous skills as a singer and as a songwriter but it is also a body of work to be deeply loved and appreciated piece by piece, song after song. The work of an Artist with the capital A.

The Waker Dreams is due to be released on 11th October 2019. Please check out the Official Website of Gutter Sparrow for further information