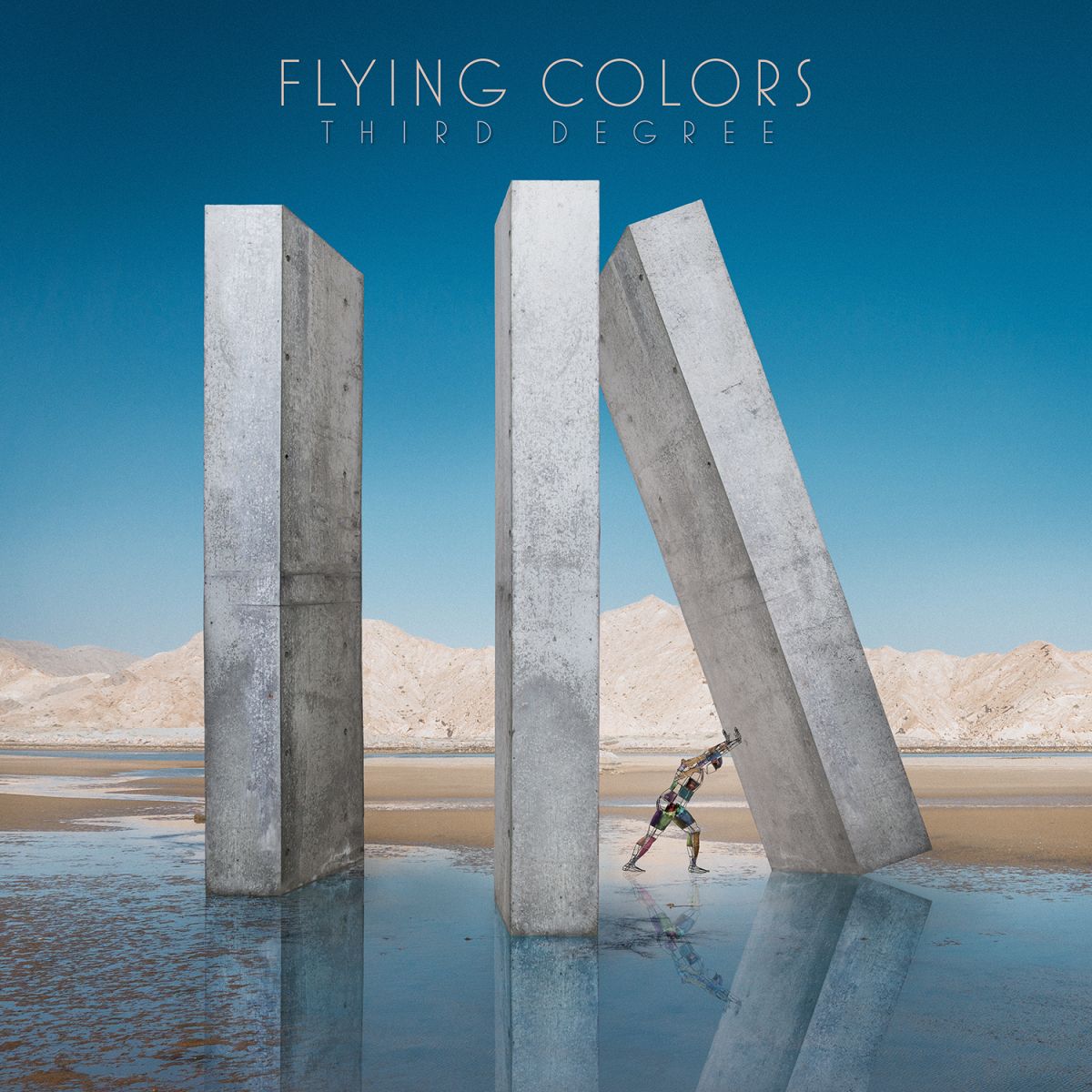 One of the greatest qualities, for an artist, is that of willing to expand his/her musicianship by trying to explore different layers of music that can be integrated in the trademark sound that said artist has modeled, through the years.

Since their extraordinary debut in 2012, Rock Supergroup Flying Colors has vastly expanded their tried-and-true formula made of Progressive, Hard-Rock and Psychedelia, combined with strong melodies and an intricate, but highly palatable, song structure, different every time.

It is therefore highly enthralling to hear the staggering amount of work that the five-pieces band have put on their new record, called Third Degree.

The first and more important aspect, even before starting analyzing the different layers of sound present on the new album's songs, is how much the cohesion between all the band members has grown, lately and, at the same time, added an extra spice to the overall quality of an highly interesting record like Third Degree.

Where on their eponymous debut album and on their 2014's follow-up Second Nature, despite the tremendous talent of each individual musician, the albums' songs were somehow showing off little moments of ego by some of the band members here and there, Third Degree displays instead a band whose members are getting increasingly comfortable with one another, showing a musical cohesion that is benefiting enormously also the end result of the whole record in itself.

The 9 songs part of Third Degree have all a different element of interest that will grab the listener's attention on each individual tune of the album, thanks to the unexpected variations in tempo and the curiosity to hear to which musical tangent Flying Colors are going to make their fans travel, through their music.

While the Progressive roots of the band help to build the structure of most of the songs included in Third Degree, like the robust one-two that open the album, The Loss Inside and More, for example or the incredibly melodic, yet thunderous Last Train Home, what impresses mostly in each song is the effortless approach that each band member takes every time, something that facilitates also the introduction of new layers of sound, on the Flying Colors' majestic new album.

If there is such a genre definition like "Progressive Funk", that should be certainly attributed to the song of the album called Geronimo, a highly interesting combustion of Funk and Rock, where the work of Morse on keys serves perfectly as a "tres d'union" between the two genres with added little jazzy moments.

Flying Colors fire from all cylinders, on Third Degree and would be unfair to mention one or more band members doing a better job than the other. The truth is, every musician helps enormously to add their own vital piece of skills and musicianship to the complex but yet fascinating sonic mosaic drawn by the American collective.

Among the many inspired moments present in Third Degree, the listener will be taken completely by surprise by that exquisite, tender song that is Love Letter. The tune is, and it sounds almost unbelievable to hear from a Flying Colors' long time fan, pure Pop geniality. A tune where the extraordinary balance of vocals coming from the band members brings fond memories of unique harmonies that just bands like The Beach Boys or XTC were able to create and that just shows another of the many sides of a band that never ceases to surprise, on a record of mesmerizing beauty like Third Degree.

Flying Colors' brand new album takes your breath away from every angle and every perspective. Third Degree is an outstandingly written, sang and played album that encapsulates beautifully the spirit of a collective willing to get together solely for the joy of making music and to allow their artistic vision to spread their wings into the music skies without any constriction. A record that will set you free, because this is what making Art is all about.