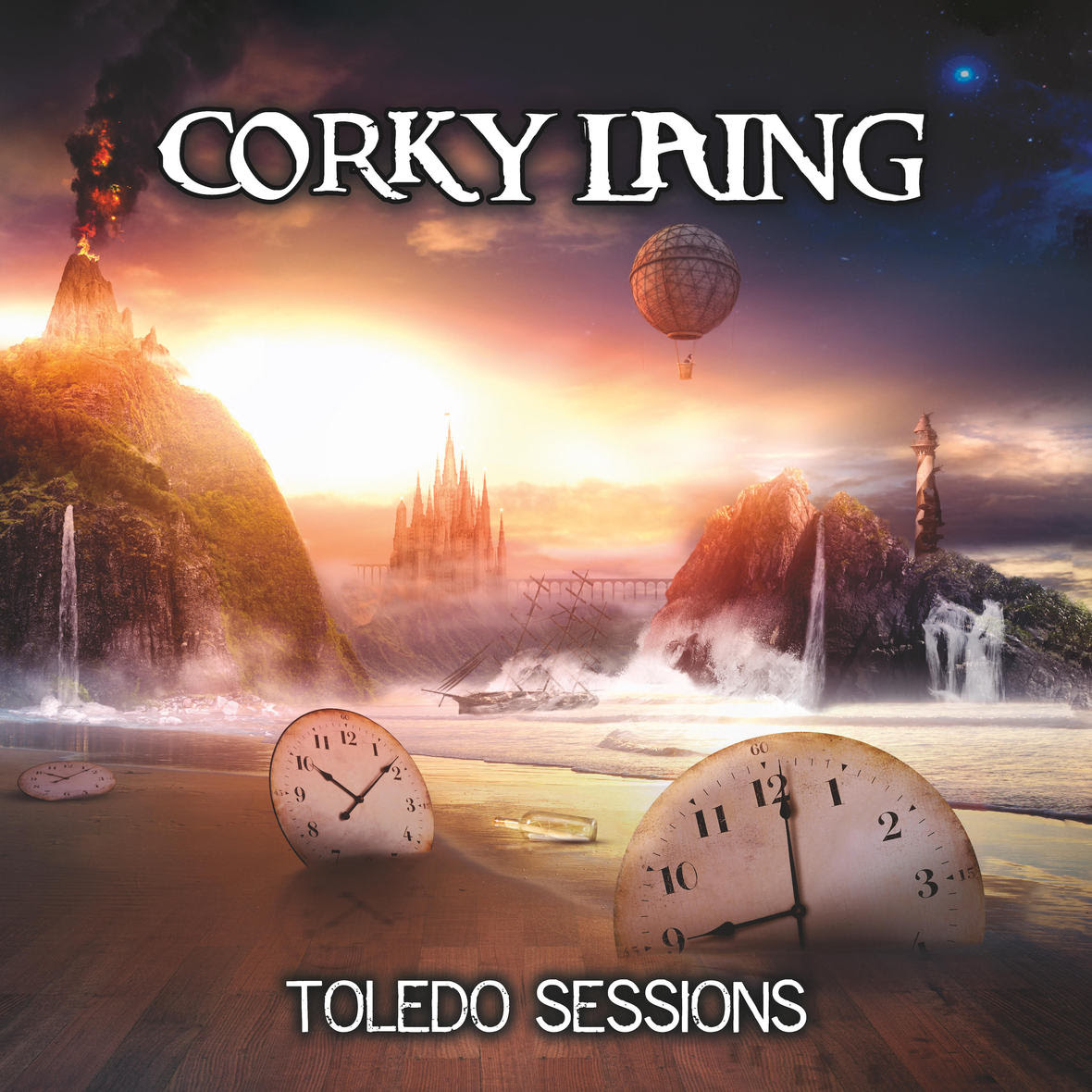 One of the greatest skills of many musicians of the 70's was that of being able to explore the infinite horizons of Rock'N'Roll, by giving freedom to their own creativity and, at the same time, creating songs of a strong musicality, with inspired bridges and choruses that would add an extra, melodic dimension to an already remarkable body of work.

While some of said artists have not quite been able to maintain a constant high standard of musical longevity, through the years and for reasons unknown, fortunately there are still musicians of that era, like ex-Mountain singer/songwriter and Prodigy Drummer Corky Laing, capable to deliver impressive new material by experimenting diverse and interesting ideas with different layers of sound, build on a familiar Rock'N'Roll sonic ground.

Laing's new album, called Toledo Sessions, it is the first record that the 71-years old Canadian drummer releases under his name only since his 1977 Making It On The Streets album, although releasing, through the years, many other records but under different aliases (The Mix, Corky Laing And The Perfect Child, West, Bruce & Laing, Pompeii etc.).

Recorded in Toledo, Ohio (hence the album title), Toledo Sessions is an exciting record where Laing called long time friends and fellow multi-instrumentalists Mark Mikel and Chris Shutters to work on 9 tracks that assemble altogether Laing's vision of expanding Rock'N'Roll beyond the classic 70's standards, by complementing ballads of great lyrical and musical depth like The Road Goes On and Break In Time with tunes that would reveal the drummer extraordinaire's interest for Glam (Something's Gotta Give), Funk (How's The Weather) and even Progressive (Knock Me Over).

The whole record is a stimulating sonic kaleidoscope, where the listeners are constantly challenged with new layers of sound aptly built through Laing's ability to marry powerful rhythms with melody at a very impressive level.

Toledo Sessions' track-list is incessantly exciting as the record progresses. The last two closing tunes, Information Overload, a thunderous song of strong sonic intensity that exudes all the passion, dynamism and remarkable talent of the Canadian artist plus Hell Yeah, a sort of mini rock opera of two minutes and twenty seconds, where Laing introduces a Latin flavor through the use of percussion on a curious structure of Rock Parlato, another clever and entertaining musical twist to an album intelligently conceived and very well played.

Corky Laing's new record displays an artist that has no intentions of slowing down, as the years go by. Toledo Sessions is the true expression of an artist that is having the time of his life, right now and shows just how much Laing can still bring to the table of the music industry with his experience, ideas and through his huge talent.