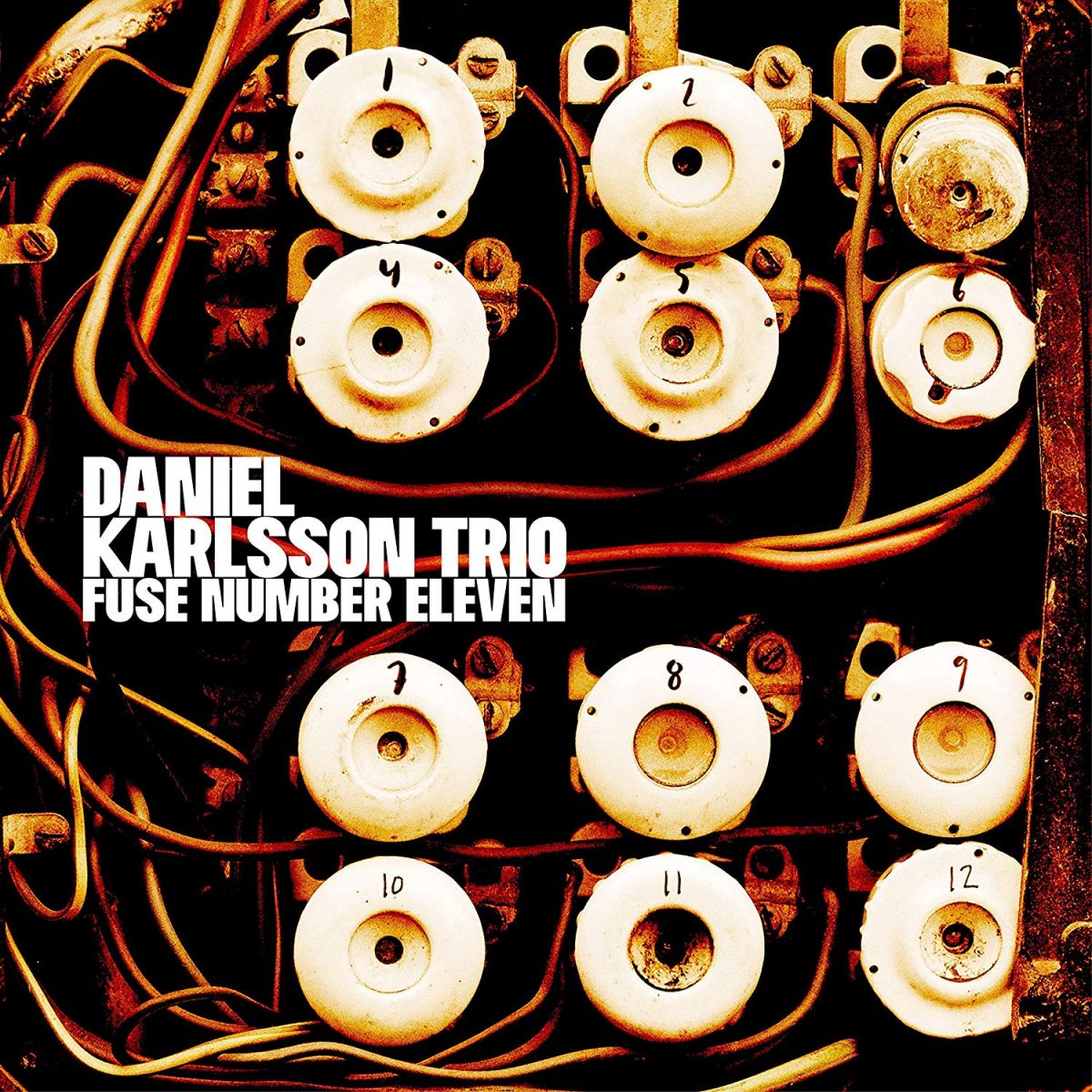 In these days and age and in an art form like music, constantly looking for new and exciting layers of sound or melodies that need to capture the imagination of the listeners, it is rather refreshing to hear a collective that it is, instead, rather focusing on following their own instincts as musicians, privileging their natural, artistic evolution like the Swedish Daniel Karlsson Trio.

With their previous album called 5, a record that received numerous and unanimous plaudits from the worldwide press and by their generous amount of fans spread all over the world on its release, it must have not been easy, for the Scandinavian Jazz Aces, to resist to the temptation to record a new album that would have followed a similar sonic path of its illustrious predecessor.

Towards the end of 2019, Karlsson himself on piano plus drummer Fredrik Runqvist and Christian Spering on contra bass, took many by surprise by releasing a new record called Fuse Number Eleven, an album embracing new twists and variatios on the band's personal exploration of the many highways of sound that a genre like Jazz carries within.

While the core of the compositions of the Daniel Karlsson Trio remains essentially their trademark one, thanks to the phenomenal ability of Karlsson, Spering and Runqvist to draw, through their sound and their musical ability, moody atmospheres at times ethereal, dreamy, nervous but fundamentally spontaneous, dictated organically by the rhythms of modern life surrounding that highly genial composer that is Daniel Karlsson, the intelligent and cleverly measured use of the keyboards in some of the new tracks, like Metropolis and Popiyah, for example, it represents a highly pleasant surprise for the long time admirers of the Daniel Karlsson Trio.

The Swedish Jazz Trio is in remarkable form, on Fuse Number Eleven. Just like the beginning of a new day in everyone's life, the tune Principio, the album's opener, brings through the band's capacity of creating sonic escapism of mesmerizing level, that unique early morning refreshing, almost idyllic feeling that each of us might have felt, at some stage, when opening the bedroom windows and looking at the changing color of the sky and the nature awakening.

In the contemporary Jazz world, quite frankly, very few musicians have the sensibility and the ability to translate so directly and honestly into music the sounds and vibes coming from people and nature of the modern world, like the Daniel Karlsson Trio does.

Fuse Number Eleven is an inspired mosaic of emotions and feelings, where love and serenity permeate so beautifully through tunes like Liberty and 1900, with Karlsson taking center stage thanks to that dreamy sound raising from his piano and to some truly strong melodies written by the Swedish artist.

Spering and Runqvist are truly phenomenal in many moments of the record too. Their talent shine in all its beauty on every track, either where their musical contributions is carefully measured to chisel perfectly the different movements of each tune present on Fuse Number Eleven and on many other tracks, where their wider sonic presence frame the right rhythms and moods, such as in tunes like Liberty, King Of Crap and the closing track Colourful Grey (Song For Matera), among others.

Fuse Number Eleven is another important and extremely elegant new chapter in the career of such an excellent and forward thinking collective like the Daniel Karlsson Trio, a group of formidable musicians able to bring Jazz to a completely new and exciting dimension, through a sonic carpet that flies free, pure and uncontaminated, taking the listeners together with them on their personal journey through the skies of music.