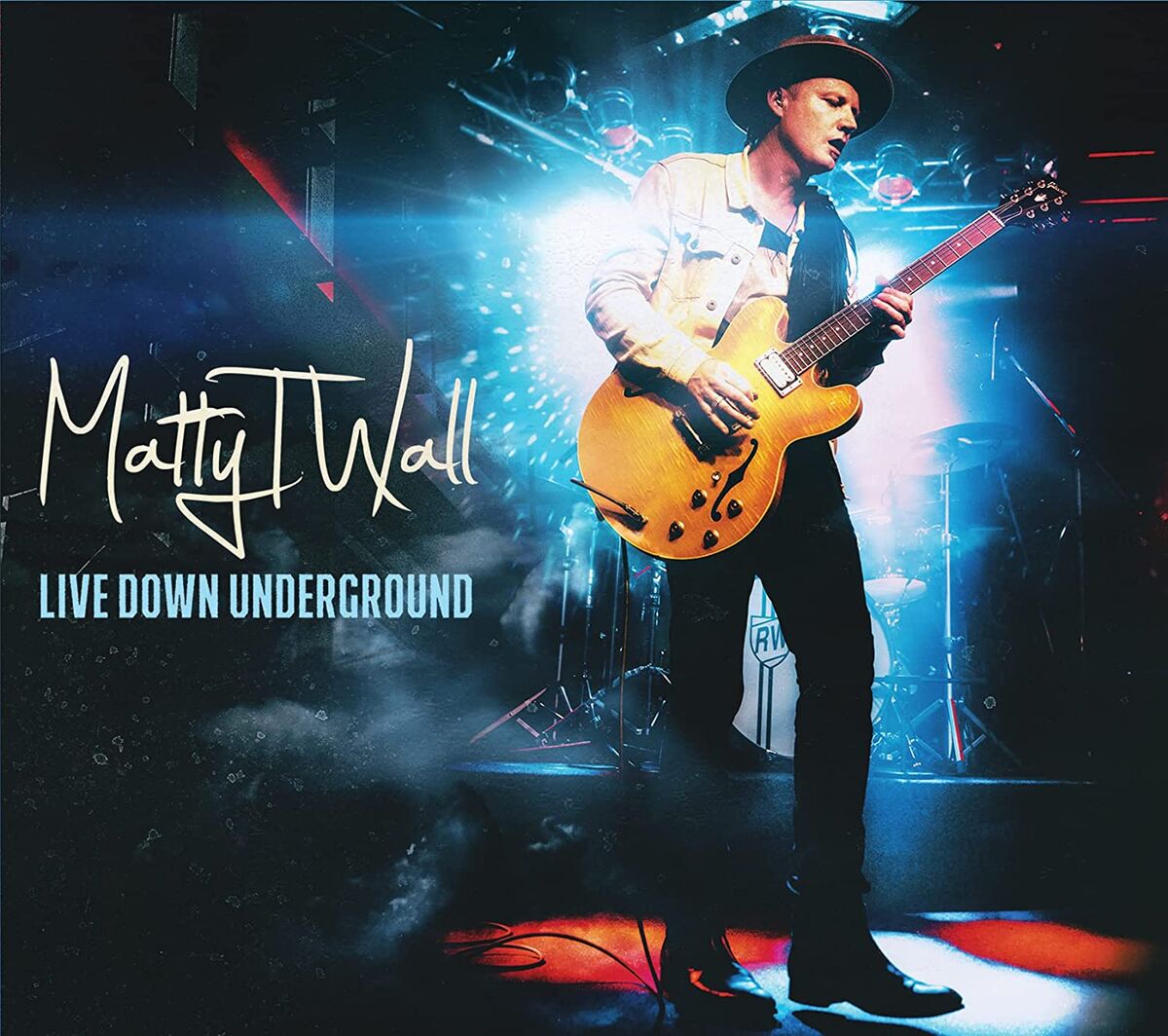 It's rather refreshing and inspiring to listen, in these days and age, a rising star of Blues/Rock like the Australian Guitar Prodigy Matty T Wall taking a gamble on releasing an album-homage to his Blues music Heroes like Transpacific Blues Vol. 1.

Since the release of his hugely successful 2016 debut album Blue Skies, which saw Wall gaining the interest and appreciation of the whole Blues/Rock music worldwide press, the last 3-4 years of the Australian artist's career have been constantly on a high, between touring extensively the whole of Australia and releasing the 2018's follow-up album to Blue Skies called Sidewinder, who was also highly praised by music experts and fans of the genre too.

To whoever has followed the rise in the music industry of Matty T Wall, as an artist and as a music lover, it certainly doesn't come as a surprise the release of a special album like Transpacific Blues Vol. 1. Wall had in mind for quite some time to pay his personal tribute to those who inspired him from Day One of his career, like Robert Johnson, Freddie King, Albert Collins and many more and the time was certainly right to unleash the Bluesman inside of him, given the amount of respect and love deservedly earned by the Australian artist in the last 48 months of his life.

By reading the sleeve notes included in the album cover for each track included in Wall's new release, to choose the tunes that were destined to undergo the "Wall treatment" for this record, it was almost a no-brainer, for the talented guitarist and singer/songwriter. Deep inside, though, to make this record to stand even more the test of time, Wall wanted this album to be extra special because, sure enough, Blues and Rock mean the world to him. A very good reason, for Wall, to celebrate his all-time Heroes in music by having the cream of the contemporary Blues/Rock scene duetting with Wall on most of the 8 tracks included in Transpacific Blues Vol.1.

The eight classics included in Wall's tribute album are all precious musical gems, each on their own. From the almost hypnotic sonic power rising from Wall and Kirk Fletcher's guitars, on Albert King's Born Under A Bad Sign, to the highly entertaining and effortless Funk-a-holic swagger displayed on Hi-Heel Sneakers, side by side with Eric Gales, Transpacific Blues Vol. 1 is a passionate and sincere demonstration of unconditioned love for those artists who have inspired Wall's love for music and still continue to inspire thousand of artists around the world nowadays.

Almost everyone, by now, is aware of the huge talent of Wall as a guitar player, as amply demonstrated on this album, especially in tunes like She's Into Something, where he duets with another contemporary Blues/Rock Guitar Hero like Walter Trout or on J.L. Hooker's Boom Boom (where Wall duets with another Guitarist Extraordinaire, Dave Hole) or even on Quicksand, where Wall starts a thunderous guitar duel with another Special Guest, the almighty Kid Ramos, in one of the many inspired covers present on Wall's new release.

Where Wall's talent shines in full, though, in all its splendor, it is when he has the opportunity of letting his vocals to take center stage, together with his distinctive guitar sound. In that respect, T-Bone Walker's classic, Stormy Monday, it's that key moment of the record where Wall brings all back home, through a honest, passionate and strong vocal delivery and a masterclass of guitar playing of rare beauty, making this version of Stormy Monday one of the best covers of this classic ever recorded in the last decade.

Wall's Rhythm Section also plays a strong role, on Transpacific Blues Vol.1. Ric Whittle on drums and Stephen Walker on bass provide a very powerful wall of sound throughout the whole record and their precision and overall fabulous artistry reach, particularly, its pinnacle on Freddie King's I'm Tore Down.

Transpacific Blues Vol. 1 is a timeless, inspired Blues capsule, beautifully played, sang and put together by an artist like Matty T Wall, whose approach to music and capacity of taking Blues/Rock to another level is totally mesmerizing. Right now, Matty T Wall is truly unstoppable.

Transpacific Blues Vol.1 is out now and it is available via Matty T Wall's Official Website