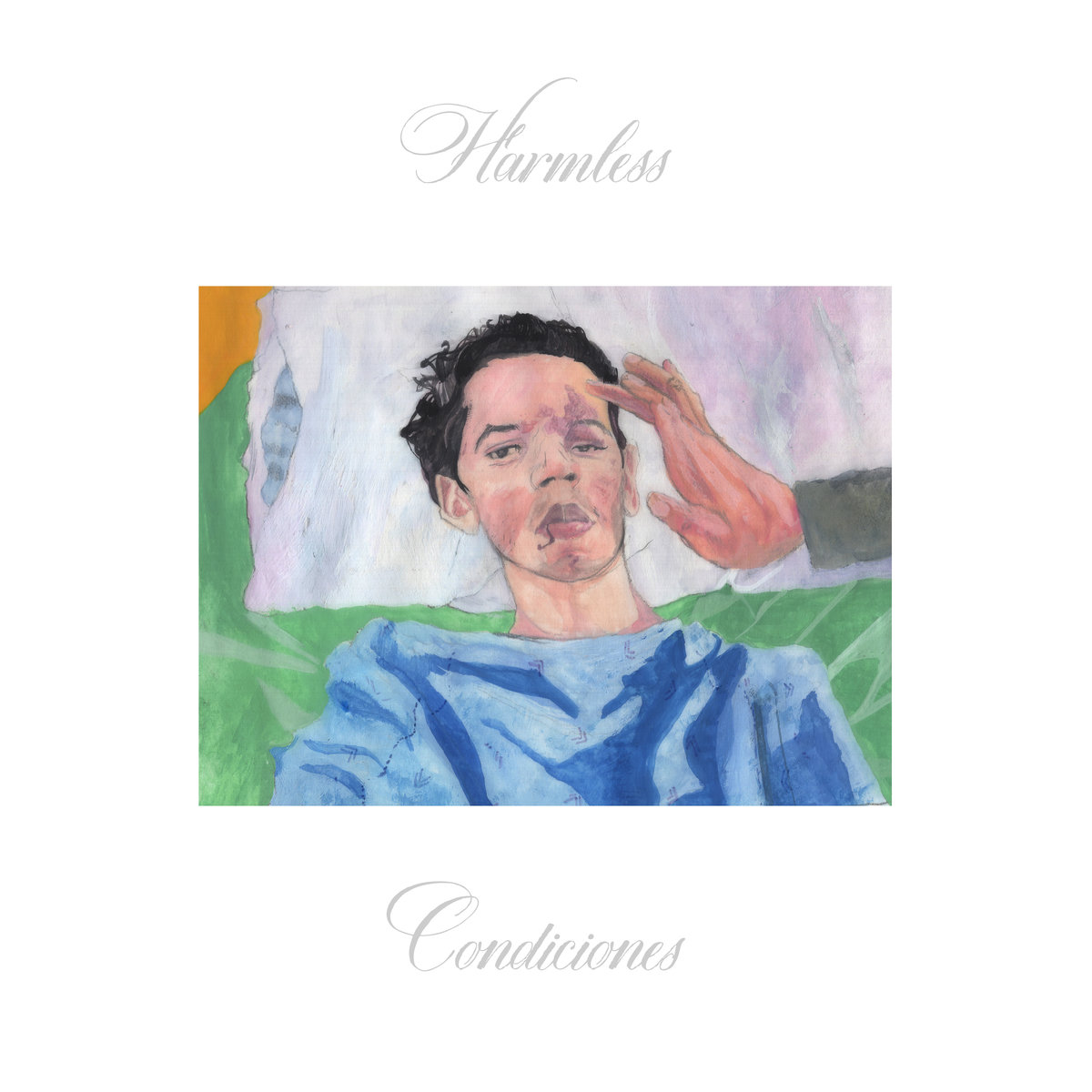 When in 2017 somebody brought/lent him, while still in hospital, a Teenage Engineering OP-1 synth, a new world opened up to the young artist. Cano/Harmless started to cement an atypical but very charming music style that combined Ambient, Jazz and Synth-Pop, creating a rather suave wall-of-sound, where fragments of recordings of voicemail left by people close to the artist, spaced-up vocals, delicate Sax solos and layers of synth live together in perfect harmony, allowing the Mexican artist a new found freedom of expression that brought to the release first, in 2018, of an EP crucially called A Donde Vas? (Where are you going?) and another one called Condiciones (Conditions), due to be released on 31st January.

The forthcoming EP Condiciones takes the musical work in progress of Cano/Harmless to a new level. On his new mini-LP, the Mexican artist lifts up his game even further, by giving to the 4 tunes included in Condiciones a more melodic approach, still maintaining the ethereal elegance previously shown on A Donde Vas?

Cano/Harmless forges, through his songs, 4 delicate and personal vignettes of life about the importance of love and connecting to people, something that, evidently, helped to lift his spirit enormously, after the 2017 car accident.

Condiciones is a record that speaks, at times, not necessarily through words but through music. The Mexican artist draws cleverly soul expressions through music, almost to emphasize, through the different layers of sound present on Condiciones, his feelings and gratitude to those that every day help him to get settled, little by little, into normal life.

In that respect, a key track of the EP is the song Te Quiero, a marvelous sonic description of love expressed through the ethereal, dreamy sound of the synth combined with the moody, nocturnal atmosphere that just very few instruments like the saxophone are able to create.

Condiciones is at the same time, an extraordinarily simple but also very evocative body of work and the perfect demonstration that music is, as it has always been and always will, one of the greatest healers existing for body and soul. Most importantly, it gave us back, especially through this record, an inspired artist like Harmless.