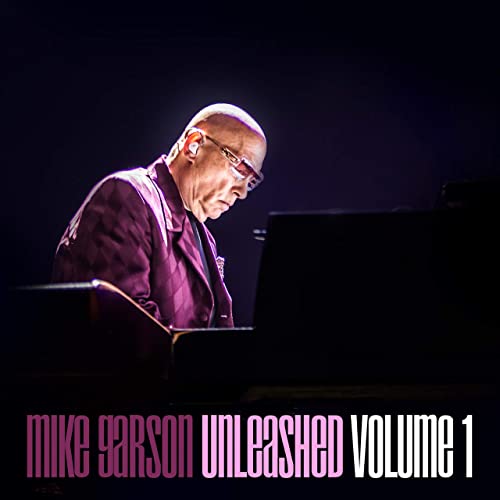 From David Bowie to Nine Inch Nails and from Stan Getz to The Smashing Pumpkins, just to mention a minute amount of artists with whom Garson has been working with, the last 50 years of the pianist and composer have been so far one of the most diverse and, at the same time, outstanding, due to the unmistakable playing style that Garson has always been able to apply not only on the aforementioned artists' records but also on his own, as a solo artist.

Often identified as a Jazz player, although not a "straight Jazz" one, the pianist and composer has always loved to leave his instinct as an artist and his personal vision to guide him throughout his whole career, something that has certainly paid off, for Garson, whose trademark playing style is universally recognized all over the world, doesn't matter whether Garson is playing Rock, Jazz, New Age, Fusion, Classical etc.

Throughout his glorious career, Garson has released numerous solo albums of great beauty, adding, from time to time, also some sumptuous sonic twists to pieces belonging to some of the pianist's own music heroes, like Bach, Rachmaninov, Gershwin, for example, always in Garson's inimitable improvisational style.

While the whole world, including the musical one, has been forced to stop, due to the unpredictable, sad events happening throughout the early months of this year, Garson has instead never stopped, not only for one day. The 74-years old American pianist, during this period, has been looking at some of the most important and inspired pieces he has written/composed throughout the last 30 years or so of his life, gathering them together in a monumental project that includes over 100 pieces, called Unleashed Vol.1-6, where not only Garson's long time fans but also new ones, will have the opportunity to look at a breathtaking overview of the California-based artist's talent at 360 degrees.

The Unleashed project displays not only Garson's abilities at full throttle but also and fundamentally his understanding and appreciation of those musical roots that allow him to create timeless music like the one included in these 6 volumes, music that will make you, at time, smile, reflect, relax and take the listener on a personal journey into Garson's own world.

Each of the 6 volumes part of the Unleashed project does not follow, in true Garson-esque style, a logical sonic sequence but it surprises the listener every time with new and unexpected twists and turns of incomparable beauty. It becomes, therefore, impossible to pick up one or more highlight, in this spectacular release, because it would mean to undermine each of the other splendid pieces created by the American Avant-Garde Supremo.

Garson's new Magnum Opus is a complete and deep immersion into the personality of one of the most inspired musicians of the last half a century. His music can be sometimes romantic, or cinematic, dreaming, ethereal, schizophrenic, regal, delicate, scatty, profound, imaginative and grandiose and every volume, part of Unleashed Vol.1-6, it offers a different and highly entertaining angle and perspective of Garson's Music Wonderland.

Unleashed Vol.1-6 is not only Mike Garson's ultimate Opera Omnia but one of the most mesmerizing and complete sonic encyclopedia published in recent times worldwide. For an Unsung Hero like the pianist and composer, not bad at all!

Unleashed Vol.1-6 is out now and it is available on most music platforms, including Amazon