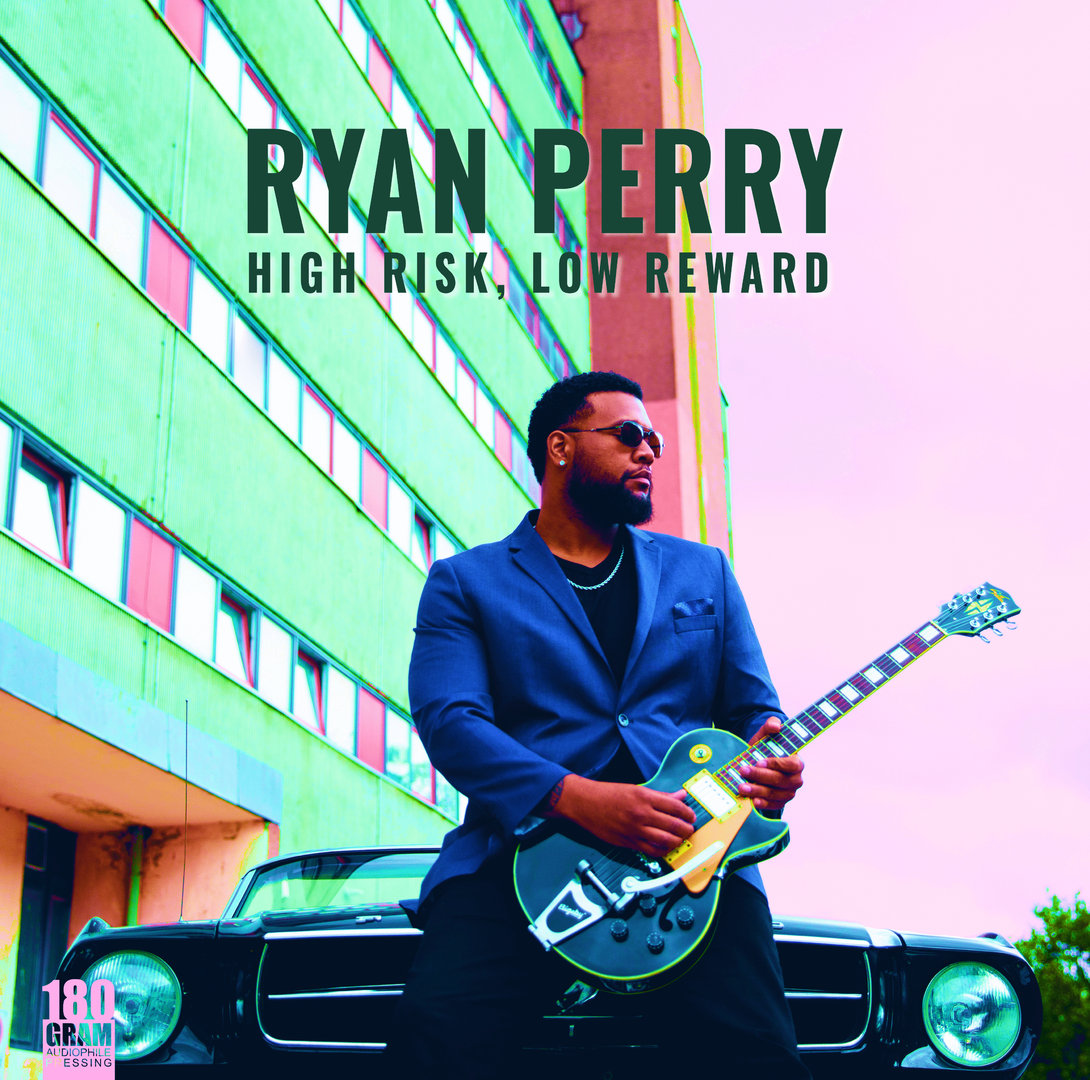 For somebody of 26 years of age only, Mississippi guitarist and singer/songwriter Ryan Perry has gone a long way forward, given the fact that at the tender age of 13, he was already the bandleader of the Homemade Jamz Blues Band, taking second place with his band at the International Blues Challenge in Memphis.

Through the years, though and despite the great recognition given to him by his success with the Jamz Blues Band, Perry felt the need to show that he and his music have evolved into different musical paths and directions, specifically where the Blues meets Funk and Soul, allowing Perry a wider freedom of expression as an artist.

This thought process is surely just a part of the concept behind the guitarist's debut album, called High Risk, Low Reward, a record that matches not only Perry's desire to show his skills as a guitarist and singer but also his great growth as a songwriter too.

What impresses, at first glance, it is the confidence in Perry's talent and musical many abilities displayed from the start, when the album's opener Ain't Afraid To Eat Alone kicks in with an impressive guitar solo of more than a minute long, followed by an equally strong and powerful vocal performance from the American artist.

There is a definite lyrical pattern, throughout the songs included in High Risk, Low Reward and it concerns relationships, either between couples or between people close to the artist himself. Perry's storytelling has got a distinctive style; thanks to his remarkably deep and soulful singing voice, each song included in the album benefits of Perry's strong narrative ability and for the way that the artist is able to translate the passion that emerges from each tune through the immediacy of his guitar sound and his powerful vocal skills.

Often talent travels with instinct and that is the case of Ryan Perry too, on his debut album. One of the guitarist and singer/songwriter many talents relies in the artistic honesty expressed in almost every song included in High Risk, Low Reward, where sounds and styles mirror appropriately the lyrics of each individual tune.

Perry shows to be perfectly comfortable in exploring different musical path, as displayed through songs like Homesick, with some strong Funky and R&B layers of sound or through a fabulous example of Mississippi Hill Country Blues like the album title-track, where the American artist delivers a truly fabulous vocal performance too.

A much needed mention goes also to Perry's Rhythm Section, where drummer Lucy Piper and bass player Roger Inniss (here as producer of the album as well) do a stunning job in providing Ryan Perry with solid and constant sound structures, especially on tunes like Willie Dixon's cover of Evil Is Going On or A Heart I Didn't Break, among many others.

High Risk, Low Reward is an impressive debut for the guitarist and singer/songwriter. Among Perry's many artistic gifts, the American artist displays, together with a natural talent as a singer and as a guitarist, a fabulous sonic and lyrical fluidity in his songs too, marking, through this record, the perfect start for a solo career that will be, undoubtedly, even more successful in years to come.

High Risk, Low Reward is out now and it is available via Ruf Records