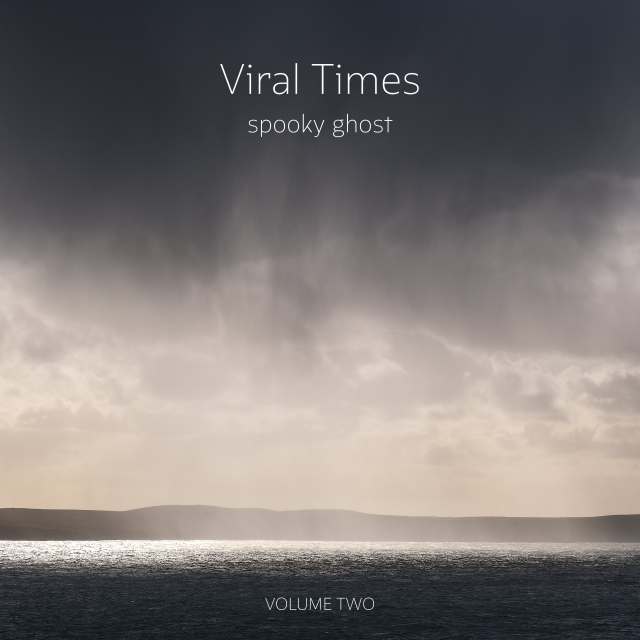 Music, as an art form, it has been heavily challenged, through the years but never in the way that it has been challenged since the last 12 months, due to the tragic circumstances taking place all around the world.

But, while those incredibly difficult times that we are living , they are affecting, sadly, the livelihood of millions of people, including, most certainly, music artists, it is also hugely heartwarming and very encouraging to witness that, some of said music artists, they are using their talent and enormous skills to create a sonic platform not only for themselves, but also for their fans or any music lover, a place where to find mental solace and where to regain that energy and feel-good feeling, now more than ever, necessary to carry on with our lives each passing day.

One of those artists is most certainly guitarist, producer and musical director Gerry Leonard who, under the alias of Spooky Ghost, has now delivered the second volume of an instrumental project called Viral Times (which our website has already reviewed, at the time that the Volume 1 of the project was released), intended to be released, via a series of EP, as an artistic releasing valve, for Leonard, of material he had started to work on some time ago and now, little by little, due to be released.

Our website had already welcomed Viral Times Vol. 1, early this year, as one of the finest works released by Leonard, as a solo artist, under the alias of Spooky Ghost, an alias that seems to allow the Irish guitarist to unleash a more personal part of his music persona, very often with outstanding results, especially on his latest release, Viral Times Vol. 2.

The new installment of the Viral Times project doesn't start off from where Viral Times Vol.1 ended, but it represents instead just another side of the current artistic and personal moment in time that Leonard/Spooky Ghost is living, using music as a vehicle to translate the artist's own moods, hope and fears dictated by the highly fragile state of the world we are all living in right now.

Viral Times Vol. 2 is a genuinely beautiful portrait of musical authenticity, displaying a man and a musician willing to open up to the masses with honesty and bravery at the same time, through his multi-instrumentalist talents, in a way even more touching and very cleverly arranged than ever by the Irish Guitar Prodigy.

As for its predecessor, the Vol. 2 of Viral Times is divided into four instrumental pieces, all showing a different side of Leonard/Spooky Ghost's masterful musical skills and diverse moods and feelings. The opener VT31 sees Leonard/Spooky Ghost criss-crossing superbly different layers of guitar and synth, building a very powerful and dreaming atmosphere able to transport you into an imaginary, pindaric fly over the highest skies, allowing the listener to observe the state of the world from a higher, magical and very unique perspective.

The following piece, VT17, it opens with a slightly sinister intro, bringing that typical feeling of walking into a foggy jungle, with the fear of the unknown lurking behind the corner. The tune, in itself, works very well as a natural counterpart of the previous piece and it is, in our personal view, most likely generated by the artist not with the intent of creating fearful feelings but, more likely, to describe those moments of darkness that enter, every so often, our lives. Atmospheric, tense, introspective and superbly arranged.

The closing two pieces of Viral Times Vol.2 work very well in conjunction with one another and most certainly meant to represent, in the eye of Leonard/Spooky Ghost, the hopeful, and at the same time, more uplifting part of the second chapter of this truly inspired project. VT28 brings in, through its soft, peaceful tempo, a sense of serenity, like finding the light after the metaphorical tunnel of obscurity and uncertainty that one might have felt in the previous tune, while the closing piece, VT25, it sees the artist drawing another superb sonic carpet of ethereal beauty containing an unwritten/unspoken, mystical message of hope for a better world, a world where music is allowed to breathe and fly free in the air with full force once again.

Where Viral Times Vol. 1 was the starting point of a musical and personal journey, Vol. 2 allows the Irish artist to focus instead on the more spiritual growth of Spooky Ghost, through the language that comes most natural to Leonard/Spooky Ghost, the language of sound. If the guitarist, musical director, producer and singer/songwriter meant to create his personal symphony of musical escapism, through Viral Times, this Vol. 2 gives full justice to Leonard's unique creativity and vision, in a project that is among the most inspired body of works ever written, in his glorious career to date.

Viral Times Vol. 2 is out now and it is available on Gerry Leonard's Official Website