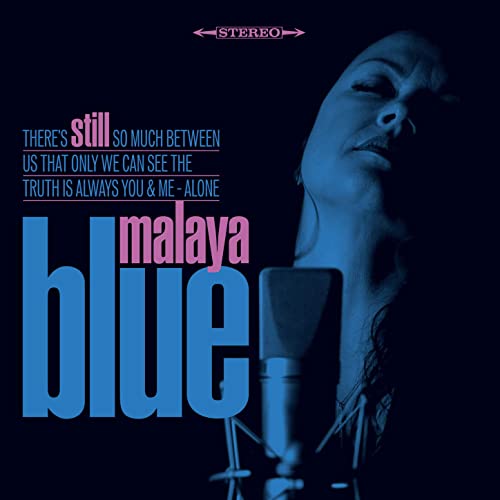 There were a lot of expectations from the European Music Press, about the brand new album from the British singer/songwriter Malaya Blue, an artist that had very much impressed our website with her second album Heartsick, released back in 2016.

During the last 4 years, the artist from Norwich has been non-stop touring the whole United Kingdom from North to South and making herself well-known also in many parts of Europe, thanks to her many artistic talents and the curiosity from old and new music fans that the 2016 album had sparkled.

For Blue's brand new record, called Still and recently released, the singer/songwriter has raised her game on many levels, by having, first and foremost, coupled on the song-writing for Blue’s new album with Grammy Award Winner Dennis Walker, one of the most respected songwriters around, who has achieved world popularity throughout the years, besides his many collaborations with the elite of the music business, also by working with the one and only Robert Cray on albums like Strong Persuader and Don’t Be Afraid Of The Dark.

Surrounded also by a group of first class studio musicians, the release of the Still album sees an artist that has grown up not only under a song-writing aspect but also and most impressively, as a singer, showing an outstanding vocal range, especially on tunes like I Can’t Be Loved, Love Of Your Life and Why Is Peace So Hard?, among many others.

A record that shows also an exquisite attention in the quality of each of the songs included in the album’s arrangements, Still is a body of work that entertains the listener track after track, through a splendid combination of deep, heartfelt and powerful vocal deliveries from the English artist, combined with lyrics that at time can be either very poignant (It’s A Shame, I Can’t Be Loved, These Four Walls) or full of confidence and swagger, like Malaya Blue so effortlessly shows, especially on tunes like Kiss My Troubles Away and the album closer, Hot Love.

Still is a new and exciting chapter, in the life and career of Malaya Blue, an artist that doesn’t cease to amaze for her genuine passion for music, enormous talent and disarming, artistic honesty, all attributes that the British artist showcases in all that she does. Blue’s new album, is, undoubtedly and by far, her personal masterpiece to date. Watch out for this very talented lady, Malaya Blue is here to stay for many more decades to come.