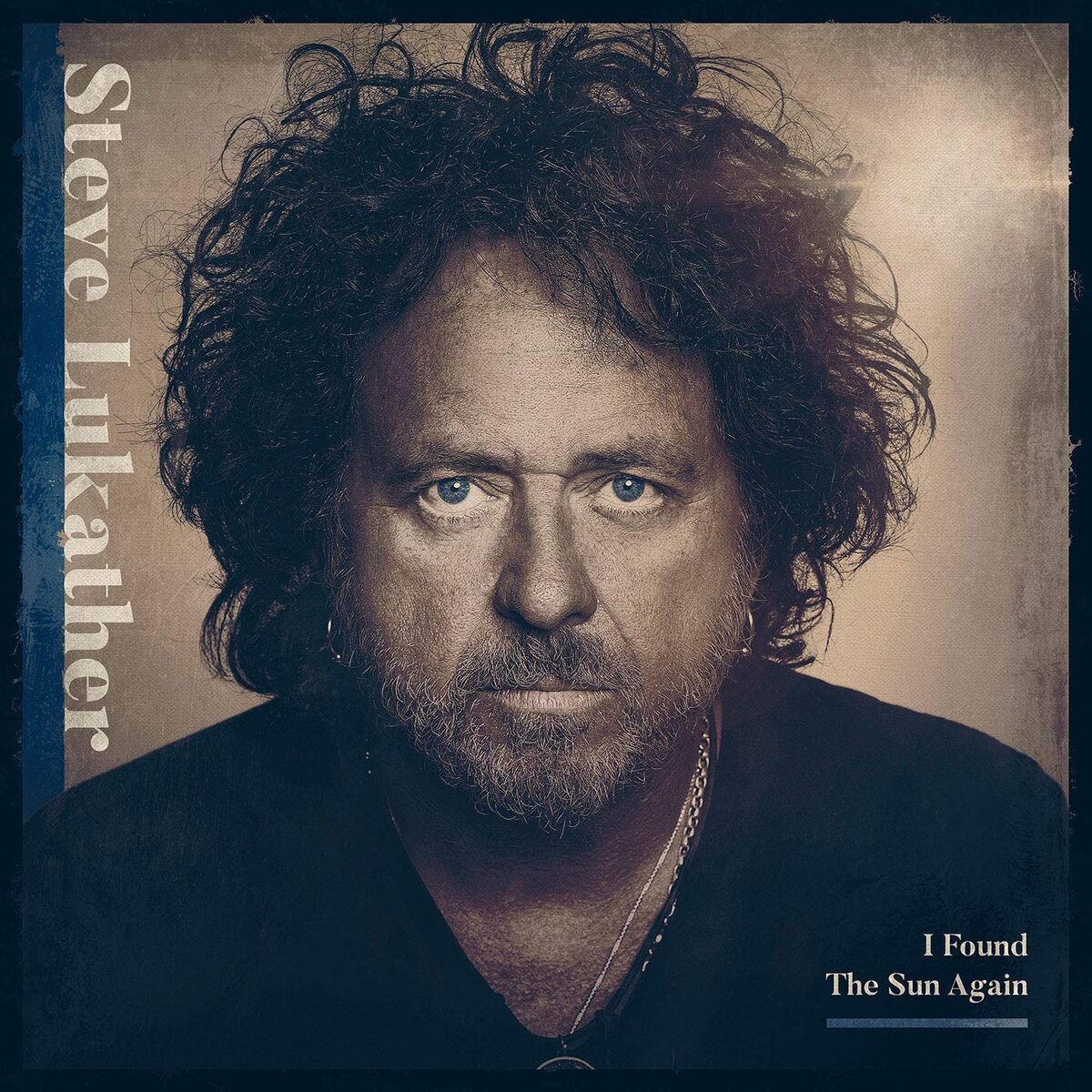 If you are born an artist, there is no way that you can perceive the idea of slowing down or even, maybe, getting an early retirement from the scene, no matter how successful you may be. That is due to the fact that you cannot help to stop falling in love with music more and more as the days go by, especially when it gives you still that burning desire to explore new sonic alleyways together with your Band Of Brothers.

This may as well be, in short, the story of the American ultra-talented guitarist and singer/songwriter Steve Lukather's life, a man and musician whose whole existence has gravitated around music and still does, either as the main driving force of the multi-awarded and million-records selling Rock band Toto, as a member of the Ringo's All-Stars Band or as a solo artist, just as he has done in his brand new album, called I Found The Sun Again.

Recorded in 2020, I Found The Sun Again is one of Lukather's most inspired solo records, in our opinion, especially when compared with a record that was difficult to match, in terms of lyrical depth and musical intensity, like his 2010's All's Well That Ends Well.

I Found The Sun Again displays Lukather as his most relaxed and inspired as he might have ever been in recent times. Supported by his tried and true "posse" of fellow musicians and friends he has been knowing for quite some time, like drummer Greg Bissonette, keyboardist Jeff Babko, bassists Jorgen Carlsson and John Pierce, his fellow Toto's lifetime friend David Paich on piano and organ and singer/songwriter Joseph Williams on additional vocals, string and horn arrangements, the guitarist's new album confirms Lukather's ability at many levels, not only by showing his incredible talent as a guitar player and as a singer, but also for his incessant will to discover on the spot new layers of sound, while recording each of the songs included in the album live, in 1 or 2 takes only, with remarkable results.

Throughout the 8 songs included in the record, which part of the proceeds will go to The Ed Asner Family Center for Autism (for more information, please visit the website https://www.edasnerfamilycenter.org/), Lukather's craftmanship shines in its full glory, from the hard-hitting All American Rock opening tune Along For The Ride right through the blasting Run To Me (where Beatles' Ringo Starr appears too on drums, as a Special Guest), showing that both as a guitarist and as a singer, Lukather is at his best and musically healthiest as he could possibly be, at this stage of his outstanding career.

The five originals included in Found The Sun Again don't show Lukather only as one of the most powerful music-maker machines of the last half a century but also an artist that is able to write lyrics of great emotional intensity, like he so well does on the splendid Journey Through, where fragments of Rock and New Age fuse together in a wonderful, harmonic style, thanks also to the great job on drums of Bissonette, Babko on keyboards, not mentioning the strength of Lukather's guitar, an authentic force of nature.

Out of the three brilliant covers chosen by Lukather to appear on Found The Sun Again, a special mention goes to Steve Lukather's own version of the Traffic's The Low Spark Of High Heeled Boys; Lukather's guitar sound emanates, once again, sparkles of true magic, thanks to that saturated, voluptuous guitar sound that he is able to create so effortlessly, in a tune that encapsulates Jazz, Rock and Blues atmospheres in a spectacular sonic marriage. The tune is an absolute triumph on many different aspects. Lukather delivers vocals of first class, while Jeff Babko on keyboards and Paich on piano display musical brilliancy all around, with Greg Bissonette on drums and Carlsson/Pierce on bass building the perfect Rhythm Orchestra that an artist can ever wish for. In essence, an absolute highlight for a spectacular record.