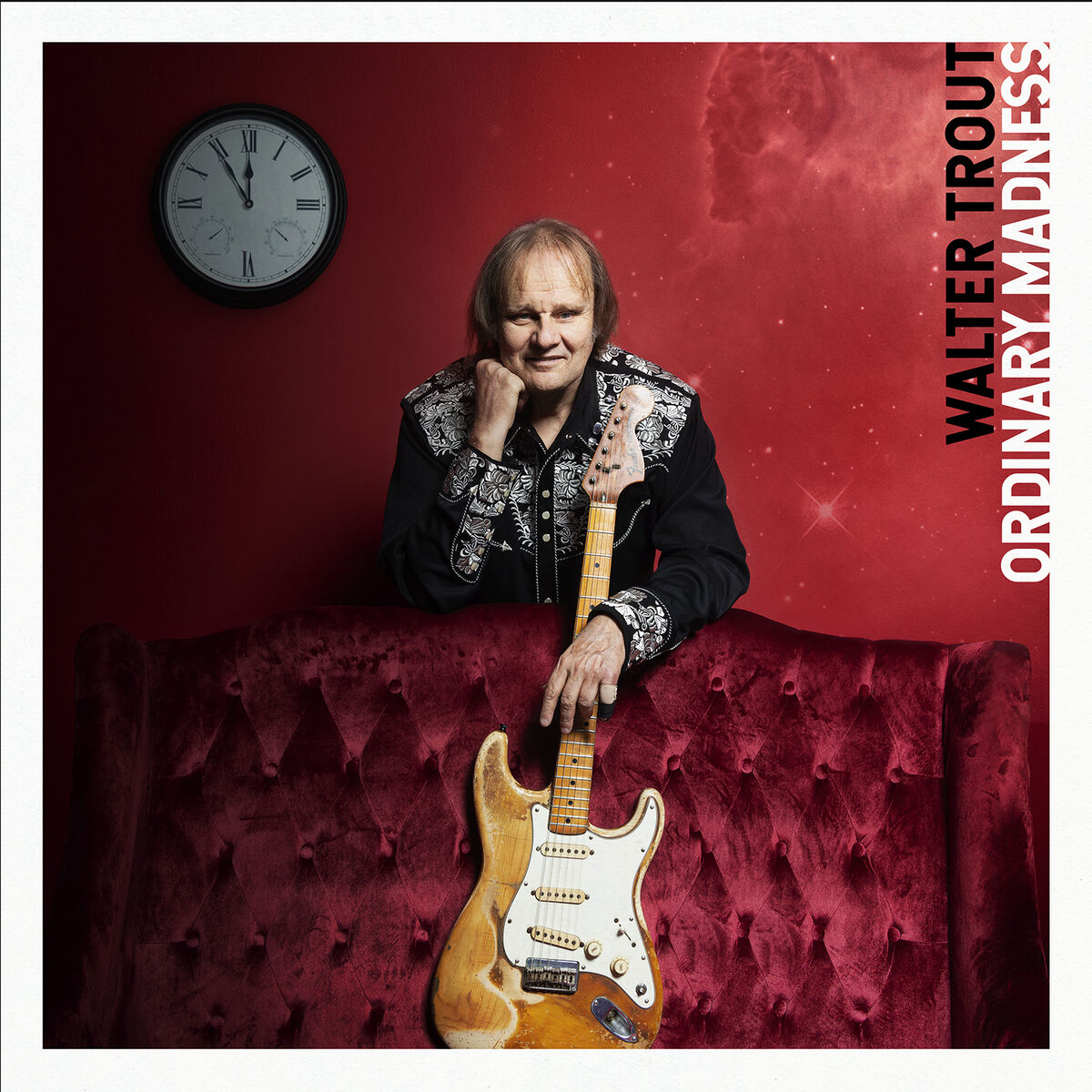 Since the dawn of time, the art of music has always been a highly therapeutic tool for millions of people around the world; for those who so skilfully created it, for music fans and sometimes even for medical purposes to cure diseases.

In that respect, somebody that has used for all his life music not only as a platform to allow his many talents to shine in full glory but also as a mirror to his troubled soul, it's certainly that living Blues/Rock legend that is the American guitarist and singer/songwriter Walter Trout.

Trout's brand new album out tomorrow 28th August and called Ordinary Madness, it sees the California-based Guitar Maestro penning one of his most inspired albums of his career to date, in a time of the world where, rather ironically and sadly at the same time, a lot of people is forced to face a very challenging new reality, where those certainties that we all gave for granted until few months ago, they all seem to be put in discussion now.

Although Trout finished to record his new album in early 2020, just before the whole world was forced on a global stand still, his lyrics relate even strong than ever to the whole world, thanks to one of the most inspired stages of Trout's career as a songwriter.

From a sonic point of view, Ordinary Madness is undoubtedly one of the richest and most opulently sounding albums that the American guitarist has ever recorded so far. Surrounded by his trusted Rhythm Section made by Johnny Griparic on bass and Michael Leasure on drums, plus the very welcomed addition of Teddy Andreadis on keyboards, Ordinary Madness sees Trout using his musical vision as a mesmerizing time machine, where layers of Prog Rock, 90's Grunge, Shuffle and Blues are wisely distributed throughout the record to better emphasize the power of Trout's vocals and the depth of his songwriting, sometimes dark, other times uplifting.

Despite having lost the strength on one of his fingers, Trout's guitar sound power resonates stronger now than ever. In that context, it is worth to press the Rewind button again and again on your hi-fi just to appreciate even further the beauty of Trout's artistry as a guitar player, especially on songs like Wanna Dance, Up Above My Sky or My Foolish Pride, just to mention a few.

As a singer, Walter Trout has constantly grown album after album and Ordinary Madness is no exception. From the smooth, highly calibrate vocal performance on the opening title-track of the album to the commanding and thunderous delivery on an outstanding tune like Final Curtain Call, the American guitarist displays, through the whole of the album, a gigantic variety of new acquired skills as a singer that makes of Trout one of the most complete, on many levels, artists of the Blues/Rock scene of this last half a century.

Ordinary Madness is a win-win record on both sides, for the artist himself and for his many fans. On one hand, the American guitarist and singer/songwriter takes advantage of his many talents to defuse his personal fears and anxieties through music, by using it as a recipe for survival, in such spectacular fashion, as he so well does on his brand new record, while his many fans keep on benefiting of one of Trout's most creative and inspired stages of his career as an artist.

The New Jersey-born Blues/Rock Titan has done it again. May this Ordinary Madness keep on inspiring Walter Trout on many more records, in years to come. Just like this one.