The Hitman Blues Band - Not My Circus, Not My Monkey 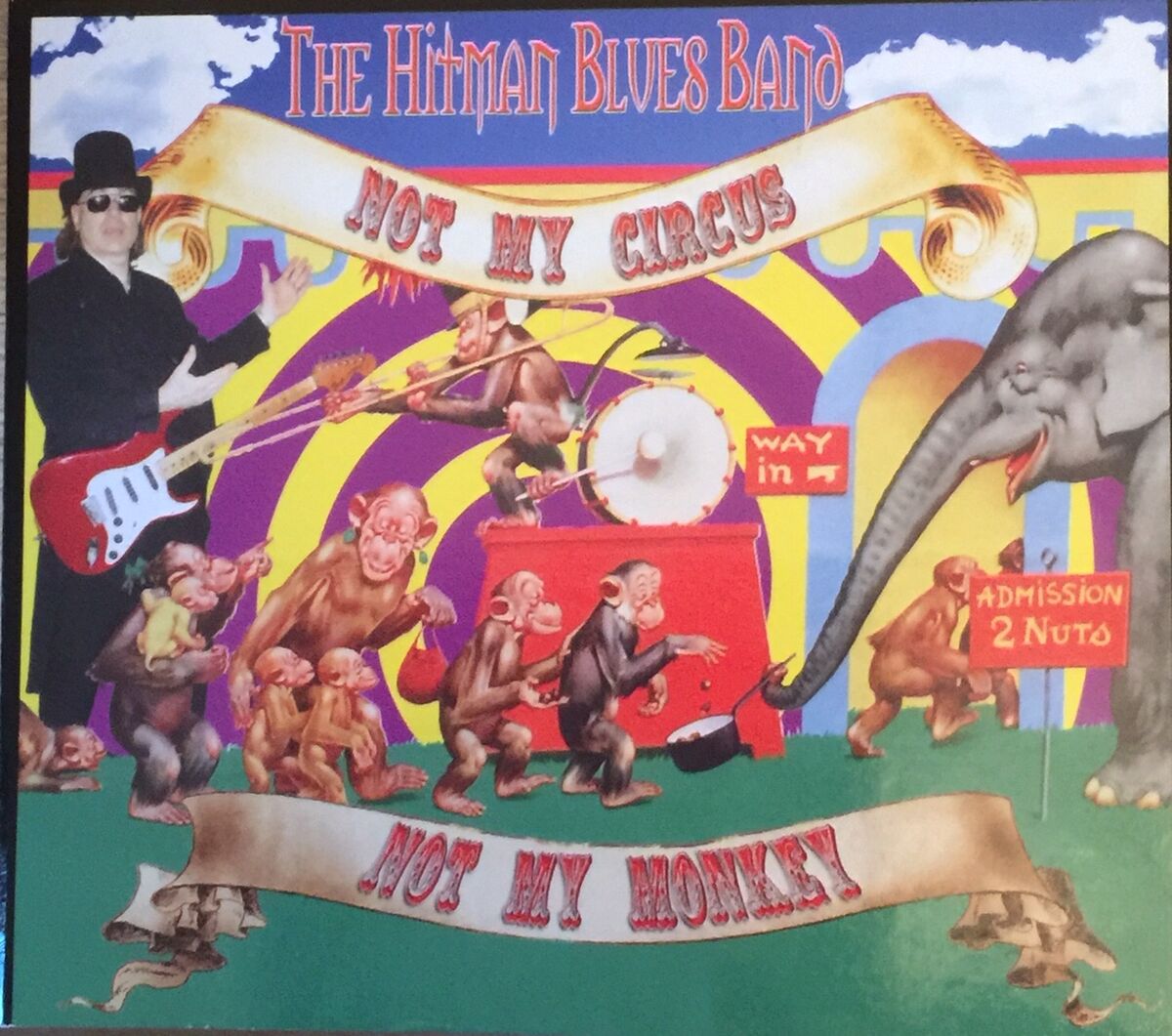 For a music artist, perhaps now more than ever, it is hugely important to keep on focusing and nurturing the love for one of the most fascinating and diverse art-forms existing and still trying, at the same time. to make a point on the current state of our society and the extremely difficult and unique time of the world in which we are all living.

In that respect, someone like the American Blues artist Russell "The Hitman" Alexander, has always been a master in blending his talent as a guitar player and as a singer/songwriter with his cutthroat views on the state of modern society, analysing all its pros and cons together with his band of brothers and sisters, through that splendid music machine called The Hitman Blues Band.

From a creative point of view, it might have been very challenging for the band to find the best inspirational platform to follow the worldwide success received through the band's last studio album, called The World Moves On, back in 2016, for their new record.

But nothing is impossible to achieve, when sheer determination, creativity and talent run in an artist's veins; The Hitman Blues Band's new album, called Not My Circus, Not My Monkey, due to be released on 15th March, sees the American collective penning one of the most inspired, both from a musical and lyrical prospect, records of their career to date.

Not My Circus, Not My Monkey displays in full the strength and the sonic power of a band able to reach some very high musical standards, thanks to the strong, individual skills of each musician part of this fabulous collective and to the dynamic level of perfection that they achieve, on each of the songs included in The Hitman Blues Band's new record.

Most certainly, the collective's front-man and band-leader Russell "The Hitman" Alexander deserves high praises, for the success of The Hitman Blues Band's new musical chapter. Alexander's musicianship, as a guitarist, a lyricist and as a singer, has always exudes, especially in the last two decades, brilliancy and creativity of the highest level but frankly, Not My Circus, Not My Monkey surpasses anything that the American artist has delivered before, bringing his and the band's musical message to a newer and higher level of artistic excellence.

The Hitman Blues Band's new album, among many qualities, it balances also extremely well the new material written by Alexander with the three covers included in the album, two by Blind Willie Johnson (Nobody's Fault But Mine and John the Revelator) and one by Bob Dylan (The Times They Are-A Changin'), in order to fit the main theme of the album, about radical changes happening in our society and where do we stand, as human being.

Musically, the album is a joy to listen to, thanks to the shuffled, exciting layers of Chicago Blues, mixed with R&B, Boogie and Soul, bringing in an intriguing and fascinating sonic mixture in the new record, greatly executed in all its angles. Together with one of the best kick-ass Rhythm Section in the Blues business, brought by Mike Porter on bass and Guy LaFountaine on drums, Alexander adds to his personal music formula, on Not My Circus, Not My Monkey, also a Horns Section of first class, with Mikey Vitale on Alto Sax, John Kelly on Tenor Sax, Eric Altarac on Trumpet and Nick Cliifford on Bari Sax, giving to the whole record that Big Brass Blues Band groove that runs strongly, throughout the whole of the record.

Then last, but not least, there are Alexander's new songs; from the swaggering R&B opener that is Not My Circus through a song like Walk With You, a wild, foot-stomping, irresistible Boogie, going straight to the album's closing tune Go Down Fighting, an authentic 5/4 Blues/Rock hymn to an artist's determination of keep on fighting for his right of expressing musical talent, Not My Circus, Not My Monkey is an exquisite kermesse of class, creativity and inspiration in singing and song-writing.

About the latter, a very special mention needs to be written about a song like No Place Like Home, one of the finest songs ever written and sang by Russell Alexander. The song is a total masterclass in vocal delivery and lyrical intensity, where also the whole band shines in its entirety by creating a delicate sonic carpet, with a sublime work especially from Guy LaFountaine on drums and Adam Minkoff on Organ.

Through a record like Not My Circus, Not My Monkey, it is very safe to say that The Hitman Blues Band has not only released their personal masterpiece to date, as a collective, but also one of the most inspired Contemporary Blues records of 2021.

Not My Circus, Not My Monkey is due to be released on 15th March 2021 and it is available to be purchased at the Band's Official Website