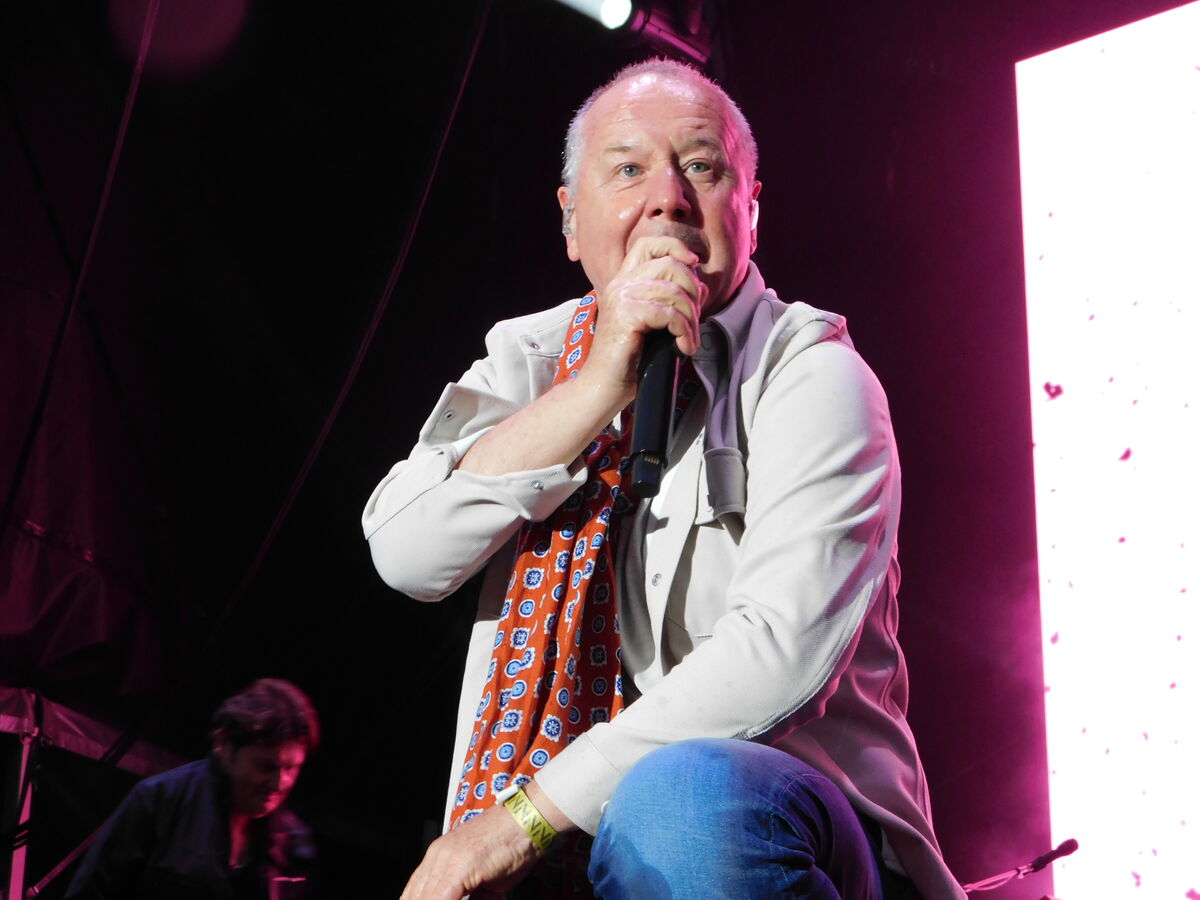 For a few years, now, Nocturne Live Music Festival has been and still is one of the best and well organized live events not only throughout the whole of the United Kingdom but also and, may we say, well deservedly, in the whole of Europe.

This music kermesse takes place every year in one of the most grandiose and visually stunning venues in England called Blenheim Palace, owned by the 12th Duke of Marlborough and his Family, a place that displays all its magnificence especially during summer time, where every angle of this breathtaking property shines in all its splendor.

The 2022 edition of Nocturne Live has been a great success this year too, with a program that has included, night after night, headliners of the finest quality like David Gray, Simply Red and UB40, among others.

Naturally, to close a week of fabulous music like this 2022 edition of Nocturne Live, sonic fireworks needed to be provided and the organization of the Festival couldn't choose a better way to end a remarkable week of live music than by choosing the sensational Scottish Rock Colossus Simple Minds as headliners of the final night of Nocturne Live.

Rather coincidentally, the whole Final Day of Nocturne Live 2022 has been an homage to Scottish Pop and Rock music of the last 4 decades, through two well known and celebrated bands opening for Simple Minds like Caezar first and then Deacon Blue, with the latter, especially, performing a rather brilliant and entertaining set that has warmed up the sold-out crowd at Blenheim Palace, despite the heavy rain falling heavily and incessantly in this wonderful part of England. 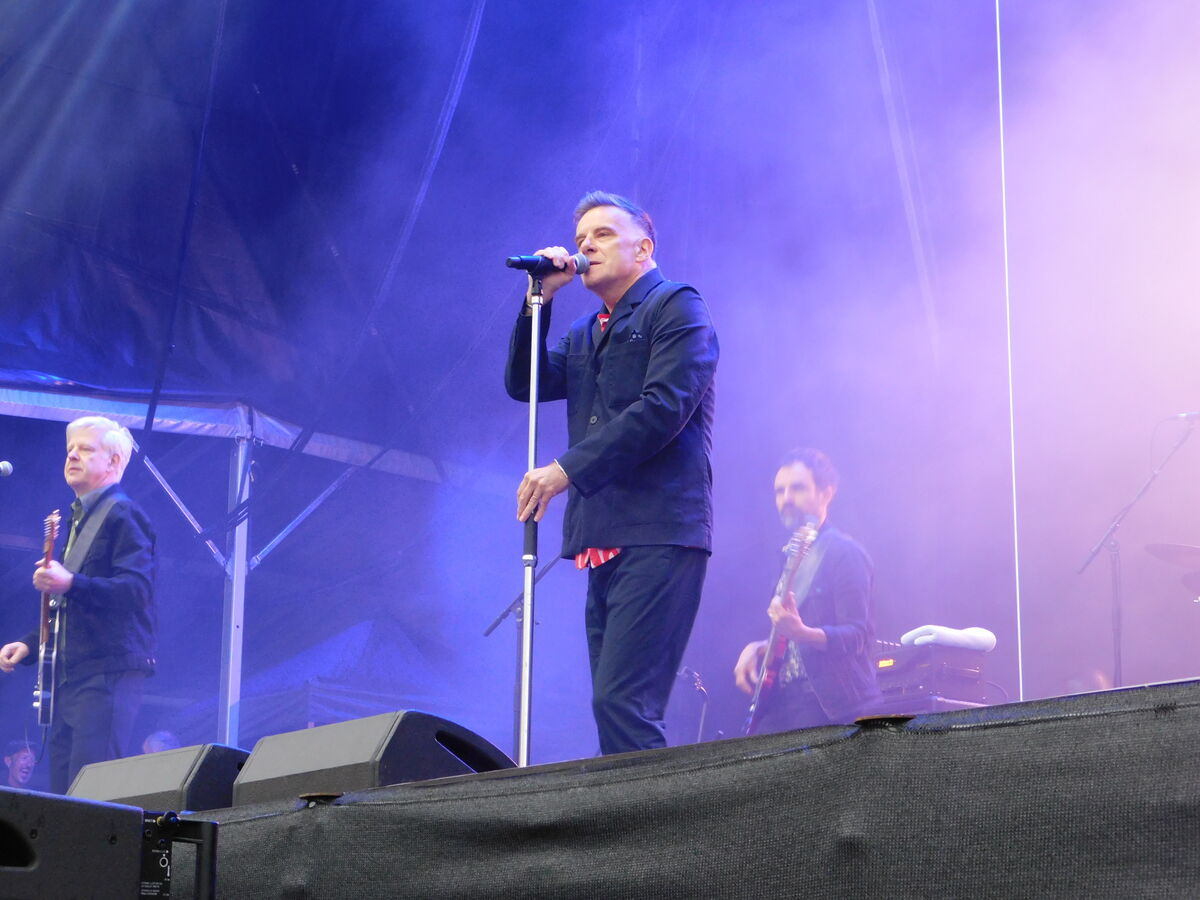 Then, at 9pm sharp, through the notes of So May We Start, a song from the American Pop/Rock collective Sparks, the lights go out and as Simple Minds' frontman Jim Kerr and guitarist Charlie Burchill enter the stage, a gigantic roar from the crowd welcomes the two artists and their live band.

What impresses straight away and from the first notes of the concert's opener Act Of Love, it is that the energy and that incredible stage presence that has been the trademark of every Simple Minds live show, right from their beginning back in the late 70's, it is still there intact, running rather strong, even after 40-plus years in the music business, where they have achieved every possible artistic and commercial goal through their enormous talent. 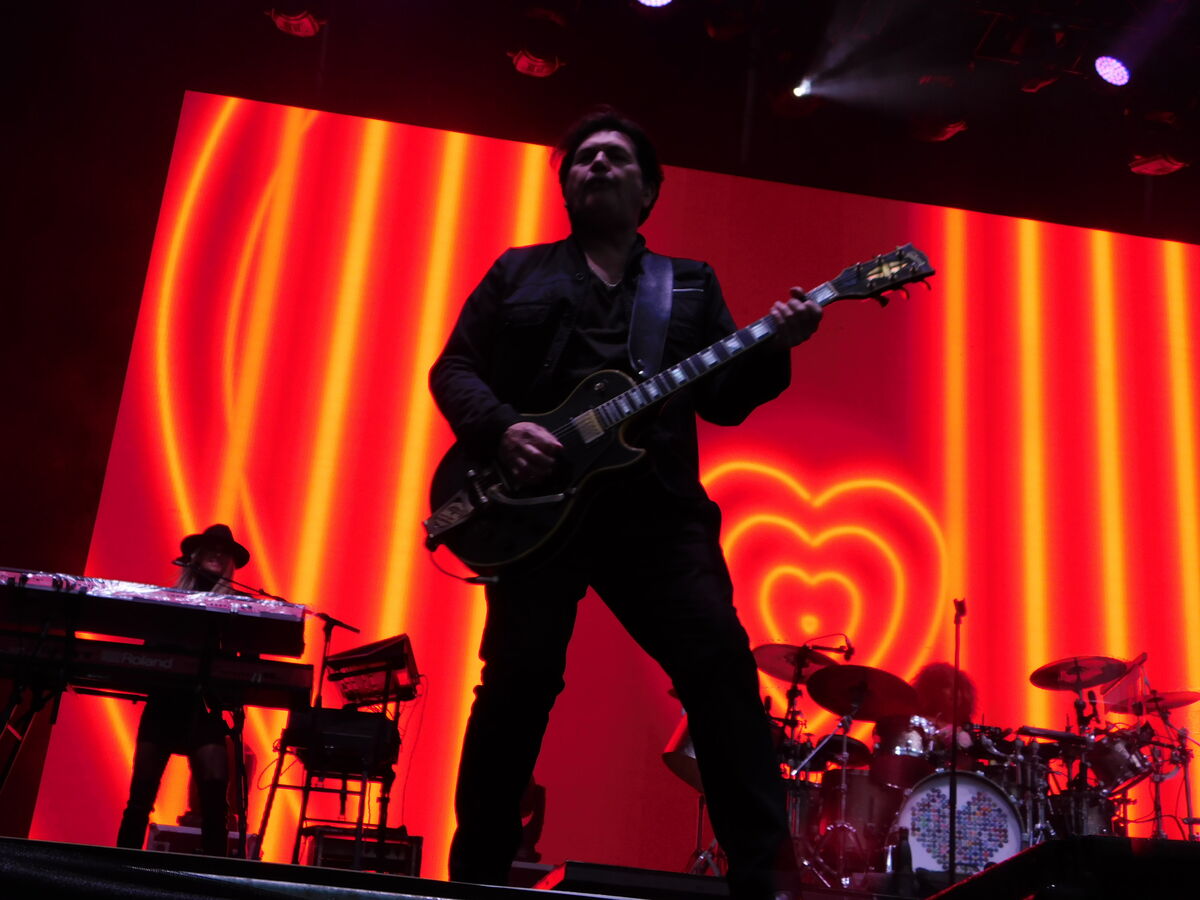 Surrounded by their tried-and-true live band that has been with Simple Minds for more than a decade, give or take, a band that includes some incredibly talented musicians like Cherisse Osei on drums, Gordy Goudie on keyboards and guitars and Ged Grimes on bass guitar, among others, Kerr and Burchill take the audience to a special sonic journey of their whole career, in the next 100 minutes that will follow.

From early hits like Love Song, Glittering Prize and Promised You A Miracle to more recent numbers like Colours Fly And Catherine Wheel and the brand new single Vision Thing from their forthcoming album Direction Of The Heart,  to then go back to the 80's anthemic tunes like Waterfront, Let There Be Love and Belfast Child, the quality of Kerr's vocals and the thunderous guitar riffs of Charlie Burchill are absolutely faultless throughout the whole show.

Not even the bad weather can stop the chemistry between the band on stage and the soaked, adoring crowd. It might have been perhaps that special connection, that strong bond between Simple Minds and their fans that has been there for them for the last 40-plus years that generated the desire for the fans to stay at the Palace to witness the final push on the sonic accelerator from a band in truly stratospheric form. 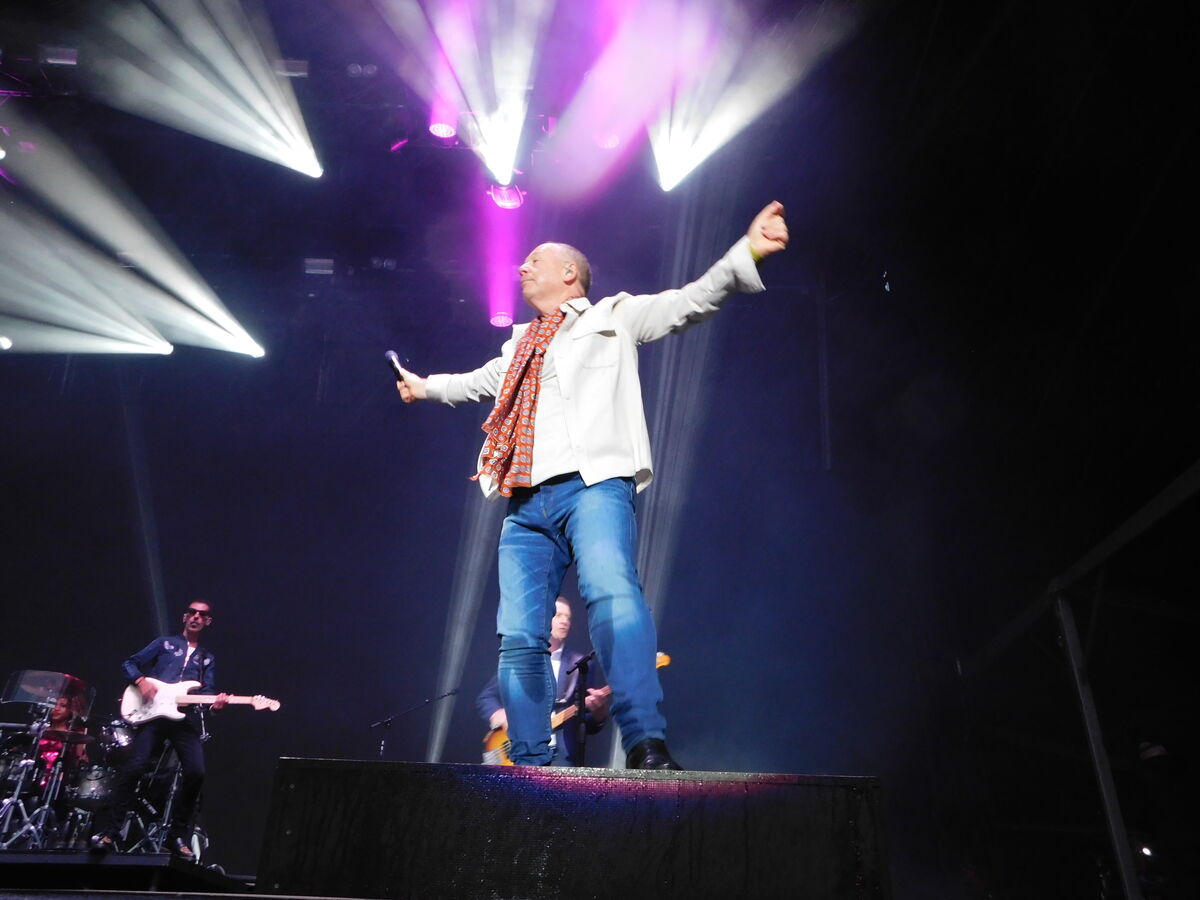 The final part of tonight's show constitutes a true rollercoaster of emotions, power and memories altogether; from Someone, Somewhere In Summertime, the musical crescendo is totally unstoppable and the devoted fans join forces with the band on stage during the performance of some of the band's classics like See The Lights, Don't You (Forget About Me), Alive And Kicking and Sanctify Yourself by singing with them choruses and, occasionally, even entire verses of the aforementioned songs.

There might have been an authentic weather storm out there, tonight, at the last night of this amazing festival right in the heart of Oxfordshire but even the force of nature couldn't break the spirit and love of those several thousands of people that came here to witness another cracking Simple Minds show. Nocturne Live 2022, as always, has closed its doors in great style.