"We know you love cheap, tacky, awful stuff. We do too."

Often it's the who, what, where and when that makes the point of a situation. If you're hanging out with your groovy friend in the city, wearing rainbow mittens and psyched about something to do between the vintage record stores and the fortune teller, call ahead and make reservations at The Duplex for Hole-O-Matic, endearingly known as Gashole.

The decade long running show is performed by Michael Holland and Karen Mack. They were inspired by the K-Tel marketing schemes of the 1970's where we (of that generation) were innundated with short clips of songs via medleys to purchase compliation albums (no COD).

Did you get K-Tel-itis as a kid ? Did it take you 20 years to recover and finally learn all of the lyrics to a song or perhaps forget them entirely. Well, too late, get ready to be reinfected. What you remember are snippets, and those snippets are captured and tagged on to others making a whole new song with surprise and wit.

Get there early, because the veterans know the drill. The seating at the Duplex is a cozy arrangement of high top tables with wooden chairs and the setting is underground cabaret style, with some curious witty hints of what's in store. A huge Rubik's cube on the side (for no reason) and stacks of books of the number 2 Pop Hits of the 1970's and 80's. There is also a Studio 54 Moon hanging from the ceiling. If you're in a small party, you'll be seated with other guests. On the tables are Rolodexes of songs which are medleys of 70's and 80's songs with most of the artists that will be mentioned on them. Your table chooses cards from this Rolodex and puts them in a fishbowl to be drawn during the performance. The artists sing the medley as it is chosen from each table but there are a few original songs and they end the night with a pre-arranged finale.

One of the first cards drawn blended Shock the Monkey (Peter Gabriel), I Ran (Flock of Seagulls), Heartbreaker (Pat Benetar), all on piano, with other songs mixed in as well. The changes in tempo and lyrics were so quick, it was impossible to track them all, despite our feverish writing throughout the show. I didn't get all of the songs from each set, but you will never notice, now will you ?

The crowd was somewhat lukewarm but as the two drink minimum was passed, and they were encouraged by Michael and Karen to randomly yell "Gashole", they seemed to get louder and more responsive. By the end of the evening, "Gashole" was announced with appropriate cue.

There was a joke about a Roomba vaccuum eating a viper Karen read it aloud from a random trash newspaper.

It was useful to have the #2 Singles books around because they were the tribute object at one point. Sad Guys Say So Much was another set. This compilation included; Some Guys Have all the luck (Rod Stewart),  Every Break You Take (The Police)"Roomba's watching you" slurs Karen, Only the Lonely (The Motels), Hold Me Now (Thompson Twins).

Michael Hollands amazingly talented rendition of the ever-vague lyric'd Don't Dream It's Over (Crowded House) was great. "This song doesn't make a lot of sense." There was also an original song by Michael Holland, "Everything in the Whole Wide World," a melancholy ballad of love and life which ends with the duo saying, "We're not really sad."

With no intermission, the team kept us engaged with a few breaks to do the usual; raffle off Broadway show tickets, wish audience members their due Happy Birthday, and find out who else in the audience is a fan of the retro "Pony Princess" doll.  Of course ! I should have brought my Snoopy Snow Cone Machine and we'd be all set for some big fun with Kool-Aid.

The Love is a Battlefield medley boasted Modern Love (Bowie), Karma Camelon (Boy George) Melt With You (Modern English) and then showcased to the kitschy "Total Eclipse of the Heart." Some random whistle blows from an old fashioned time clock and they "punch out" and leave the stage.

A mild encouragement from the crowd beckons their return. They do a few more sets and then announce that they'll bring back "everything" from the 1970's "all of it," "including Studio 54". We're ready. This begins with the lighting of the moon and a haze of strobe and psychedelic lights ... you know what's coming next and you don't want it to be different than you expect ... Michael take the piano for I Feel Love (Donna Summer), If I Can't Have You (Yvonne Elliman), Never Can Say Goodbye (Jackson 5), and Don't Leave Me This Way (Thelma Houston). This was wrapped up by the 70's pop bachelorette party or post divorce anthem, "I Will Survive" (Gloria Gaynor), mixed in with Stayin Alive (Bee Gees), "Born To Be Alive" (Patrick Hernandez), and winding down with my all time soul fav, "You'll Never Find" (Lou Rawls ... may he groove in peace).

How much kitcsh can you handle in one night? ... turn around bright eyes ... the spoon has met the moon ... great retro fun !! 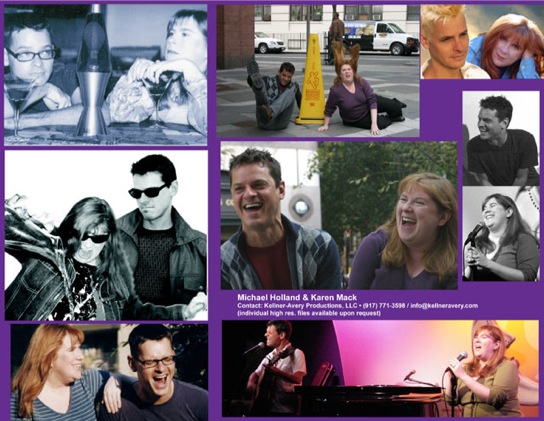