The Goo Goo Dolls rocked the Hampton Beach Casino at the beginning of this summer to a sold-out crowd. On November 19, 2011, they returned with Ryan Star to once again, perform to a sold-out show. This time it was the last of over 300 performances on the tour, and the last show for the Casino as it closed out its fantastic season of music. 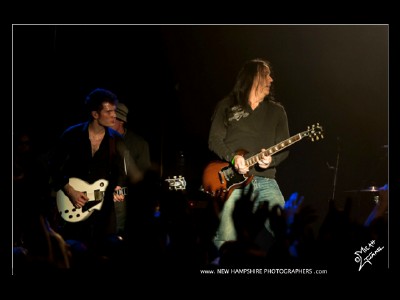 The atmosphere formed a high level performance; from the relaxed lighting, to the music and fans, everything was just the way I had hoped it would be – good vibes. The bands were a perfect duo to play on tour together. Their music was equally inspiring. All night fans were throwing up hand symbols of hearts and peace signs. The energy at this show was definitely, “Rock and Roll.”

Ryan Star came out with great energy for the opening act. He kicked off the last night of the Goo Goo Dolls tour with his song, “Brand New Day.” His music had a familiarity to it, even for new listeners. His songs somehow give me hope, wonder, a sense to live life to the fullest.  “Breathe” is an anthem to everyone who is just having some bad luck; letting them know that it’s okay even when the going gets tough.  His music sticks with you and runs through your mind. Ryan saw the heart symbols from the fans, and returned them from the stage. His bad boy looks fit the rock star part so well. His energy and passion for his music is easily seen and shown when he’s performing. Ryan ended up cutting himself during a guitar solo with a broken guitar string before the night was over. To end his night on tour, he invited a fan up to show off their musical talents. This is rarely seen and truly shows the utmost respect to the fans.

The Goo Goo Dolls came onto the stage, one band member at a time. John Rzeznik, Rob Takac, and Mike Malinin, all in the line-up. I prepared myself for a night that I know I will never forget. The Goo Goo Dolls started with “Still Your Song” for everyone in the Ballroom. The array of people was of all ages which created a mix of new and veteran fans.  This lead to quite the dynamic crowd! Sitting from where I was I saw married couples reminisce about when they were first falling in love with each other. Rzeznik kept everything real. If he came into a song on the wrong chord, he called himself out on it. Towards the end of the night Rzeznik put on a fans winter cartoon hat and played to a side section in the Casino. Everyone sang - every word - to every song! They jumped and jammed without a care in the world. There was a feeling of hope in this venue tonight. Even I left there feeling like I have a little more knowledge about what I want, where to go from here, and what my next steps may be.

The night was an overall success. Both the Goo Goo Dolls and Ryan Star left with some new fans !  The whole thing was an amazing experience for me, because they were fun and easy going, which relaxed the whole room with just the strum of the guitar or the beats of the drums.  I was pleased and left with a smile from ear to ear; I’m still wearing this same smile almost a week later. 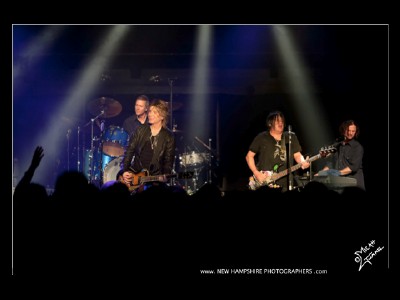 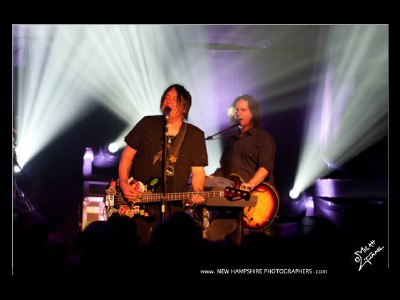 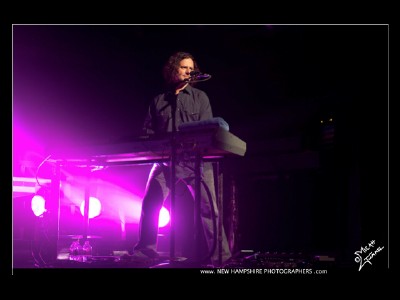 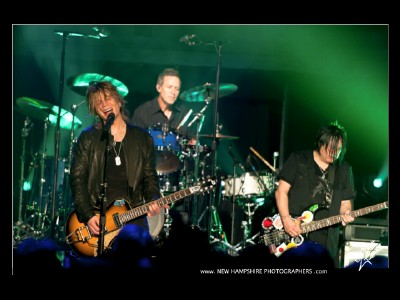 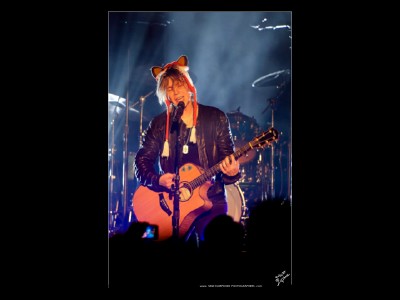 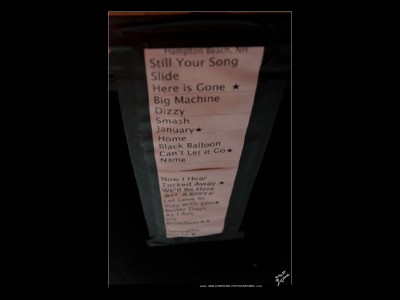