I had the pleasure of seeing the one and only Mary J.Blige on March 20, 2010 in Miami Gardens, Florida. Mary was the headliner for the annual Jazz in the Gardens Festival that salutes Jazz and R&B musicians for an entire weekend of music, food, and fun. 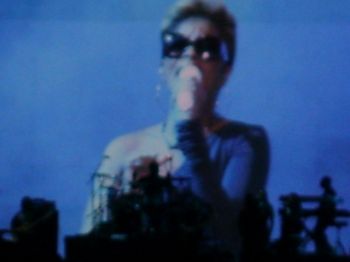 Although she came on stage roughly two hours later than the announced time, it was well worth the wait. Mary covered both older tunes from as early as 1994, as well as new songs from her current album, Stronger with Each Tear. To say her voice is powerful is an understatement. Her voice is just as good live as it is on all her albums.

I will definitely see her anytime she visits Florida, but hopefully she does the tour solo next round.