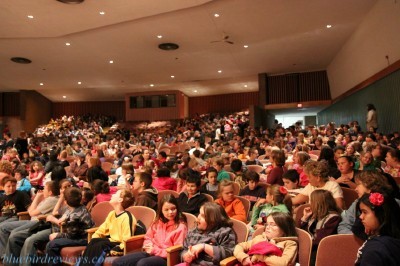 Review by Bluebird, with special editorial thanks to Judy Hudson.

"One of the oldest community orchestras in the United States, the PVS was founded to serve the Pioneer Valley through music in three ways: by performing symphonic and choral music; by providing members of the community the opportunity to participate in making music; and through musical education, particularly by introducing young children to live orchestral music." 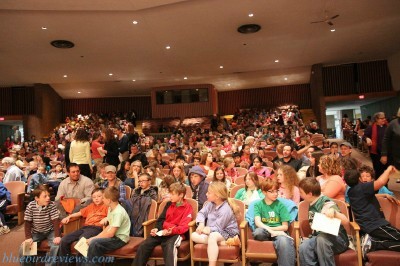 Busy, noisy, silly elementary schoolers filed into the Greenfield High School Auditorium for the PVSO performance and the room was filled with excitement! 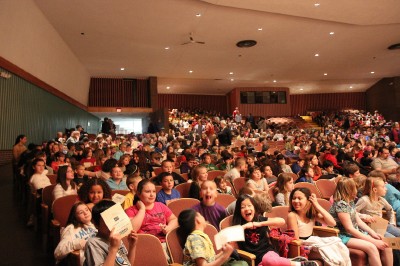 Terry Ruggles, a resident and former PVS Board member introduced Janet Rogers. Janet is the granddaughter of Mary Stuart Rogers, and has been very generous in getting support from her family's foundation, which is based in and largely makes grants to various non-profits in . Janet told a story about her grandmother, Mary Stuart Rogers. She narrated how she loved music very much and that this foundation was a way to thank the listeners. With warm words toward this young audience, she told them that this experience will make them part of the music family. 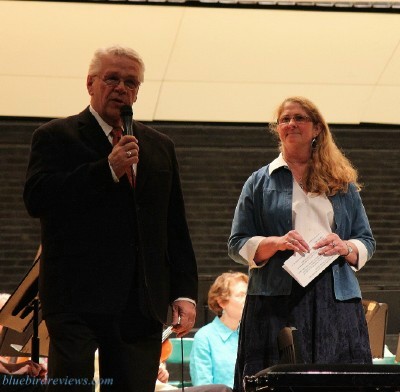 Liadov ... Legend of the Birds 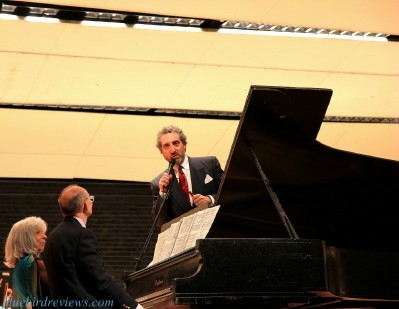 Maestro Phillips introduced the two piano soloists, Gary Steigerwalt and Dana Muller. Playing "The Introduction and Royal March of the Lion." The audience was then directed to turn to the side of the orchestra during "The Elephant" which featured the double basses. 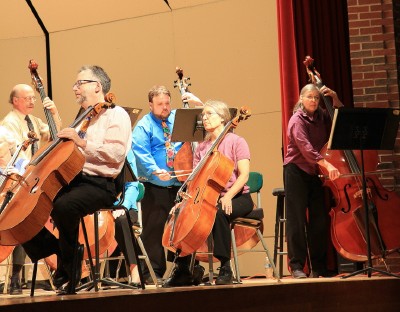 This piano duo had great energy! They kept time with each other and played with passion! 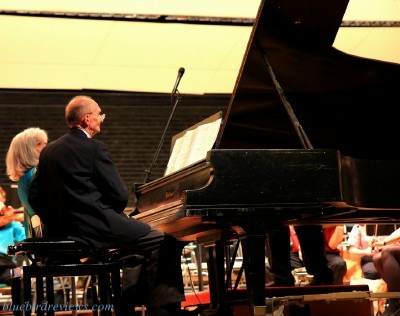 "Kangaroo" was next and the conductor made a joke that brought laughter from the children, "I could not eat a kangaroo, but many fine Australians do!" Then we were directed to the violin section, "In the world of mules, there are no rules!" "The Fossil Poem," "It's kind of fun to be extinct!" The casual intensity of this duet brought great chemistry to the stage. Ms. Muller leaned back as she was playing, while Mr. Steigerwalt was intense, leaning forward. They did not force the music, but waited for it. This piano pair "lived" their performance and it showed in how much the audience enjoyed it.

The Carnival of Animals included "The Swan," the familiar and forever lovely cello solo that has been enjoyed by generations.  The finale, led by the pianists, created a mood for violins which were flawlessly managed by Maestro Phillips. 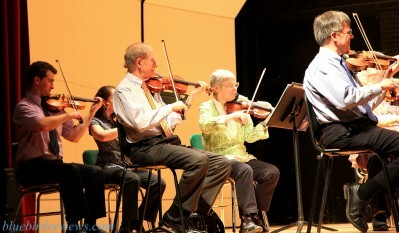 A child from the audience yelled into the quiet, "ENCORE!" The orchestra laughed.

The Maestro approached the audience and said we would be participating in the performance today. He asked the children,

"Are you happy to be here today?" 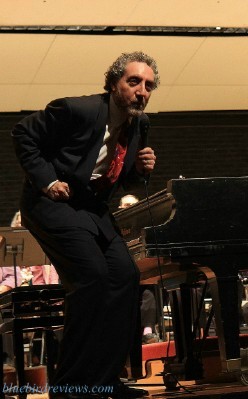 "I'm not convinced. Are you happy to be here today?" And with the wave of his hands upward the children were eager to get louder.

"I'm STILL not convinced. Are you REALLY happy to be here today?" And all of the children ignored their adults' earlier directions to be polite and let out their stadium hollers.

"YEAH!!!" They roared, they laughed and the symphony was FUN for them!

Maestro Phillips told the story of the next musical piece, “The Legend of the Birds.” The Assistant Conductor, Jonathan Brennand led this classic. The sad story was of a father and his son from . The son was very ill and he asked his father if it would be spring soon. To cheer his son, the father constructed a bird made out of wood near the fireplace. The wooden bird, as it moved from the heat of the air, had its wings flapping to the point that it became a real bird. The story is legend because the father brought Spring to a Russian Winter. "Quietly," Phillips said, "you will hear what sounds like bird calls."

For "The Waltzing Cat," Maestro Phillips engaged the children to "Meow!" 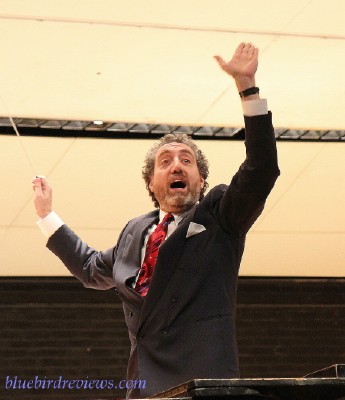 He had them follow him as he was conducting the orchestra and then he would point at them and on cue they'd, "Meow!" It was quite remarkable the control that he had over these youngsters. They were engaged, happy and learning more than they realized about conducting and musical arrangements. He told the children that at the end the orchestra had a special surprise for them. And they did. At the end of "The Waltzing Cat," The orchestra 'BARKED!" and then "Meowed!" Maestro Phillips told the audience you now have permission from the Pioneer Valley Symphony Orchestra to "Meow" during "The Waltzing Cat," even if you are the only one in the audience to do so! 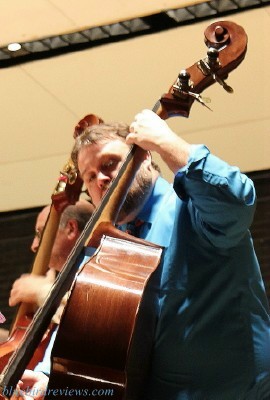 Igor Stravinsky's "The Firebird," was as intriguing and powerful as the original. The prince who fights the evil king. "The Infernal Dance of King Kashchei," brought sophistication to this quick study group of music lovers. (The Prince Ivan The Wonderful.) In "Berceuse (Lullaby)" we searched for the bassoon and were gleeful to find it. 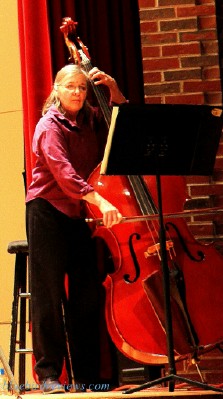 The performance ended with applause and polite cheers as this elementary crowd had grown in years of their new love and appreciation for the symphony! There were many bows from the orchestra and a big thank you to Janet Rogers and Terry Ruggles.

The PVSO has many sponsors and is also supported by gifts from its listeners.