With their original lineup, in a unique tour series this year, Creed chose a select set of albums and played certain ones live at different venues across the Northeast. For the Orpheum Theatre in Boston, it was Human Clay. There is a lot of history of change with this band, and many stories to tell from the fans too. Full Circle, the title of their latest album, was also the theme of this room tonight.

Human Clay was the second album release from Creed after My Own Prison. The record sold  ten million copies in two years. "Higher," was the number one rock radio spot for 17 weeks. Combined with "What If" and "With Arms Wide Open," Creed had seven consecutive rock radio hits. "With Arms Wide Open" was their first number one hit and several months later, the song won a Grammy for Best Rock Song. (Leahy, allmusic.com).

"Are You Ready?" Creed exploded onto the stage and Boston was indeed, ready. Eric Friedman made a grand entrance, doubling up on guitars. He then lined up with Brian Marshall and Mark Tremonti, while Scott Stapp took on the vocals, "life has just begun." This track lead the way for a great show. 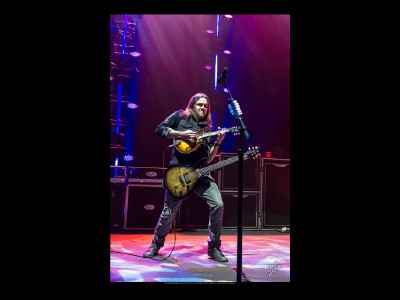 Mark Tremonti walked out for a quick solo. Stapp says, "Ask one question!" and the crowd rose to their feet, 'What If?!" Stapp leaned toward the audience, "There's a lot of energy in this room!" A line of fans in the balcony had "C-R-E-E-D" written on their faces, they were ecstatic. These hard core loyal fans were anticipating the Creed that they had known for years. Many had seem them last year and were following their tour again. 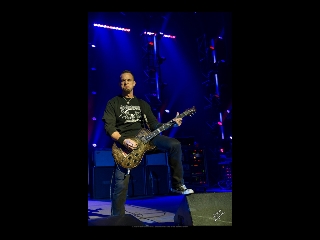 "Say I" commanded the stage and it seemed to be slowed down a bit to pull in the crowd. There were multiple light set changes and the audience roared with every nuance. Tremonti's guitar work came in fast and furious, creating layers of sound with Marshall's bass rock riffs. Strapp brought force to the stage, while Phillips elevated it with intense drumming.

"With Arms Wide Open" was inspired with intro comments from Stapp about his son, of course. The fans remember every story, every line, every note. The atmosphere was warm and familiar, even to first time Creed fans, people seemed to connect. Stapp reached out to this audience with genuine gratitude and generous returns. 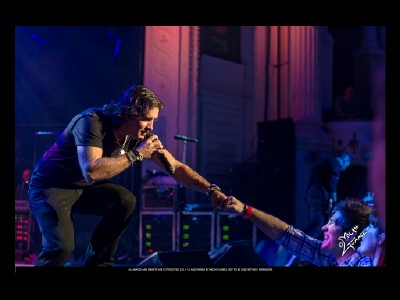 "Higher" The long awaited smash hit bellowed to every corner of the room and resonated. Stapp raised his hands toward the sky and the entire audience was on its feet, cheering Creed on. Stapp noticed it too. At the end of "Higher," he made a fist that he brought to his chest and whispered, 'yeah.' The room was bathed in red, blue and green light. For Creed fans, this cohesion is what they came for - the core intact. 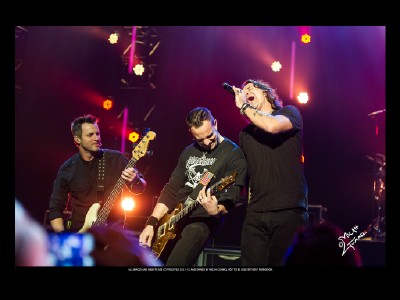 Scott reminded us he was "takin it down, just like the album does," for "Wash Away Those Years." This is a courageous song. The story line is intense, with hope that finally heals the pain in the end. "The song hits close to home." Scott said. Covered in sweat, he genuinely looked sad while singing this rock ballad. The trio of guitarists approached the edge of the stage and sang support back up. Tremonti tore into the chords that reflect the rage the song expresses. This performance brought the story to musical life.

"Inside Us All" Fans were swaying, knowing every word of 'Inside Us All." This brought the Human Clay album to its final track. 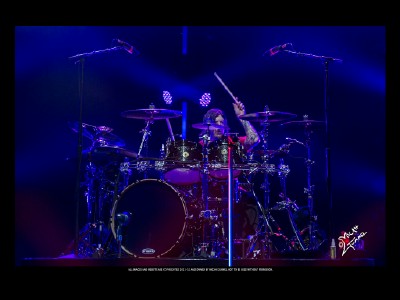 The wait for an encore was short, as if the band were eager to get back on stage. Mark Tremonti took the spotlight for his intro solo to "One Last Breath" and was smiling so broadly, fans could probably see it from the balcony. I turned around and was overwhelmed myself with the waves of people who could not reach out far enough, could not sing loud enough, could not be close enough, to this band right now.

Creed pushed the experience to another level by playing a host of fan favorites. Friedman and Stapp set up a blaring duo during "Bullets" with later back to back jams of Friedman and Marshall. The combination of changing stage moves was great to watch, as the energy and closeness of the band with each other and the fans kept building. One of the most moving exchanges was the duo of Scott Stapp and Mark Tremonti, long time friends before Creed even had its name, rockin out together.  A fan yelled out, "It's like the old days again!" 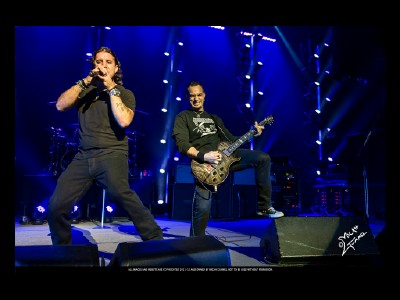 Tremonti had a great solo during this set among many. Stapp announced,  "This next song says it all!" "My Own Prison." Stapp held the mic out to the crowd while Tremonti took the lower vocals. Stapp got the crowd to clap in unison, "One." I love the bass line and the drum sequences in this song. Everyone on their feet, post grunge rockers showed they can dance! A woman next to me said, "This was the best show of this tour!" Scott Stapp, "THANK YOU BOSTON!"

"We may rise and fall ~ but in the end ~ we meet our fate together."

"My Sacrifice." Hearing it live, Stapp had a deep, almost blues voice, during this track. The barriers of sound escalated and the levels kept climbing. Creed band members made 'rock on' signs with their hands, as the white lights flashed among them. This was their night and they gave it back to their fans. Stapp shouted, "THANK YOU BOSTON!" Drum sticks were thrown to the crowd. On the way out, Stapp yelled, 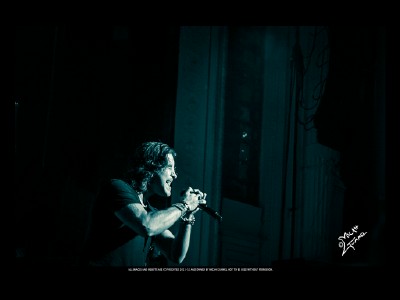