Doug Ratner and The Watchmen

Details
Written by Bluebird
Published: May 22 2012

Do you know Doug Ratner and The Watchmen?

From Springfield, MA, I caught this live classic rock band at Pearl Street in Northampton. In the line-up to support the Spin Doctors, it might as well have been a double bill. Stocked with the bands' own fans and massive amounts of loyal energy, Doug Ratner and The Watchmen put on a great show. 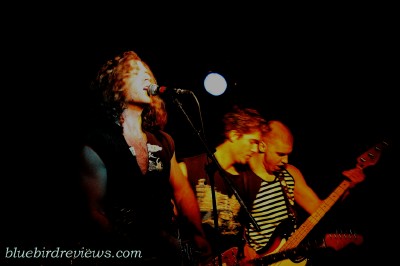 The Watchmen cite The Who, Pearl Jam, CCR, The Police, The Allman Brothers, Green Day, Neil Young, Tom Petty, and Guns and Roses as their influences. This was a 'first listen live' experience for me, although I have heard their music in videos and seen their name around the web. The set started with 'Take Me Home," and Ratner caught a moment to warmly address the crowd, inviting them to the edges of the stage, "Come over and rock out, this is not a museum where you see things on display ..." 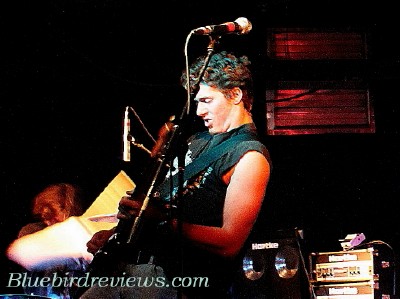 They blasted into "Piece of Mind" with blistering guitar riffs teaming up in duos. The bass and lead along with Ratner's vocals and guitar work come together with all out punch. Literally paying tribute to a 'famous rock and roll band,' that inspired them to create music, Pink Floyd's "Money," blared louder than you can imagine Roger Waters can think. "Austin, we love you!" is bellowed from the crowd, while Ratner sweeps his mythical-Robert Plant-like hair into a pony tail and dawns boldly some pink risky business sunglasses. 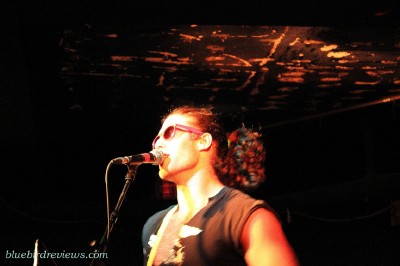 "I Still Fall," shook the house with the volume that climbed as the audience grew. This band showed phenomenal stage presence. Driven by music and the power of exchange with the fans, they instantly created reciprocal energy, yet they were in total control of the atmosphere tonight.

The band members were introduced multiple times and there were many followers of each member. My favorite part of the show was during the song, "Ahead Along," where they stopped and started the entire set on a dime, just impeccable timing and powerhouse effects with their instruments, enough to short circuit any electronic device in the room. 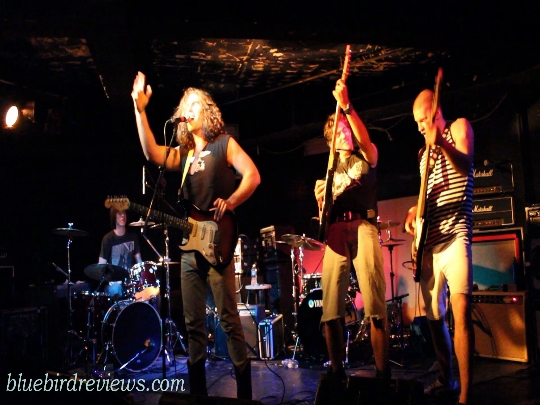 Doug Ratner addressed the crowd with a few stories tonight. He said that Rock N Roll was "one of the most important things that exists in this world because it tells it like it is." This got the fans  into screaming rebel metal mode and off they went, singing along to the now controversial, "Bomb In The Backseat." He explained to me in correspondence after the show that this song is actually against terrorism. Its intent is to reach out to angry youth who would normally go under the wire and perhaps do something dangerous to express their rage. Interviews quote Ratner as commenting that it is a wake up call as to the easy access people have to explosive weapon creation and a commentary on societal greed. It is also an alert to how ridiculous many phone apps are today and some of the risky things that are offered via download. Ironically, after being banned from MassLive TV, “Bomb in the Backseat” became the most requested song of the week at Radio 104.1 WMRQ, after Green Day. It was also in the number 2 spot on Amazon's Hot New Releases for Classic Rock. 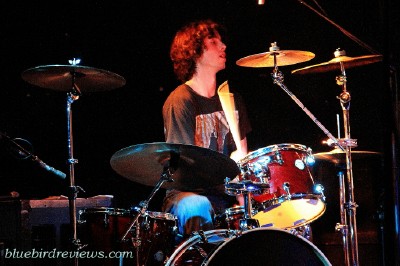 He shared a story of wearing this same t-shirt from when he was 19 years old attending SUNY Purchase, and now was amazed to be opening for The Spin Doctors. "Voo Doo Heartache" and "Melatonin" closed the show. The show ended with a hilarious jam of the entire band slapping their guitar necks as if they were riding horses, all the while, not missing any chords. 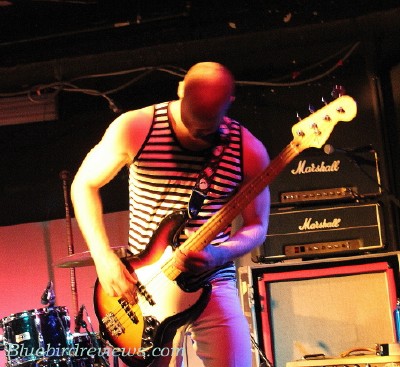 Doug Ratner and The Watchmen are an intense and a wild ride of impact talent. Ratner stated in interviews that he is driven by truth in music and seeks to speak volumes, wanting to create social change through songwriting. Controversy aside, they are a hot rock band that can go all night. Catch their show live and visit their website for more information. 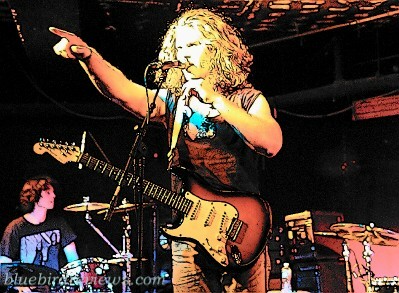 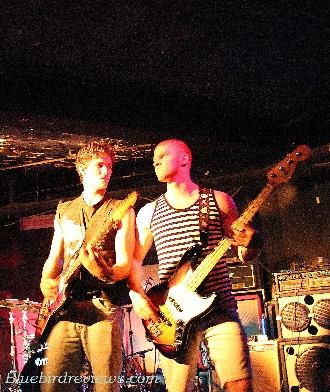 Doug Ratner, “Rock n’ roll takes all the chances it needs in order to make a difference in this world. Icons such as Little Richard, Jimi Hendrix, The Stones, and GNR knew that in order to make a change, you have to be honest and sincere with your message to the world. That’s what we are doing right now. Rock n’ roll changed my life and it has molded me into the person I am. It’s lying dormant somewhere in society and needs a jolt of energy into this world.  Rock n’ roll will survive."

Find Doug Ratner and The Watchmen on Amazon here.

And on iTunes here. 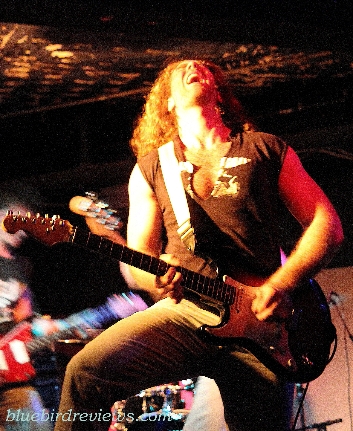