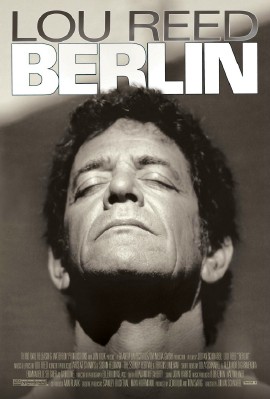 Local Northampton artists, Sonic Youth guitarist, Thurston Moore and accompanying friends, Samora, and Matt Crefton played some tunes, including "Honest James," to hush the eager crowd. There was a shout from the first rows, someone started singing "Sweet Jane" and that got applause, too. The trio ended with an unusual musical soundscape, using a violin bow on a guitar and a mixer. The crowd was initially curious, until the string of distortions went on for about 20 minutes without background, vocals or melody. People started leaving, there was more talking from the crowd than music. Finally, someone started clapping and the audience agreed, politely, everyone, clapped them from the stage.

At 8:45, without announcement, Lou Reed and his band just walked onto the stage. "How ya doin?" he says.

He's tall, striking, in a black shirt, jeans, his red guitar slung low, stage light behind him. He opened with "Mad" and he owned the crowd. "Sweet Jane," with the short intro, came second, a surprise to hear such a popular song from him so early in the set. It got a standing ovation with the first classic riff. During "I'm Set Free," he called out to Steve Hunter, former Alice Cooper guitarist, and the band exploded into a four guitar set, with an amazing drum accompaniment. "Ecstasy" was painfully passionate, powerful.

Then on to the lighter side, "This one is from the movie, Juno. A foreign movie, taking away good paying American jobs," Reed said before starting, "I'm Sticking with You." There is vocal accompaniment by the  keyboardist, it is melodic, harmonious. After this, the tone changes to an almost live poetry reading with amazingly intense vocals and instrumentals, "The Power of the Heart" was gripping, mindful.  There are few announcements during the night, and a serious focus on the production of the show, signaling the drummer with cymbal crash signals, consulting with the stage managers, and band members mid-song at times.  He changed guitars and talked about Edgar Allen Poe and "The Raven," and then went into "I Wanna Know (The Pit and the Pendulum)." This was his moment and the audience was into it. "Halloween Parade" followed with all band members singing and the mood was again, suddenly lighter.

If you know Lou Reed at all, you expect his cool, enigmatic exterior. His presence remained unchanging, the dark foreboding glimpse of internal soul, yet he was humorous at times, as he noticed the audience fumbling their way to clap a beat. He stopped what he was doing, walked to the end of the stage and corrected us, boldly clapping out the correct tune. He kept his iconic stance, while singing "Guardian Angel." The words of the song are so personal, yet his voice still so deep and edgy, this unforgettable contrast slices through you. "Magic and Loss" was instructive, both in the vocals and the instrumentals. Throughout the song he sings of the fire to the light, and it seemed at the end, there was a crescendo of his band, the intensity was so passionate, the music almost reflected the fire itself. It was elevated to an acoustic art form.

He encored with "Pale Blue Eyes" and left with a humble, "Thanks for having us." The crowd, on its feet, in the aisles, desperately wanted more. The entire set was perfectly calculated, wise, vulnerable and prophetic. It was Lou Reed, he rocked it, driving home the "Busload of Faith" that we all need to get by.