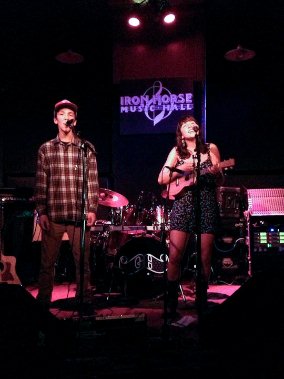 Lead photo and this biography were submitted directly from the musicians. Please contact us for reprints.

June & the Bee are a brother sister group hailing from Amherst, MA.  Their first original musical arrangement was comprised of Eli on the beloved red kazoo and Emma June on the frying pans, respectively.  Since then Eli (the Bee) has taught himself guitar and Emma June has  taught herself the ukulele. June & the Bee credit their folk influence to their father, who would vivaciously sing his own renditions of "The Star Spangled Banner" and play the harmonica, when they were younger.  Emma June and Eli gained much of their musical inspiration from their upbringing in the arts based pedagogy of Waldorf education.

Emma June is 20 years old and enrolled at The University of  Massachusetts, Amherst as a sophomore, with a self-designed major in  Arts and Education. In her spare time she is avidly creating devised  immersive theatre.   Eli is 17 years old, and a senior at Amherst  Regional High School. In his free time he is a member of the Central  Rock Climbing Team.

Emma June and Eli started performing their music in 2011, in the cozy venue of their home kitchen. After many raucous dances by their mother and many encores from their dog Sofia, they were fortunate enough to land their first gig (out of the kitchen) on to the stage of The Iron Horse where they opened for Gentlemen Hall.  They are currently in the  process of mastering their first EP, June & the Bee.  They hope to continue to share their tunes with the world. 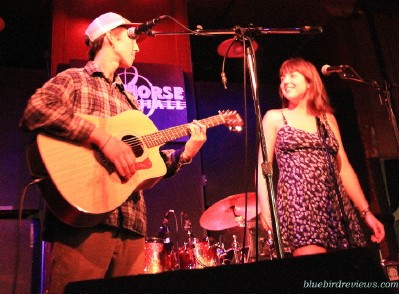 A Night At The Iron Horse

I have a keychain that says, "Have Faith, Some Things Happen For A Reason ..."

Despite the late hour, there was a line out the door to get in to the Iron Horse to see Gentlemen Hall, with support from June & the Bee tonight. This early autumn evening was clear and dry. People were patiently waiting in line, there was a little girl with her family celebrating the fact that she played bass, practicing for the one year mark. These people were multi-generational music fans with wisdom and inspiration to the core.

Gentlemen Hall was in the usual Iron Horse parking spot, right in front of the venue, unloading their last minute gear for soundcheck. The growing crowd stirred, knowing who they were, but respected their privacy, given it was so close to show time. Through a stroke of luck, and neighborly spirit, I was called out of the crowd by a local friend and introduced to the family of the opening band, June & the Bee.

The sibling team of Emma June and Eli Ayres make the band, June & the Bee. These names were developed in childhood. Emma June, 20 and Eli, 17, proudly refer to their studio of practicing, performing and recording as 'in the kitchen'. By chance, Emma June was on the UMass campus this week and received a flier from one of the band members of Gentlemen Hall to attend their show. After chatting with GH, she learned that their opening act had cancelled and spontaneously offered the June & the Bee soundcloud for their listen. Shortly thereafter, they received a call from GH, that they would like to book June & the Bee as the opening act for the Iron Horse this weekend.

June & the Bee ~ Get Out of The Kitchen 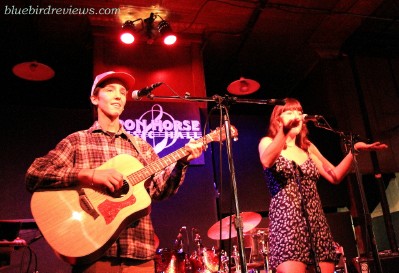 Emma June Ayres came up to the mic and announced, "Our usual venue is the kitchen... So wonderful to be here!" and she introduced her brother Eli Ayres. They started off with a song going out to those who 'keep your heart warm, ' entitled "Trail Back Home." Emma June encouraged everyone to "feel free to get up and move, it's Saturday night!" "UMass, this goes out to you," she said. "Take it away, Eli" and her brother sent out a rhythmic acoustic solo that had the crowd instantly clapping along. "Pretty Bird Don't Fly."

Remember what I said about how things happen for a reason?

Emma June announced the third song saying, "Our dear mother who listens to us in the kitchen when we sing and our father who bought chickens inspired us to write, "Don't Be Long."

Who would have thought that your father buying a chicken would inspire a song that you'd someday bellow out to a hip crowd at the Iron Horse Music Hall? AND that they'd like it!

As young as this duo is, age-wise, there is grit, spunk and sensibility, in their presence. This comes through without question in their interactions with the audience and in their song writing. Emma June explained a song that was for those who have been burned, "really hard." She empowered the crowd to engage in the cathartic, "Oh Yeah, Let's GO!" while the ever questioning, "How can you be so blind?" sailed from her voice during the litany of "beautiful lies" that was described.

The duo of Eli and Emma June compliment each other very well. You couldn't have chosen a better match to engage and entertain an audience. Emma June announced a "song that goes out to the red heads" called, "Diana is a red head." The harmonies on this production were chilling. Eli sang the leads, while Emma June's voice, from where I was standing in the cavernous Iron Horse Music Hall, echoed on the outer notes. Eli's vocals sounded smooth and ethereal like Jim White on "Static on The Radio." They closed out the night with MGMT's "Kids," totally nailing this number and making it their own.

June & the Bee are acoustic folk singers with an innocence and warmth about them that is home grown from a core of grounded connections to the people around them. Spunk with charm, street smart, and unshakable with genuine experience to share, the confidence comes through both of these musicians, which makes you want to cheer them on to hear more. They graciously ended the night with commenting on how the room was exploding with energy and announced that Gentlemen Hall will be amazing, and Emma June said "I'll be dancing ... this goes out to the hobbit holes and hills ..."  They speak of down home real, where everyone is welcome and comfortable, opening the fans up to true talent.

Historically, haven't we heard so many music references to the 'soul kitchen'? What a privilege to be invited into the unfolding of a very promising career for June & the Bee!

Some things happen for a reason.

Catch the Buzz on June & the Bee: 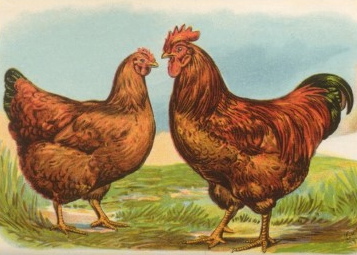 Have a listen to the tunes of June & the Bee at: www.soundcloud.com/june-21

To read the review of Gentlemen Hall from this evening's show, click here.

Join our music community for daily song posts, site updates and music reviews of all genres.