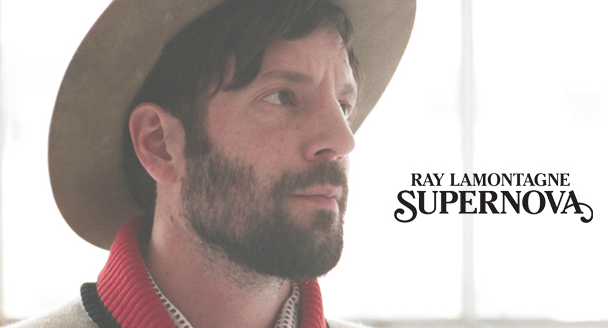 Isbells band, The 400 Unit, has been playing with him since his second album, Jason Isbell and the 400 Unit released in 2009. Needless to say, they were exceedingly tight and road seasoned. This year, The Americana Awards have nominated Isbell's Southeastern album for Album of the Year, and the song "Cover Me" for Song of the Year, plus Isbell for Artist of the Year. Their hour plus long set included a half dozen songs from the album and other fan favorites for those that were familiar, resulting in appreciative applause and producing smiles from the band. Between sets, I chatted with a new Isbell fan, as she looked him up on her phone, while another turned to chime in that Southeastern is her favorite album of 2013.

When I got to my fifth row seat I started watching others locate theirs. Big smiles and elbowing between friends when they realized the
superb vantage point they had for the show. The stage was simple with a backdrop that resembled a kaleidoscope when lit. At times the backdrop looked like stained glass and often showed short pieces of film, synced to the music.

When the lights dimmed there was applause, showing approval and ending months of anticipation for many. Ray and the other four musicians began what would be a two hour set. The band opened with "Gossip in the Grain" and immediately went into "Lavender," the first song on Supernova. The song is very retro sounding with flawless vocals provided by all. This seemed to set the ambiance that was maintained for most of the show.

Considering this was the first night of the tour, the musicianship truly confirmed the caliber of professionalism of Ray Lamontagne. He spoke with an uneasy shyness. "Thank you for coming. I wouldn't want to start this tour at any other place. It's true."

Another new song, "Pick Up A Gun,"  followed before the band played, "For the Summer," from the 2010 Grammy winning album God Willin and The Creek Don't Rise. Three more Supernova songs were grouped together, "Airwaves," "Ojai" and "Supernova." About this time it was easy to hear someone nearby in the audience softly complaining, apparently enough new material is enough new material, as "Ray,  Play 'Meg White'!" continued to be shouted out, and someone else yelled out "Jolene!"

The music from Supernova is different from Lamontagne's past albums. The entire album has a retro sound, and a familiar feel. This is a change for Lamontagne. Supernova was produced by The Black Keys' Dan Auerbach. The record is full of trippy guitar, great bass lines and superior floating harmonies. Time should prove Supernova to be one of Ray Lamontagne's strongest albums of his career. But different and new are not what everyone wants to hear when they attend a show and the band opening with six of eight new songs played seemed taxing for some. "Beg, Steal or Borrow," also from God Willin seemed to make everyone relax and sing along. Then, from Supernova came 'Smashing', a very mellow psychedelic song.

When it seemed we would be hearing the new record in its entirety the band left the stage, all but for Lamontagne and bassist Zack Hickman. This is when, for the second time of the evening Ray spoke. He explained that he wanted to play some "old songs, that are like old friends, they piss you off and then you forget about it and get back together until they piss you off again." "Jolene" made everyone in the Civic Center quite happy with many singing along. Ray spoke again, "this next song I wrote about, well a little over two hours from here, when I was F---ing broke". Referring to when he had been living in Maine with his family. Ray went under the radar almost entirely in Maine and proceeded to be discovered elsewhere. Lamontagne continued with his story of how he'd been working hard all day, working with an accomplished carpenter, attempting to learn the trade. He was exhausted from the work and his 'Sweetie' and two young boys were off to bed. Ray continued, saying he was tired of the struggle life had given him - how everything he did wasn't enough. Money problems were his daily worry. So sitting quietly with only a candle in the cabin he had built for he and his family, he proceeded to write the song that helped establish his career, "Trouble." As he began to play, Lamontagne's gravely voice told of the pain and struggle and of the "worry, worry, and worry." And it felt as though every soul sang along with him. "I've been saaaved by a woman, but she won't let me go, she won't let me go". This is what we were all there for, the Ray Lamontagne that reminded us that, in music we have singers and we have voices, and he is both of those. We have storytellers and we have artists, and he is both of these as well.

The rest of the show was a well mixed bag of new songs and fan favorites, including, "Meg White," "Julia," "God Willin and The Creek Won't Rise," "Drive-in Movies." "Rock n Roll and the Radio" had Ray playing a sweet harmonica, as well as a six string guitar. Hickman played his stand up bass with a bow, adding a deep viola sound, while the focus was equally on both musicians.

The encore included band introductions, as well as "Old Before My Time" and "Hey Me, Hey Momma." During that song, everyone in the place continued standing, singing loudly in unison, producing wide smiles from band members. And with that came the conclusion of the tours' opening night.

Ray and his band had managed to play all twelve songs from the new album, brought fans to their feet and be nearly drowned out by the chorus-like audience singing on a few favorites. This they did masterfully.

The tour winds through the continental U.S. and into Canada until August. Visit Ray Lamontagne's Website for official dates.