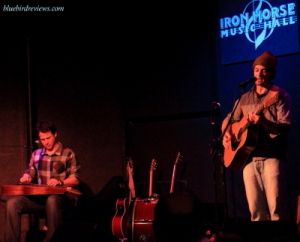 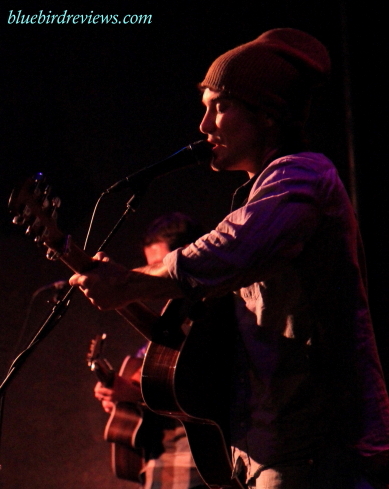 Award winning songwriter, Will Evans, joked throughout the night that they would only be playing the songs they remembered and that their memory of how to play was a bit rusty. This was far from the reality of the listeners' experience. With reflections of their most connected works, there was a platform, or a trampoline - of new sounds, from which the band could easily jump off, elevating the groove infected crowd right along with them.

From Mystic Connecticut, Will Evans' first solo release landed him in Entertainment Weekly as being right on target in the "Bullseye Of The Week" and warranted a #4 spot on the Northeast Billboards. Will's entry into the Guitar Center sponsored "Search For The Next Great American Songwriter" also brought him national attention. Out of over 10,000 entrants, he was chosen as one of the nation's top ten finalists. 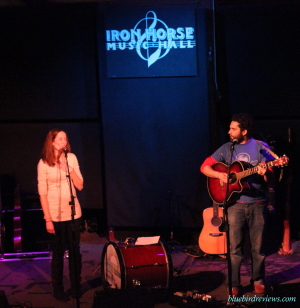 Joined by their folk-y singer friends, Greg and Rachel Baker, in was a warm winter's night of enjoyment for all. There was a spirit of humility and generosity with their integrated performances. Through their honest reflections and genuine interactions with the crowd, the music they played connected with the audience immediately, building great energy over the two plus hour set. 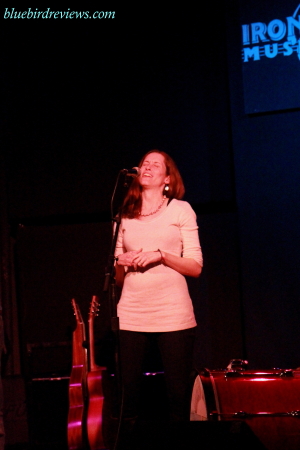 Rachel and Greg Baker announced they were expecting a child, and the glow of this news seemed to reach the loft and back. With a mix of covers like "Lucky," the acoustic vocal duo were able to mix soulful sounds similar to pop songwriters, Jewel, Jason Mraz and Colbie Caillat, with their own spin in the songs. "Yellow Marigolds" showed Rachel's wide range of vocals that spanned from sparkling angelic to corn husk grit. Jay Driscoll joined them for John Prine's "Angel From Montgomery," which made the evening seem historic.

"Forgiveness" from Don Henley was well done, but the volume for that song for some reason was muffled by the antsy crowd, which was a mix of ages, hungry for their dinners and eager to see their BFT heroes. Still, it was a strong performance and a big night for The Bakers, as they continued to support the band for their opener and joined with them in expert harmonies later in their set.

Will Evans and Jay Driscoll filled the room with the power of multiple minds, sounds and charisma, as their song stories unfolded. Barefoot Truth's ten year residency in the Valley and beyond was rekindled. Will created the art, while Jay communicated it to the crowd. Will used multiple techniques, often at the same time, to be a harmonious sound machine, with mic, bass drum foot pedals, and a modern mixing with live looping, that is projecting him into future works. Jay clapped with the crowd, danced while playing his fast picked guitar and led the howlers to their earthy forestry. They are a fantastically inspiring duo, each with talents in their own craft and spirit. 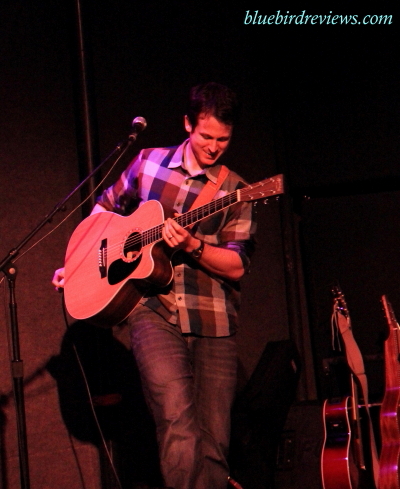 Highlights of their set included the Celtic intense, "Kiaya," which has a great retro LP scratch on the recorded track. The live version stunned the crowd. Will gets into a zone when he sings intensely and there is no stopping the focused energy that comes from these roots, they just keep growing. The vocals were soulful, ancient and howling with passion. The bass drums and foot pedal were integrated into the production with ease for a strong foundation.

"Let the earth be our walls, let the stars be our roof."

Barefoot Truth keeps the spirit of honesty as their namesake. The song, "Roland" was introduced as a tribute to a friend who made choices about life that caused the sad separation in a friendship. "The Ocean" is a popular track and a highlight of their Grammy produced record, "Changes In The Weather." It brought some chorus response from the audience who were blissfully subdued in their peaceful trance, but rose to the occasion.

The most superb moment of the night was the sparkling instrumental of "Windward." It climbed acoustic guitar chords like mountains and floated to its peak with the audience rising right along with it. People clapped and cheered, expecting it would taper off at any moment and it brilliantly continued to push through to higher levels to the crowds amaze and delight.

Jay proudly mentioned again, that Will Evans is an award winning songwriter, specifically for the song, "Life Is A Photograph". He performed it beautifully and took us into his master work of live playback, or live looping as is named in other sites. He generated several instrument sounds to create some great tunes that we could have partied on all night. The duo came together with the Bakers mid-set and played their more organic version of John Mayer's "Waiting For the World To Change." This crew has a sound that is clearly roots rock, but as accessible as Jack Johnson or Jason Mraz. Will Evans' vocals could be on par with Maroon 5, Dave Matthews or even Scottish/Italian Atlantic recording artist, Paolo Nutini, when he gets his blue eyed soul going.

The readers on Bluebirdreviews have followed Barefoot Truth for years and we've been aware of their impact on local music, as well as their propelling expansion of adding sound quality and lyrical depth to roots singer-song writing. Take a listen to Barefoot Truth's tribute to Vietnam Vets in "Red," and you will understand this is not your typical coffee house music. The last show we reviewed was Gordon Lightfoot and we came away hoping that the next generation of song writers will continue to wrap their brains around history in their story telling music. It is inspiring that this witnessing will continue for years to come in bands like Barefoot Truth and songwriters like Will Evans and Jay Driscoll.

See the full photo album from this show here :