Walter Trout - The Return On Stage 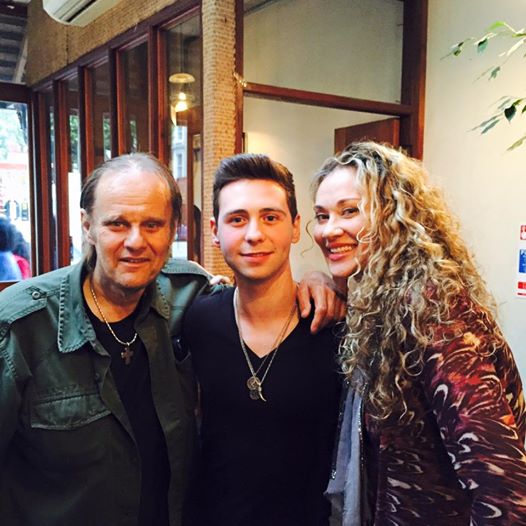 I was only 25 when I first heard Live (No More Fish Jokes) by Walter Trout. That album was, and still is, in my modest opinion, the epitaph of what Blues/Rock should sound like. Very few artists have been able to replicate that energy, vibes and intensity that Trout put on that record or in many of his studio albums he has recorded in his long and successful career but they rarely succeeded to do so.

In the last couple of years, horrible and heavy health issues have been very close to take away forever Trout not only from music and family but from life, in a very cruel way. Through the love and devotion of his family and fans, Trout has been able to overcome such issues and is living now a second life, to the point he struggles himself to believe he made it through.

Many people will remember the Lead Belly Tribute evening at the Royal Albert Hall in London on June 15th for the incredible quality of the line-up. Dana Fuchs (what a dynamite!), Laurence Jones, Paul Jones, Jools Holland, Billy Bragg, Eric Burdon, Van Morrison and many others. But Walter Trout stole the whole show. He just couldn't wait to go on stage, he didn't feel like doing anything else than playing tonight.

When that splendid woman that Marie, Walter's wife is, announced him to the London crowd, the whole Albert Hall rose on their feet for three Standing Ovations through the 10 minutes Trout had been on. Walter, visibly emotional, played a couple of tracks, one homage to the late great B.B. King, the other to Lead Belly, joined on stage by the young and very talented Laurence Jones during the whole performance. Apologies to all the readers at Bluebirdreviews about the fact I didn't take any photos. Purposely. I just wanted to feel and breath the whole emotion of that moment. To see Walter Trout on stage again, where he belongs, performing Live, has been an emotional and intense moment for myself and everyone present that night.

The Trout is back again, this time forever