One of the 80s true guitar shredders was out and ripping it up at the Chance in Poughkeepsie on Feb. 4th. George Lynch from the band Dokken was out with his band the Lynch Mob. George left the band Dokken in the late 80s  because of tension with Dokken lead singer Don Dokken. Nothing new in the music world. He formed the band the Lynch Mob shortly after. George was always known for his fast and ripping guitar playing. I have always been drawn to players who take the guitar to the next level. To push it further to find a new note or style. Eddie Van Halen is such a player. In Dokken Lynch's guitar playing was just that. 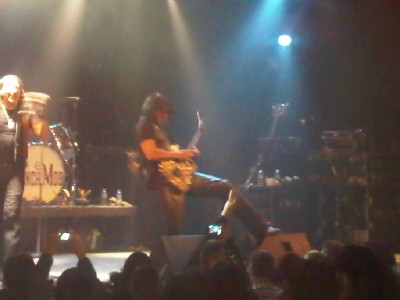 The Lynch Mob line up included George Lynch, lead guitar, original singer Oni Logan, Mick Brown an old band mate from Dokken on drums, and Robbie Crane from Ratt on bass. They opened with Bed of Roses from the first Lynch Mob album that came out in 1990. In the studio there are alot of overdubbed guitars so it is cool to watch George pull off the guitar. Next they played River of Love from the same album. They played River of Love, Hell Child, She's Evil But She's Mine, Rain, and Street Fighting Man off that album with the song Wicked Sensation as the encore.

They played a few songs from later albums that included 21st century man. From the Dokken library they played Into the Fire, Mr. Scary, and Tooth and Nail, which was my favorite song of the night. Mr. Scary is an instrumental that has a ripping guitar line. For me, and I hope many other true music fans, it is awesome that these guys are still out there making music staying true to the vibe. NOTHING makes my blood flow as much as watching a player bend a note to get that little extra. The look on their face is priceless!!!! The entire show was ripping from beginning to the end. George is truly a guitar great that still rips it up. If you like metal and are still a fan of it get out and enjoy some music. Its a great time because alot of the 80s bands are out playing club shows so its a good chance to be up close and personal with some great players!!!!! 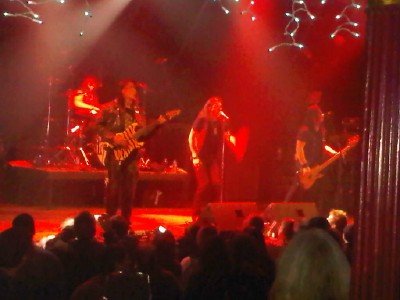