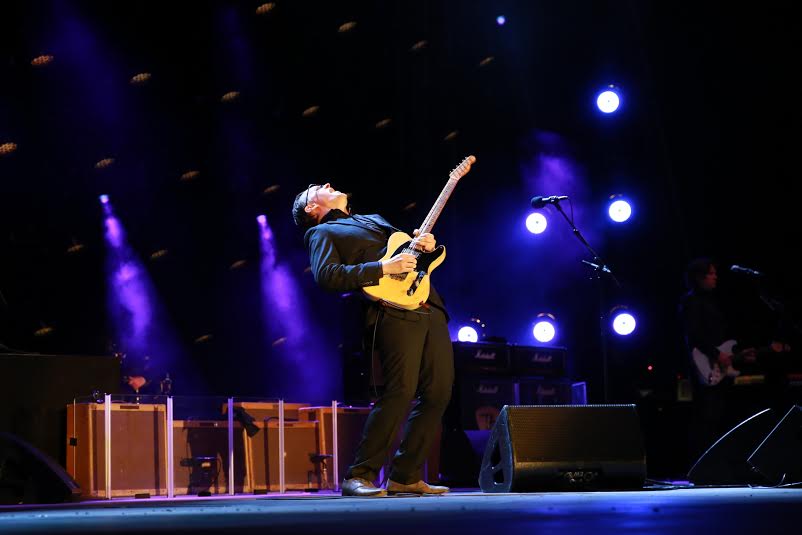 The Greenwich Maritime site is not only one of the many beautiful landmarks of London,  United Kingdom but also the perfect location for a music festival, right on the edge of the river Thames, hosting tonight an evening of true blues/rock aristocracy.

Even for Joe Bonamassa, Guitarist Extraordinaire and main event of a night of blues/rock that promises to be truly spectacular, it must be feeling really special to play in such a wonderful place. The feeling that this will be a special concert tonight in London is also due to the heavy presence of cameras all around the venue, hinting that there might be a possible DVD to be released in the future for tonight's performance. In the V.I.P. area, at the venue, many famous faces can be spotted, most of them very familiar to Bluebird Reviews. From Jethro Tull's Ian Anderson to the cream of the nouvelle vague of British blues/rock, like Ben Poole, Laurence Jones and Aaron Keylock amongst others.

After an incredible opening set of tonight's support artist Joanne Shaw Taylor, whose talent keeps growing and growing each passing year, both as a guitarist and as a singer, at 8.30pm sharp the prodigious guitarist from Utica, NY comes on stage, immaculately dressed as always, with his band.

Bonamassa is currently bringing to the UK masses his latest project, a Tour which is an homage to the 70's British blues/rock regalia, by playing tunes from music giants that have been instrumental in his own musical growth, like Jimmy Page, Eric Clapton and Jeff Beck. 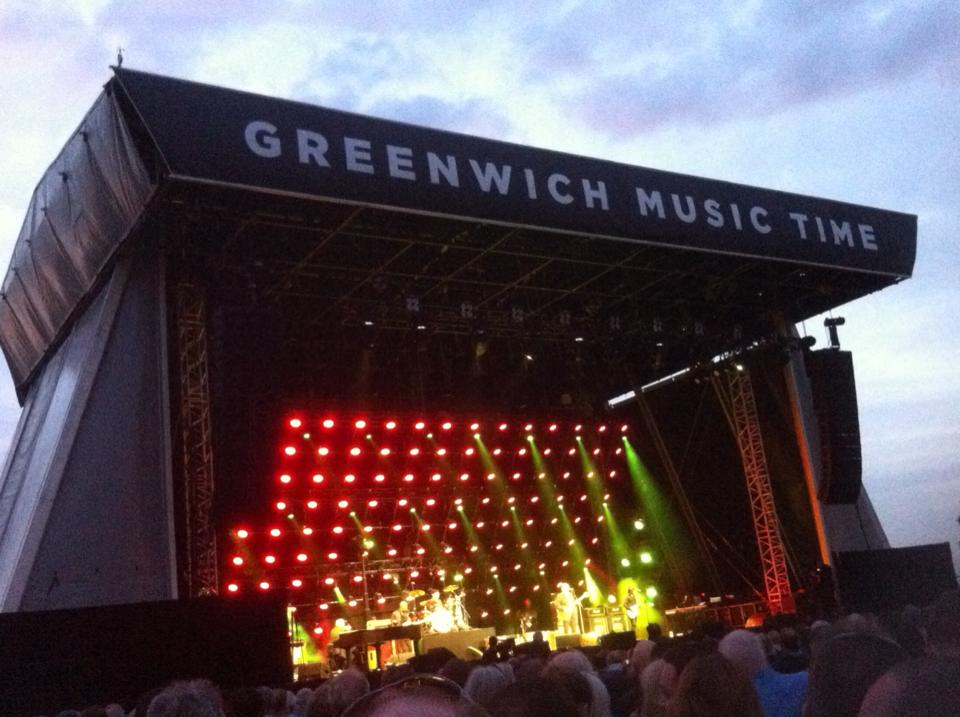 The show is, musically speaking, impeccably designed. Bonamassa carefully selects tracks from his most favourite albums of the era, like Jeff Beck's Beck-Ola (Rice Pudding, Spanish Boots) or Eric Clapton's 461 Ocean Boulevard (Motherless Children, Mainline Florida) to be performed and he does so as masterfully as all those artists would have possibly wished for.

Despite surprisely being, at times, vocally lacklustre in tonight's performance, Bonamassa is slick and pitch-perfect on guitar as always. Supported on stage by a very highly skilled band, in which particularly Anton Fig on drums and 2015's Inductees Rock'n'Roll Hall Of Fame keyboard player Reese Wynans talent shine through the entire show, Bonamassa offers a superb delivery of Cream's SWLABR, from that monumental album that is Disraeli Gears followed by an incredible and very intense Zeppelinian medley of Tea For One and I Can't Quit You Baby.

The encore of Sloe Gin, one of Bonamassa's biggest hits, is the only exception to the theme of a perfectly calibrated show. In this beautiful and fresh English summer night, Joe Bonamassa successfully demonstrated once again why he is one of the most venerated guitarists and performers worldwide. A very solid performance, perhaps not at the same level of the famous Royal Albert Hall in 2009 or, more recently, at The Hammersmith Apollo for The Tour De Force but still a true statement of class and brilliancy from one of the most talented guitarists of this generation.