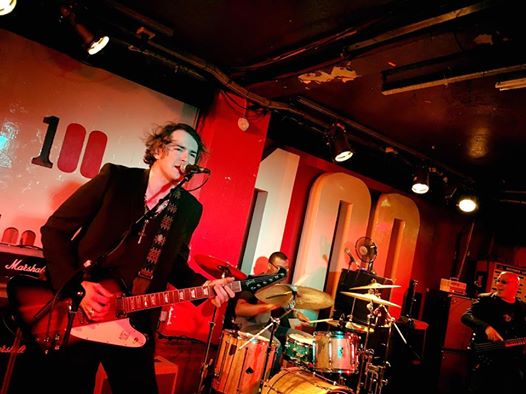 There is a special connection between Europe and that very talented guitarist and singer/songwriter that is Ryan McGarvey. The NeverEnding Tour that McGarvey is carrying since the release of The Road Chosen album in 2014 has taken the artist from Albuquerque, New Mexico through various European countries in the latest leg of a tour that is costantly proving how much the American artist is not just hugely loved in his own country but in several parts of the world too.

The United Kingdom belongs undoubtedly to those places of the world above mentioned, where McGarvey's artistry is growing exponentially as the years go by. As a consequence, there could have been no better places to close the European part of the tour than the UK capital London.

The 100 Club is one of those places that belong to rock and roll history. Located in the heart of London, the club has seen performing in the last half a century the cream of the music industry worldwide, from The Stones to the New York Dolls and many more and the list would go on forever. McGarvey is tonight sharing the bill with other worldwide artists, some of those long time friends like Erja Lyttinen, the finnish guitar prodigy whose career has also been followed closely by our website. 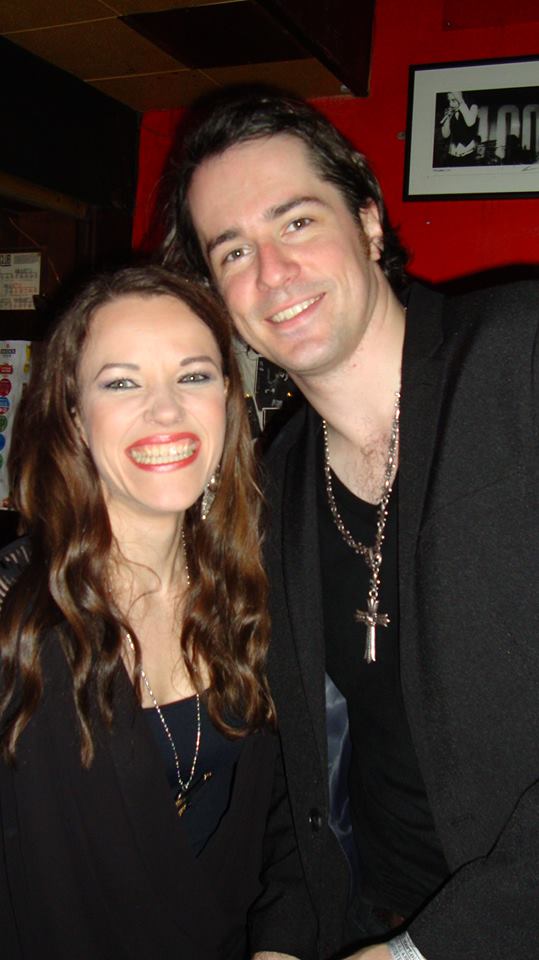 McGarvey is accompanied on stage tonight, as it has been happening for the last 12 months, by the talented drummer Christopher HIll and by one of the giants of bass guitar of all time like Carmine Rojas. The set is a shorter one, in comparison to the two-hours shows that Ryan McGarvey is use to play every night but the hour of music that Yours Truly and the rest of a jam-packed venue is going to witness tonight is truly intense and of supreme beauty.

The American Guitar Maestro shows, once again, why he is one of the most talented and respected blues/rock guitarists worldwide in no time, by launching himself and his band in a solid performance of Blues Knockin' At My Door.

McGarvey's style is incredibly versatile. His guitar sound flies flawlessly in the air sometimes gracefully, through suave melodies and tales of broken hearts or wildly, as in one of McGarvey's all time masterpieces that is Memphis.

There are lots of smiles between McGarvey and his band, throughout the whole show. A clear sign that the musicians are not just enjoying themselves on stage and entertain wonderfully the full house of The 100 Club but they are also feeling that tonight, there is something extra special in their performances. When McGarvey introduces, as next song, one of the fan's most favourite tunes, Blue Eyed Angel Blues, The 100 Club literally erupts. Ryan McGarvey is not just one of the finest guitarists worldwide but also a truly excellent singer and this song proves it all through a remarkably sublime execution of this tune from his first album Forward In Reverse.

When the musicians exit the stage after the splendid Joyride, the crowd clearly doesn't want this show to end just and chant so loudly McGarvey's name for the next 5 minutes that the American artist cannot certainly refuse an Encore for the loving crowd of The 100 Club. What follows is a spectacular version of another of McGarvey's most loved hits, Mystic Dream, in which this incredible Guitar Virtuoso launches himself plus Rojas and HIll in 12 minutes of absolute rock hysteria, in a sonic attack of the finest quality.

McGarvey couldn't end the European tranche of his tour in a better way or with a better performance than the one witnessed tonight in London. His fans on the other side of the pond and the artist himself both know that they certainly won't be waiting very long to see the return and hear the magic that comes from the guitar and the voice of one of the most loved and most talented artists of the last decade.