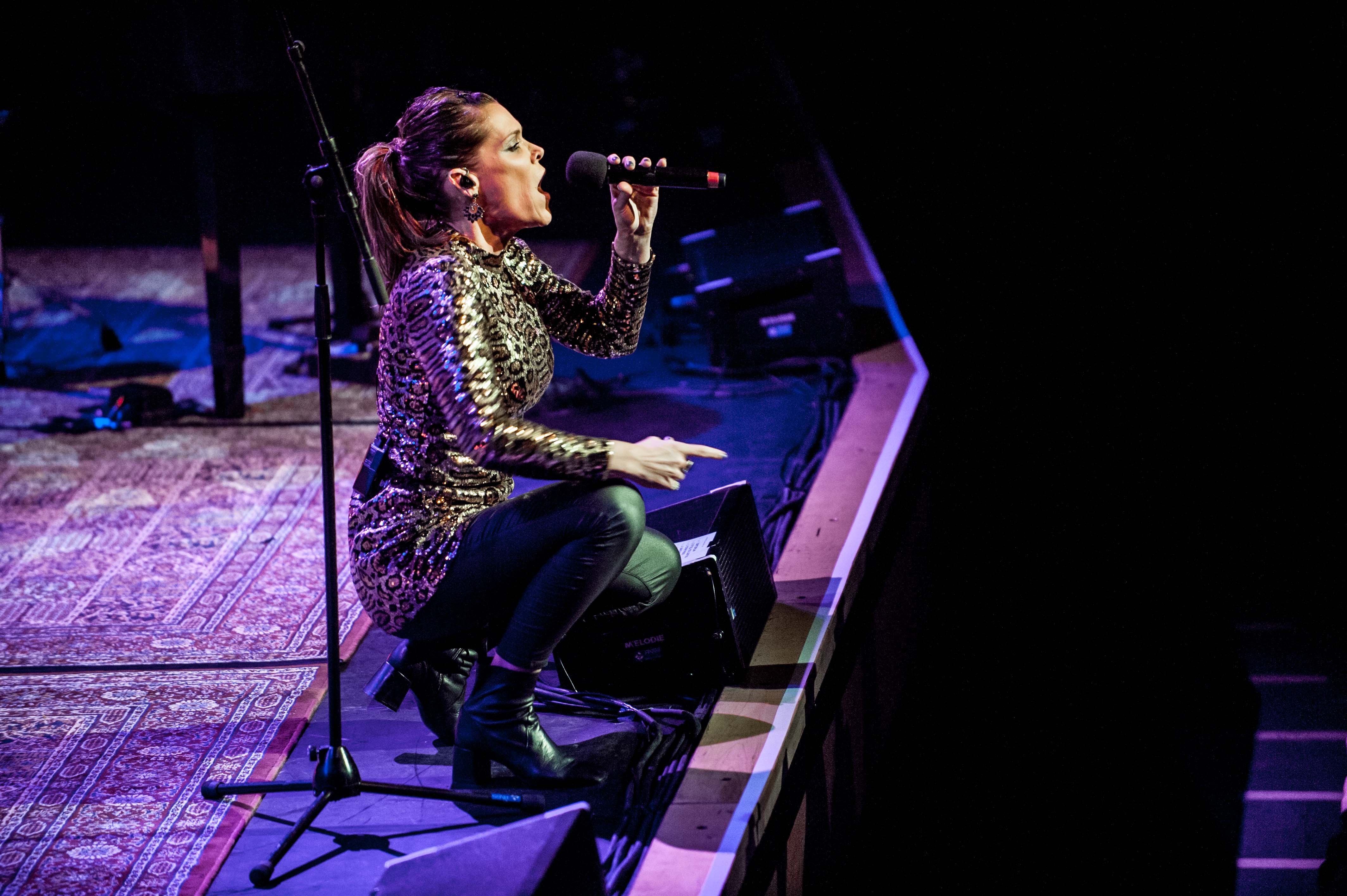 It has been a very successful year, professionally, for the L.A. singer and songwriter Beth Hart. Still fresh from the successful 2015 album Better Than Home, this powerhouse artist has just released a brand new album in Europe called Fire On The Floor, an album that has been welcomed by unanimous appreciation both from her fans and the music press. The album, which will be released in early 2017 in the States, is Hart's personal masterpiece to date, thanks to a fabulous alchemy of deep, intense songwriting, perfectly balanced musical arrangements and Hart's irresistible singing style.

Beth Hart has been and still is on a sort of Neverending Tour, in-between the Better Than Home and the Fire On The Floor albums. Among the many places in the world where the Californian artist is highly respected and loved, the United Kingdom has had, in the last three or four years, a fast-growing love, respect and appreciation for Hart's intensity, passion, disarming honesty and insanely great talent.

We catch Beth Hart live in London, on the last night of the UK leg of the Tour, who has recorded an impressive series of sold-out concerts, night after night throughout the whole country. When the lights go down, at 8.30pm sharp, Hart surprises the whole crowd by entering gently the Hall from the stalls, rather than the stage, on the notes of Billie Holiday's classic Don't Explain.

Judging from the initial ovation tributed to Hart's entrance, it is very clear that the crowd is expecting a pyrotechnical performance from the American artist tonight. The warmth coming from the very excited London crowd might have been, perhaps, a bit too overwhelming for this incredible singer/songwriter, creating inadvertantly a little backfiring effect. Beth Hart shows some initial tension in the first half hour of the show, maintaining her powerful voice at a much lower level, compared to what her fans are used to listen to, on songs like If I Tell You I Love You and Can't Let Go.

Once the L.A. artist starts to loosen up, the quality of her performance goes up three notches, showing why Beth Hart is so much loved and respected by so many people of different age ranges around the world. She can become on stage either the hottest rock chick in town, when she delivers the foot-stomping new song Fat Man (dedicated ironically to the new U.S. President) or be the tenderest, most passionate human being on Earth, when she opens up the deepest chords of her tormented soul in the irresistible 4-songs sequence of St. Theresa, Good Day To Cry, Sister Heroine and Leave The Light On. 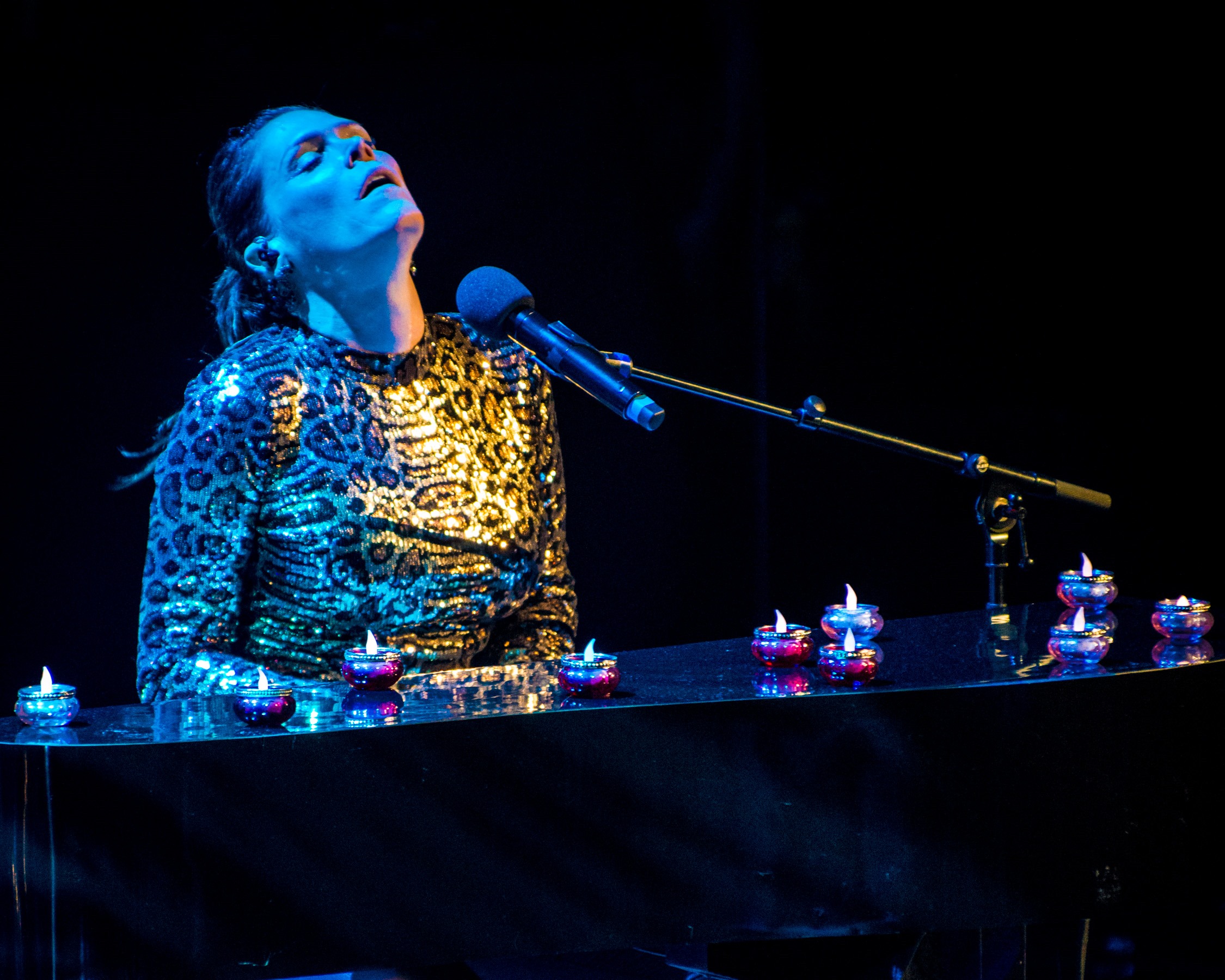 There is nothing that can stop Beth Hart from this point on tonight's show. The crowd is visibly on her feet and the American singer/songwriter keeps the momentum of the night high by bringing the show to the end with a musical knock-out with Delicious Surprise and the splendid Tell Her You Belong To Me.

But the night is not quite over yet. The crowd screams incessantly for more and Beth Hart is not certainly somebody that pulls back, when it comes to return all the passion that she has received tonight by the Royal Festival Hall's full house. The new album title-track Fire On The Floor sees perhaps the best vocal performance of the artist on the night, to the point that she receives another standing ovation by the whole house. Mama, This One's For You, dedicated to Hart's mother DorothyLee, creates the perfect platform to close the show with a spectacular cover version of  Etta Jame's I'd Rather Go Blind, Hart's closing signature piece of her shows of the last 3-4 years.

An irresistible performance from one of the most talented and skilled artist of this generation, even despite the shaky start of tonight's show. It must be the magic of Xmas approaching, because the Londoners have witnessed, tonight, the only flying-indoor comet they are ever likely to see in their lives. That comet is called Beth Hart.