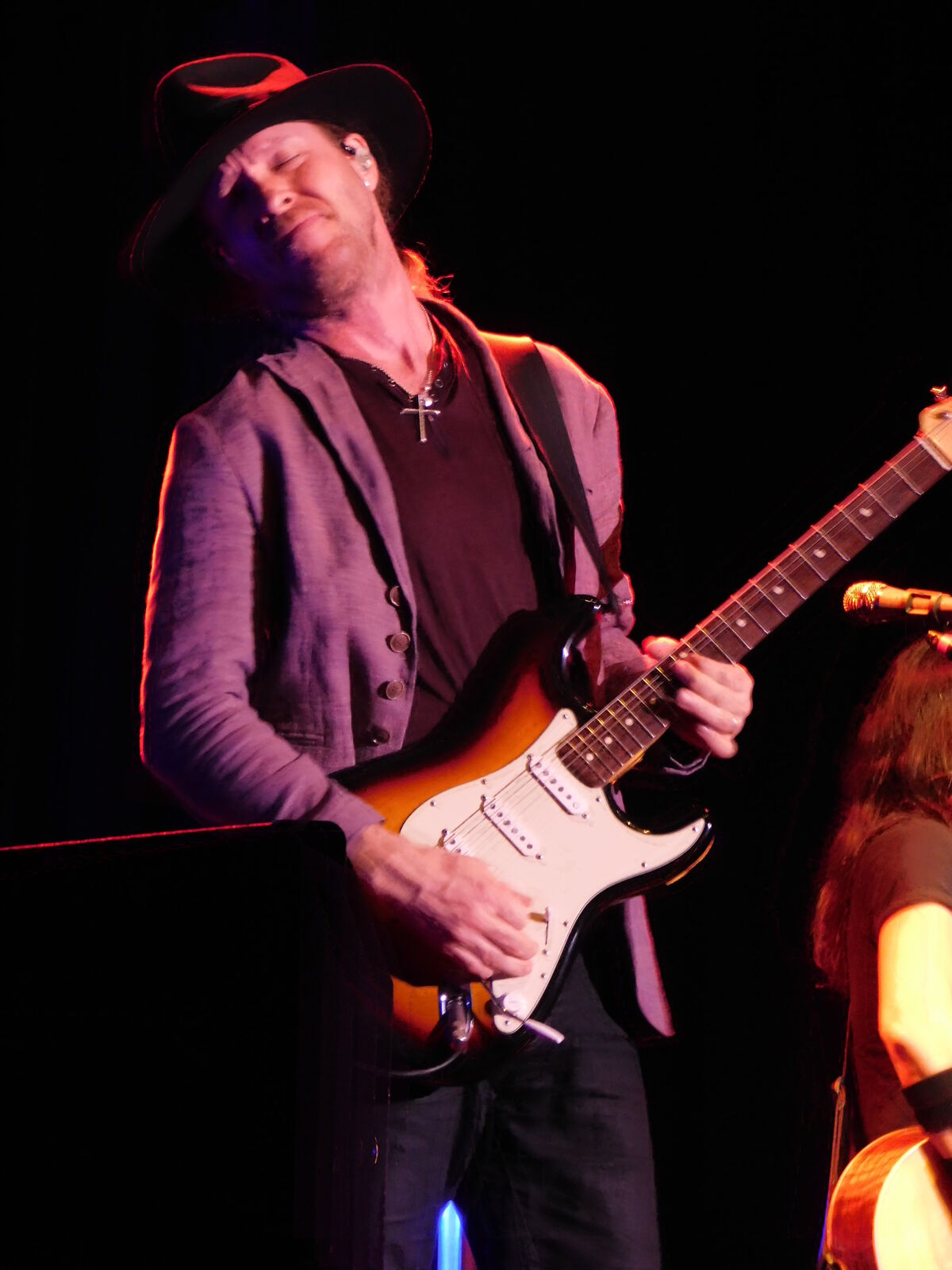 With a brand new album just released and called The Traveler, a record that confirm once again Shepherd as one of the most talented guitarists and singer/songwriter of the contemporary music scene, the Louisiana-born Artist arrives in the United Kingdom following a long series of sold-out dates not just in his native country United States but also in several countries in Europe.

To open up what promises to be an intense and powerful night of great music, the Texan Country/Folk singer/songwriter Jarrod Dickenson, accompanied by his wife Claire on stage, gifts the audience with a soulful and splendid acoustic performance that displays in full the reasons why Dickenson is considered, by many, a rising star of the genres.

When, later in the evening, at 8.30pm sharp the lights go out and the local MC announces the arrival on stage of Shepherd and his band, a huge roar comes from the crowd, a roar that increases even more in decibel when the guitarist attacks the show with the powerful R&B sound of Woman Like You, the song that also opens his new studio album.

It is rather remarkable the way Shepherd has moved forward, through the years and musically speaking, constantly keeping alive and strong the interest on his music from old and new fans of the artist from Shreveport, Louisiana. 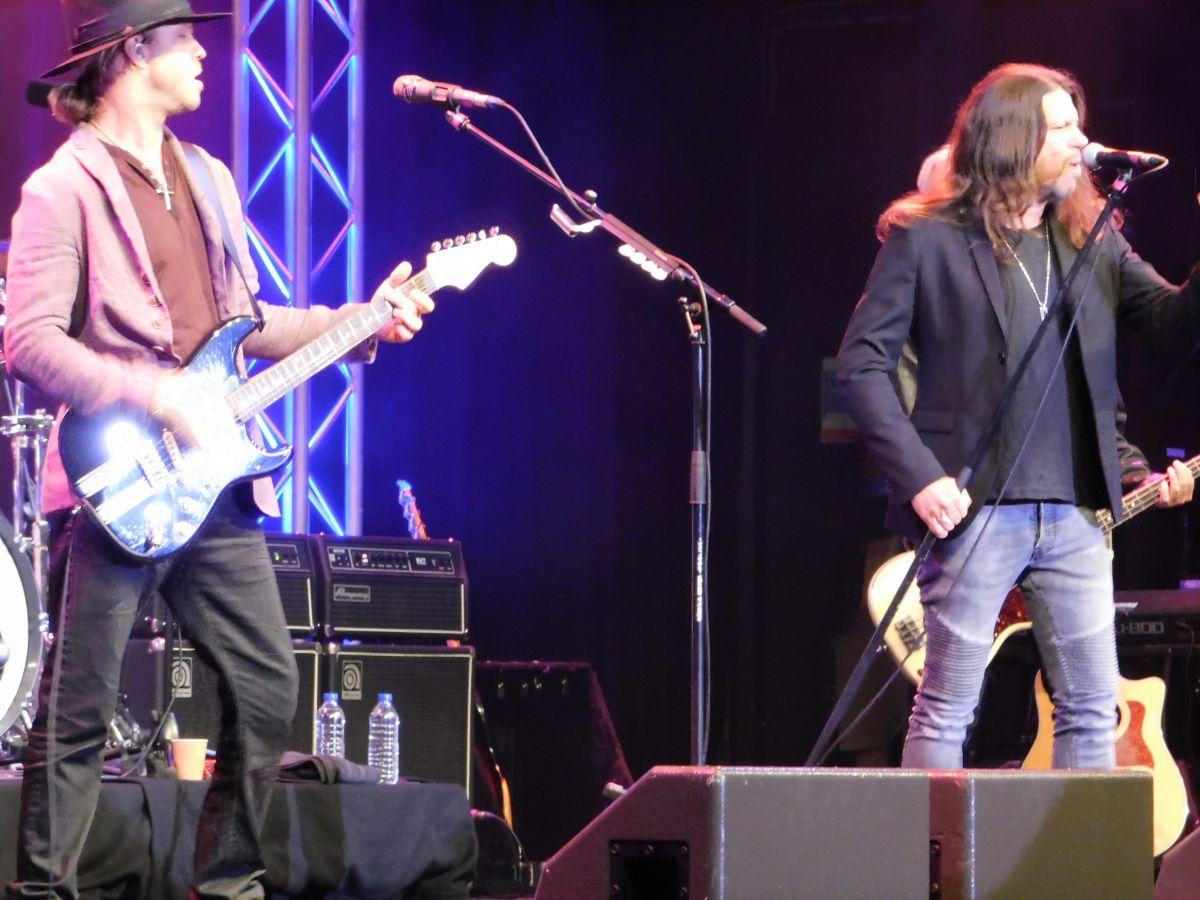 Whilst Shepherd's enormous talent as a guitarist has never been in discussion from Day One and keeps getting better and better as the years go by, it is also very impressive to see on stage his growth of confidence as a singer, a responsibility that Shepherd now shares even more often with his long-time hugely talented fellow band-mate and personal friend Noah Hunt.

Kenny Wayne Shepherd, in the 90 minutes that will follow the opener Woman Like You, brings on stage the best music artillery that every respectable music fan can dream to see in a live show. Between the slowed down Blues of I Want You, the swaggering R&B of Diamonds & Gold, which brings the best part of the crowd to get up and dance and the thunderous Long Time Running, where that living legend that is Chris Layton displays a highly impressive and irresistible performance on drums, tonight's audience finds increasingly difficult to stay seated, showing a level of excitement and participation to the show of the highest scale.

A scale that gets to the point of a long and well deserved Standing Ovation from the crowd, at the end of Heat Of The Night, a song where Shepherd literally brings the whole house down with a breathtaking seven-minutes guitar solo of incredible depth of talent, where the passion, the soul and the power of an artist like Shepherd shine in all their beauty.

Joe Walsh's cover of Turn To Stone is equally intense, with Hunt delivering another big and powerful vocal performance and Shepherd showcasing once again, his insane ability as a guitarist.

By the time the show reaches the Encores, the whole City Hall is up and dancing. The magnitude of the roar that welcomes the band's return on stage and Shepherd's biggest commercial hit, Blue On Black, with the crowd singing the choruses together with Hunt, is truly impressive.

In true Shepherd's tradition, Hendrix's Voodoo Chile seals the show in the best way possible. The eight and a half minutes of Hendrix's cover represent, in many respect, the core of what it is all about Kenny Wayne Shepherd. The focus, the peak of adrenaline running through his fingers on guitar, the concentration and the strength of his performance are formidable and ultimately confirm why Shepherd is so loved and respected by several thousands of fans around the globe and by fellow artists too.

There might be a lot of shiny stars in Salisbury's sky tonight, but none of them was capable to be as shining as the one that stopped at the City Hall tonight. That star was Kenny Wayne Shepherd.